https://www.nelsonkon.com.br/
BROWSE ALL FROM THIS PHOTOGRAPHER HERE
↓ 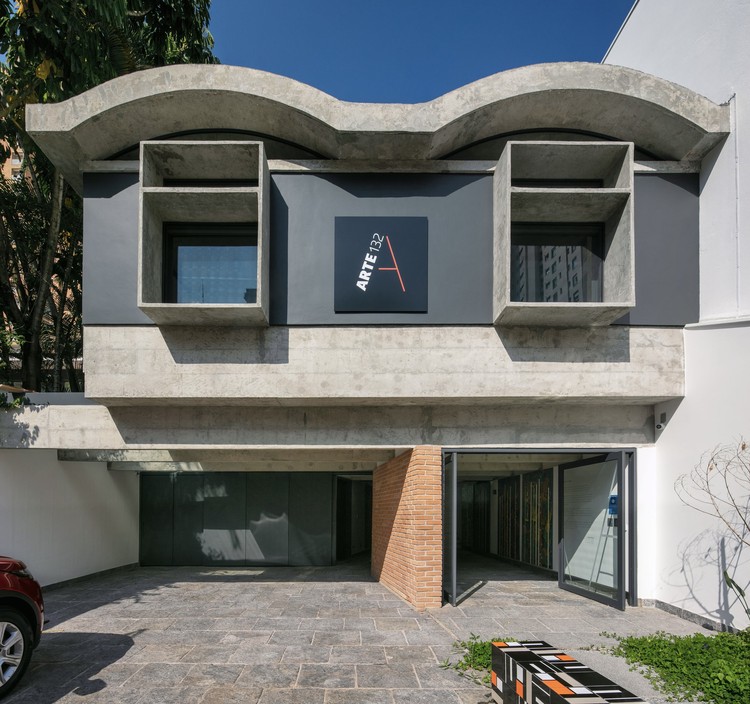 Kitchens as we know them today have functionality as their main feature and for that their space was historically organized from an industrial logic. The development of home appliances and the precise definition of the layout guarantee a functional floor plan and the optimization of work in the kitchen. As part of this layout we find the worktops, horizontal half-height surfaces that have multiple uses and, therefore, many possible configurations. 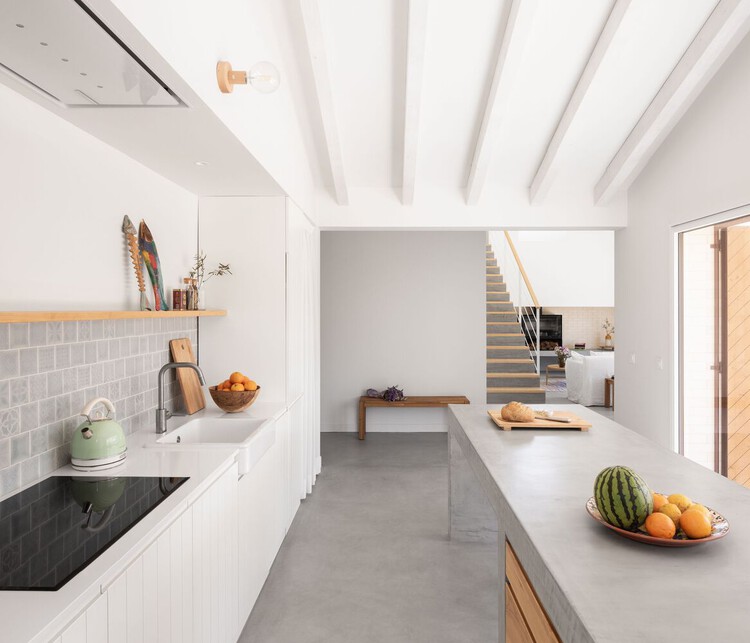 As the climate crisis continues to present itself as a significant threat to the future of the ecosystem and built environment, this year's IPCC report, titled Climate Change 2022: Impacts, Adaptation, and Vulnerability, found that while adaptation efforts are being observed across all sectors, the progress being implemented so far is greatly uneven, as there are gaps between the actions taken and what is needed. On this year's Earth Day, we explore the progress being made by governments and architects to achieve net-zero operations within the next decades. 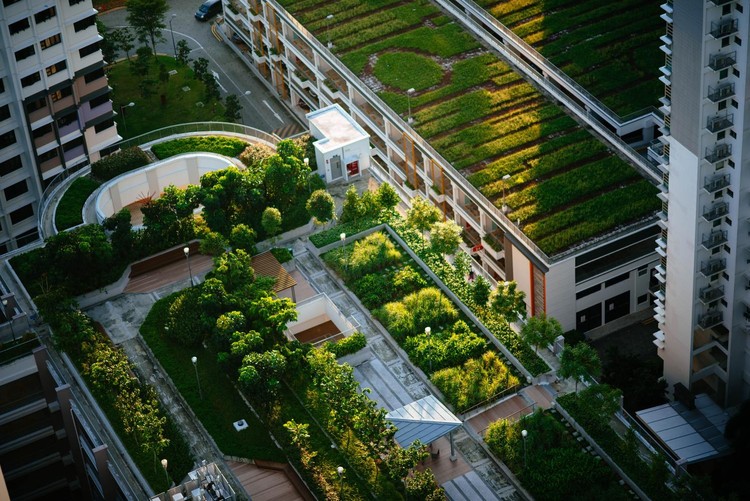 As with any industry, most skills are acquired through years of hands-on working and problem solving, and not just what's taught at school. For fresh architecture graduates, engaging with general contractors, engineers, and builders during their first site visits might feel overwhelming, especially since they are exploring the practical side of the practice.

Among the many things acquired on site are the terminologies used by construction workers that may not have been necessarily taught at school. And while an architecture dictionary might seem like the most suitable solution, carrying around a book with over 25,000 terms such as Cyril M Harris' Dictionary of Architecture and Construction wouldn't be the most convenient on a construction site. This is why we have put together list of 50 construction terms and concepts that every architect will come across at least once during their practice. 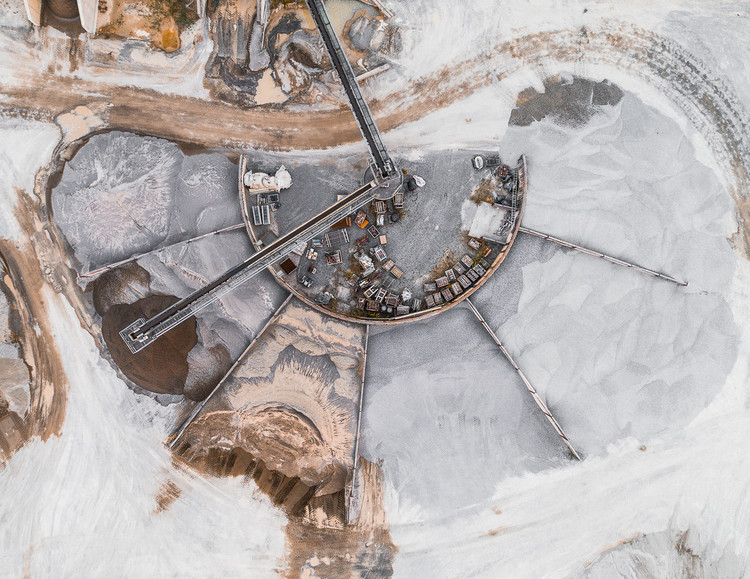 Mies Crown Hall Americas Prize announced the full list of jurors for its fourth edition, chaired by Sandra Barclay of Barclay and Crousse Architecture, and just released the nominated projects comprising 200 built works in North and South America, for MCHAP 2022 and 50 projects for MCHAP.emerge 2022. 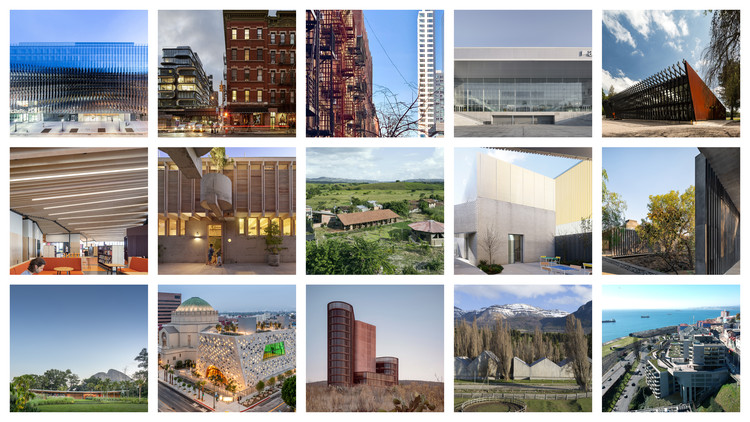 The Comeback of Curved Design: Materials That Can Bend and Curl

Take a second to imagine a building or a room. Chances are you are envisioning flat rectangular surfaces and straight lines. Whether it be walls, beams or windows, most architectural elements come in standard and extremely practical orthogonal shapes. However, the pandemic has shed light on designs that are not only functional, but also that improve our mood and well-being. In that sense, the power of curved, free-flowing surfaces is unmatched, which explains why they have been making a comeback as a modern design trend. Adopting beautiful nature-inspired shapes, organic curls and bends energize rooms and make users feel good. In fact, neuroscientists have shown that this affection is hard-wired into the brain; in a 2013 study, they found that participants were most likely to consider a space beautiful if it was curvilinear instead of rectilinear. In short, humans love curves.

Few cultural events bring the world together like the Olympics. Today, athletes from around the world continue to participate in a variety of competitions after the covid-19 pandemic. The Olympic Games are considered the world's foremost sports competition with more than 200 nations participating. In turn, they bring to question the role of architecture and design in each host city's urban evolution. 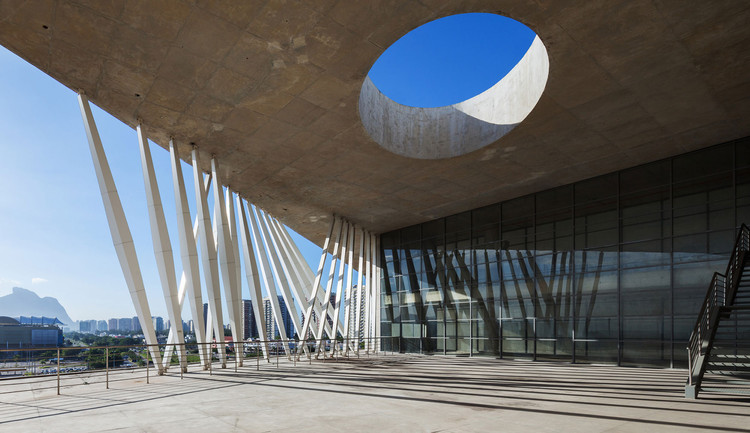 For most people, modern living requires spending most of the day in interior spaces - in fact, according to a report by the Environmental Protection Agency, the average person spends around 90% of their life indoors. As a result, this implies missing out on health benefits associated with sunlight exposure, such as vitamin D absorption, regulation of circadian rhythms, higher energy levels and even improved mood. Thus, one option is to increase the amount of time we spend outdoors. But because most daily functions are carried out inside buildings, it is crucial to incorporate and prioritize natural lighting in interiors.

Light as a Design Statement: Creative Ways to Use Artificial Lighting

Light serves an essential purpose in architecture: to help us see. Whether it be through natural or artificial methods, rooms must be illuminated accordingly so occupants can safely inhabit them and fulfill their daily functions. When the right system is selected, light can also contribute to energy efficiency and sustainability within the building as a whole. However, apart from its evident functional and environmental value, lighting design can vastly impact the visual comfort and aesthetic tone of interiors by drawing attention to textures, enhancing colors and defining volumes. Therefore, of the many pieces involved in interior design, lighting is certainly one that can enhance or destroy a space and even affect users’ well-being, which is why it should be considered a crucial design element by itself.

Dining Rooms: Their Importance and Possibilities in Plans

The word commensality refers to the act of eating together, sharing a meal. Much more than a mere function of essential human need, sitting at the table is a practice of communion and exchange. An article by Cody C. Delistraty compiles some studies on the importance of eating together: students who don't eat regularly with their parents miss school more; children who do not have daily dinner with their family tend to be more obese and young people in families without this tradition can have more problems with drugs and alcohol, in addition to poorer academic performance. Evidently, all these issues raised are complex and should not be reduced to just one factor. But having a suitable place to have meals, free from distractions, is a good starting point for at least one moment a day that is focused on conversation and food. This is where dinner tables come in. In this article, we review some projects to classify the most common ways to deploy these important pieces of furniture. 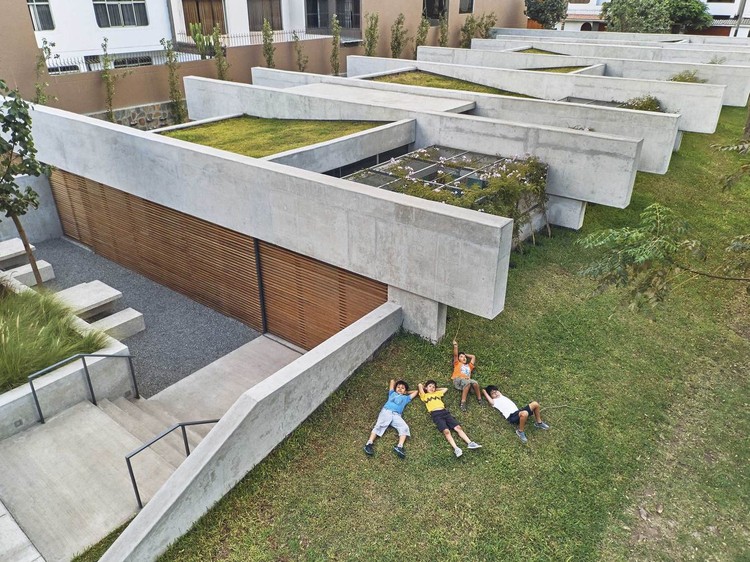 Researchers credit the Hanging Gardens of Babylon as the first examples of green roofs. Although there is no proof of its exact location and very little literature on the structure, the most accepted theory is that King Nebuchadnezzar II built a series of elevated, ascending terraces with varied species as a gift to his wife, who missed the forests and mountains of Persia, their local land. According to Wolf Schneider [1] the gardens were supported by brick vaults, and under them, there were shaded halls cooled by artificial irrigation of the gardens, with a much milder temperature than the outside, in the plains of Mesopotamia (present-day Iraq). Since then, examples of green roofs have appeared all over the world, from Rome to Scandinavia, in the most diverse climates and types.

Nevertheless, inserting plants on roofs is still viewed with suspicion by many, as they are thought to be costly and difficult to maintain. Others, however, argue that the high implementation costs are quickly offset with savings in air conditioning and especially that occupying the building's fifth façade with vegetation is, above all, a rational solution. In any case, the question remains as to how green roofs can really help with climate change. 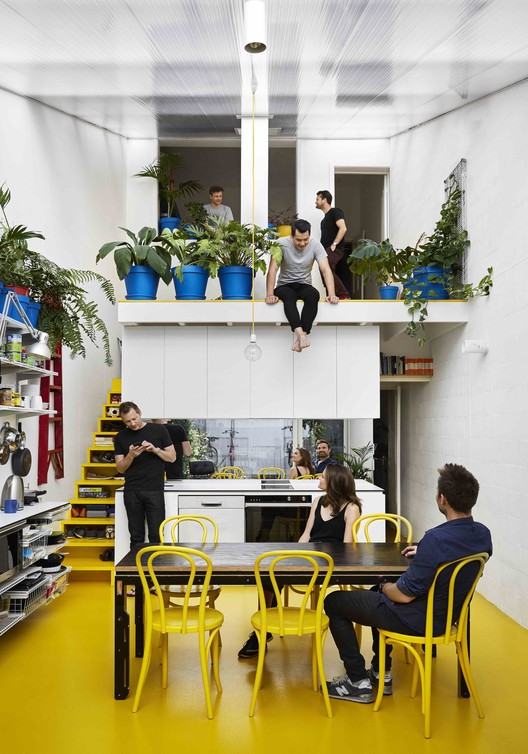 Not every architectural project can incorporate a landscaping project, consider a garden or access to ample green space. Smaller spaces need more creative strategies to incorporate vegetation. Regardless of the context, plants offer benefits in all types of spaces, such as indoor temperature regulation, an option for sustainable production on a smaller scale than a greenhouse, in addition to their aesthetic qualities. In this article, we present 4 simple strategies and a selection of examples for incorporating plants in small-scale spaces, all of which can be found in Architonic's Planting section.

Paulo Mendes da Rocha will be remembered for the great formative role he had. His architectural creation debated life above all, raising questions and challenging ready ideas and conformity. He consolidated an influence short of language or aesthetics, formed mainly by the way of acting and thinking, in which each project was an opportunity for transformation. His ideas and designs overflowed the limits of the program, place and materiality, always bringing a new point of view to achieve revolutionary simplicity.

Due to its ability to mold and create different shapes, concrete is one of architecture's most popular materials. While one of its most common uses is as a humble foundation, its plasticity means that it is also used in almost all types of construction, from housing to museums, presenting a variety of details of work that deserves special attention.

Check out this collection of 40 projects that highlight the use of concrete. Impressive!

Natural Ventilation Isn't the Most Efficient Solution in All Cases

Ventilation serves two main purposes in a room: first, to remove pollutants and provide clean air; second, to meet the metabolic needs of the occupants, providing pleasant temperatures (weather permitting). It is well known that environments with inadequate ventilation can bring serious harm to the health of the occupants and, especially in hot climates, thermal discomfort. A Harvard University study demonstrated that in buildings with good ventilation and better air quality (with lower rates of carbon dioxide), occupants showed better performance of cognitive functions, faster responses to extreme situations, and better reasoning in strategic activities.

It is not difficult to see that ventilation plays a vital role in ensuring adequate air quality and thermal comfort in buildings. We have all felt it. But when we talk about ventilation, a light breeze from the window might come to mind, shifting through our hair and bringing a pleasant aroma and cooling temperature that brings fresh air and comfort. In mild climates, this experience can even be a reality on many days of the year. In harsh climates or polluted spaces, it could be quite different.

The Unhão complex, constructed in Salvador, Brazil in the 17th century, consisted of a sugar mill with a big house, chapel, and slave quarters. At the time, Salvador was one of the largest and most important Brazilian cities, and its port was the site of a large portion of the Portuguese colony's sugar exports, an economy fueled primarily by slave labor. The ensemble drew the attention of Italian-Brazilian architect Lina Bo Bardi at her first visit in 1958, during which she spent some years working and teaching in the city. Following Bo Bardi's decisive contributions, the buildings were restored and became the new home of the Museum of Popular Art and the Popular University. But within the whole complex, the element that draws the most attention for its plasticity, functionality, and symbolism is the helical wooden staircase.