A building architect who writes.

Humans try very hard to make the inexplicable understood. Our spirituality becomes religion. Fairness becomes law. And what delights us becomes aesthetics, and aesthetics are dumbed down to “style” in fine arts and architecture. The description, then definition, of aesthetics enables us to judge, and hopefully, control what thrills us: "Styles may change, details may come and go, but the broad demands of aesthetic judgement are permanent". -- Roger Scruton

But the instant delight we sometimes feel when we hear, taste, think or see parts of our experience is unreasoned in its apprehension. We try to create value in our outcomes by defining them beyond experience – that is aesthetics.

The Future of Visualization May Be The Past

We deal with buildings every day. We sleep in them, work in them, live our lives using their accommodation. But like a song or a painting, a person usually helps create them, with those who use and build them, then the world receives that work. But before they are built, buildings are just ideas. 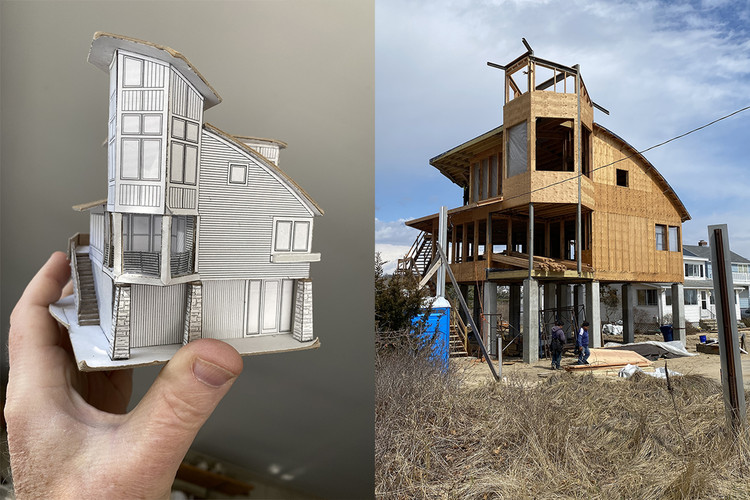 Almost no one buys an automobile for its stated price with cash on hand, so those looking to buy a car look to what the cost will be each month to own their automobile. Homes are our deepest investment, and most homeowners are equally as proud of their home as they are of their car and are terrified of its cost. So it is not surprising that “Net Zero” homes use the same sales tactic, proving their value by promising no monthly energy bills.

The Architectural Pandemic of the “Stick Frame Over Podium” Building

In case you missed it, our world continues, after two years, to suffer cultural spasms in response to unseen, unrelenting, and deadly infective agents that continue to wash over entire populations, spreading fear, illness, and death.

The U.S. is also suffering a quieter—but equally invasive—architectural plague, metastasizing into every part of the country. This architectural contagion has largely escaped criticism, but not since the raised ranch has an architectural “type” so fully transformed communities. In the 1950s, thousands upon thousands of dumbed-down Prairie Home allusions swept across fallow suburban farm fields like a wildfire. More than style, the half-buried lower level and split floors (one half-stair run apart) were a new way to explore how buildings could house people, especially in rapidly suburbanizing America.

Where is Architecture Going After the Pandemic Fades?

In terms of Covid, 2022 is more likely to be like 1920 than like 2020 or 2021. “Change or die” is a cliché, but often a true one. The past two years under the pandemic have forced many kinds of changes across society that may have helped prevent a lot of deaths. But many other aspects of our culture had already been changing in ways that predated the pandemic, gradual shifts that, once Covid hit, became instant and ubiquitous: remote work, remote learning, the dominance of online shopping and the death of brick-and-mortar retail, the obsessive focus on health and well-being. All of this, and more, is now a fundamental aspect of our daily lives.

Architecture is Human: But Beauty is Found Everywhere

If Nature had been comfortable, mankind would never have invented architecture. - Oscar Wilde

Architecture is human. Despite their exquisite beauty,  burrows, hives, nests and anthills are creations of instinct.  Design by humans considers options, means and methods of creation, solving problems of desire, beyond functional accommodations. 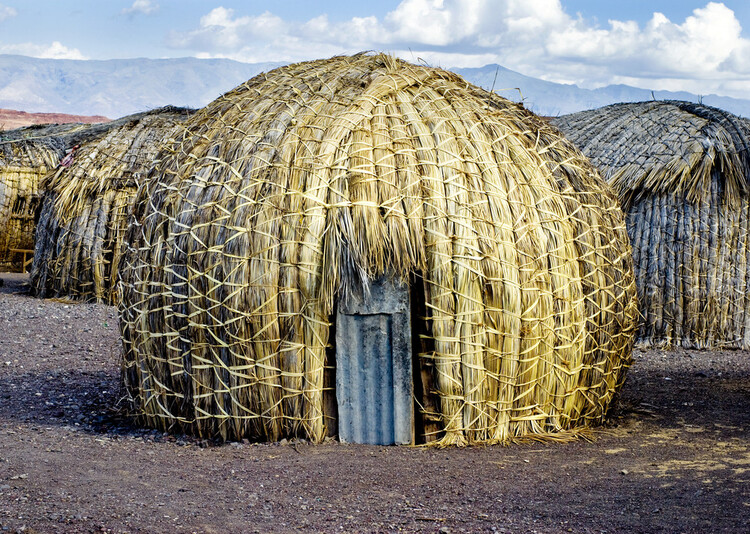 A 2021 Moment In Architecture That May Define The Future

Some years end up being cultural pivot points. 2021 was one such year, with COVID-19 as the first existential threat to our culture since World War II. Architecture will change as a result, and may evolve in public perception to value motivations as a criteria for understanding it, versus valuing outcomes as the validation of any particular aesthetic. 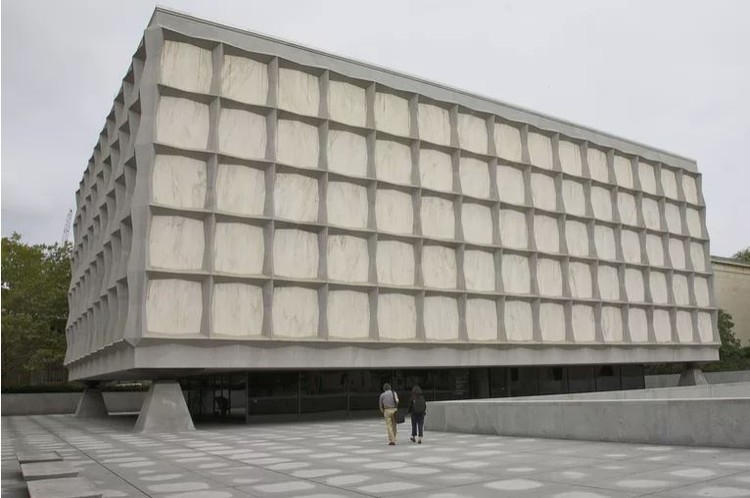 The End of Editors: The New Practice of The Self-Promoting Architect

When the 2008 Great Recession destroyed advertising revenue for all of publishing and limited the cash that architects had for PR and photographers, the established way of promoting architects and architecture was brutally compromised. That same moment saw the instant availability of smartphones, with insanely good cameras, huge memory, and soon 5G transmission. Those technological revolutions turned graphic duffers into artists. Anyone can now photo, video, and narrate any perception anywhere, instantly, free - and share universally. The cliché of saying that the internet “everything changed” is true in how the world sees architecture.

This one-two punch of fiscal devastation and technological revolution has realized a New Practice; the Self-Promoting Architect, independent of the Machine of Defining Cool in architecture.

Adapting The Sacred To Be Profane

It is easy to show cool images of adaptive reuse. The contrast of living history and control over it makes for dynamic visuals. But there is a deeper meaning to adaptive reuse. Architecture embodies humanity and humanity changes, so our buildings change.

The Impossibility of Equity

“Equity” is a moving target. We who create architecture want our devotion to have a true forum of objective Equity. But motivations are not outcomes. How we judge design inevitably carries the baggage of “Style” and that makes universal equity in design apprehension impossible.

Local Can Be Universal

In the 14th century, Geoffrey Chaucer wrote “Familiarity breeds contempt”. By definition “local” is “familiar”. Why are humans so thrilled to go beyond the familiar, the local, and reach for what is new, universal, and salvational? The word “local” has the weight of true value, like “density” or “sustainable” But the lure of connection between all humans is powerfully seductive, and that desire to connect almost always falls short of our hopes. 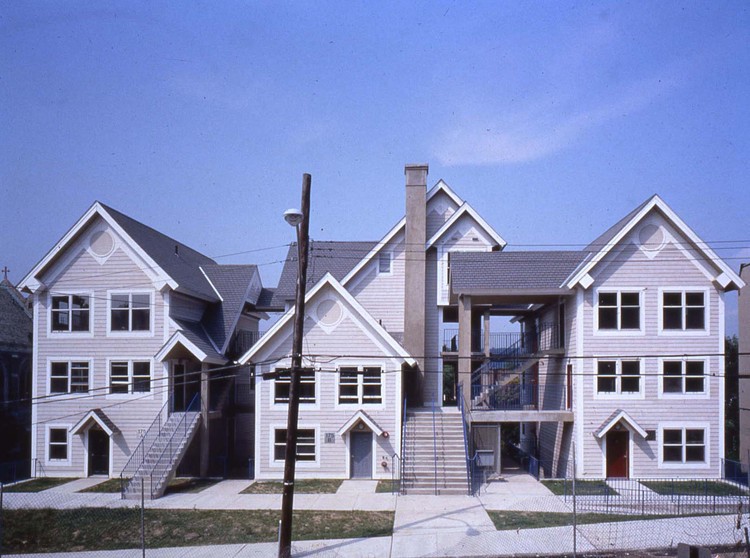 Before “Colonial” There Was Immigrant Architecture in North America

There is an architecture of the migrant. It is survivalist, built with what is available, made as quickly as possible, with safety as its core value. Americans romanticize that architecture as “Colonial”: simple timber buildings, with symmetric beginnings, infinite additions, and adaptations. But “Colonial” architecture is not what was built first by the immigrants to a fully foreign land 400 years ago. Like all migrant housing, time made it temporary and forgotten.

Is Apprenticeship the Way That Architectural Education Stays Relevant?

In this week's Common Edge piece, Duo Dickinson explores his personal journey from teaching to practice to teaching again, and the differences he perceived. Stating that "no one today believes that school can fully prepare students for what architecture will become in 10 years", the author explains how architectural education has been evolving and questions what could be the best ways to ensure that education remains relevant.

The Religion of the City: Cars, Mass Transit and Coronavirus

Religion is a uniquely human reality. As are cities. As we emerge from our burrows of sequestration, the silent cities and places of worship will become human again, versus the present sad memory of what they once were.

We will recover from another human reality, the pandemic and when we do we will be forced to address some questions. Before this century, the automobile was once seen as the way Americans could create a new reality: a huge middle class that could control its life by using the freedom that cars gave them to go where they wanted, when they wanted, and to live where they wanted. Before this latest change of sequestration, that vision of what cars meant to our culture was changing —especially in cities.

Some celebrate the failures of "Make It Right", Brad Pitt’s patronage in New Orleans. After Hurricane Katrina wrecked New Orleans in 2005, celebrated architects like Frank Gehry, David Adjaye and Thom Mayne created art for a foundation set up by Pitt. A local architect, John C. Williams was hired to turn designs from those starchitects into buildings with a directive to use the best sustainable materials available.

Are Cities Over? Not So Fast

When things change, we change the way we live.

Questioning where we live, even in an era of telecommuting, Zoom education and mass transit avoidance, is a complicated, high-risk endeavor. Houses are unique. Whether we rent or own, for most people where we live consumes the greatest amount of money we make.

Covid-19 Has Raised the Question: Why Do We Design Buildings?

The pandemic has force-fed change into almost every aspect of our lives. What does that mean for architecture? I have been in my office 135 out of the 140 days since Connecticut Governor Ned Lamont declared “construction” (and all its constituent trades, including “design”) essential. For two months I was alone, then one employee for a day or two a month, then others, eventually all, but most still working from home. The office continued to function.