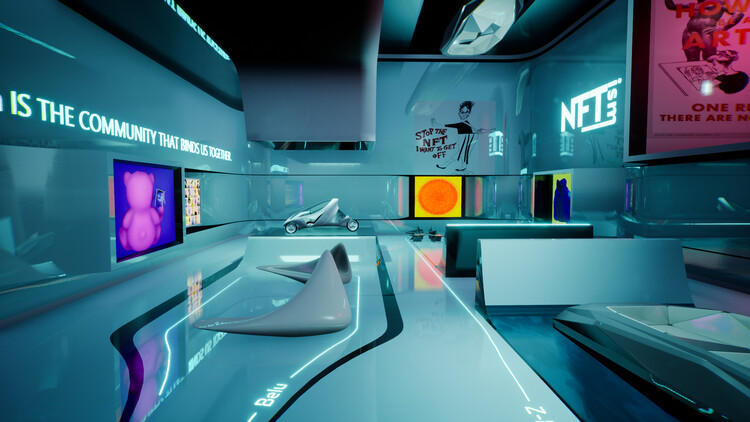 Due to unexpected circumstances, The Tallinn Architecture Biennale announced a new winning proposal for its Installation Programme Competition: Fungible Non-Fungible Pavilion by iheartblob, a new "decentralized and systematic" approach towards architectural design which allows the community to be both designers and investors, contributing to a structure that evolves over time. Rather than designing and building the structure themselves, iheartblob created an NFT generative tool; a parametric setup that allows individuals to design and “mint” their own objects.

OMA / Shohei Shigematsu, together with artists Charlotte Taylor and Nicholas Préaud, created a series of NFTs inspired by an underwater sculpture designed for the ReefLine project. Commissioned by Aorist for its climate-forward NFT marketplace, the video NFT Coral Arena unfolds a virtual narrative of the monument, simulating the evolution of the future physical artwork from an abstract object to being the support of an underwater ecosystem. The NFTs were unveiled during Miami Art Week, and proceeds from their sale will be donated for the completion of the ReefLine project.

In addition, Archdaily has been exploring the potential of NFTs for the field of architecture in a series of articles.

What Is NFT Architecture and How Is It Different from Regular 3D Models?

Nike recently acquired RTFKT, a design studio that was founded in Jan 2020, and is known for its virtual “metaverse-ready sneakers and collectibles”. Metaverse land purchases are making headlines with multi-million dollar price tags. We’ve also seen mainstream adoption for NFT art this year and the sales are expected to surge to $17.7 billion by the end of 2021. Beneath the hype and frenzy, we can spot a fundamental shift that unlocks a new creator economy.

Bitcoin, NFT's, and the Metaverse: Reflecting on the Year of Digital Real Estate and Design

Over the past year, there’s been a rush to buy properties, art, and land- but all of it exists in a virtual world called the metaverse. Although this world existed long before the pandemic, lockdowns propelled the online world to a new level, catching the attention of private buyers and brokerages alike who began to funnel tier money into this augmented reality. But how did this world emerge, what does the future hold, and can anyone join the virtual world? 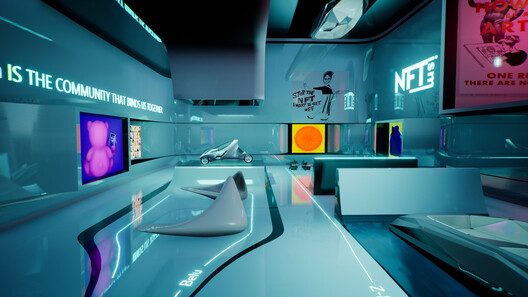