Save
Bitcoin, NFT's, and the Metaverse: Reflecting on the Year of Digital Real Estate and Design
Share
Or
Copy

Imagine if a few years ago you woke up to the news that someone paid more than one million dollars for three plots of digital land next to famed rapper Snoop Dogg’s digital mansion. You’d probably ask yourself, “What is digital real estate, and why would someone pay for that?” Over the past year, there’s been a rush to buy properties, art, and land- but all of it exists in a virtual world called the metaverse. Although this world existed long before the pandemic, lockdowns propelled the online world to a new level, catching the attention of private buyers and brokerages alike who began to funnel tier money into this augmented reality. But how did this world emerge, what does the future hold, and can anyone join the virtual world?

These new platforms that host digital realities feel like modern ungraded to the online worlds we lived in not so long ago through early internet games like Minecraft and The Sims. Except for this time, there’s much more money involved- these universes are built on blockchains and purchased with their own cryptocurrencies. Not only are you given the opportunity to create an online alter ego, make friends, share one-of-a-kind artwork, you can also buy and sell virtual items. While this new world feels a little unruly and filled with so much speculation, that hasn’t stopped people from spending large sums of money.

Part of this frenzy began with the rise of non-fungible tokens, or NFTs, were sold. It came largely into the public eye when one piece sold for nearly $70 million dollars. As the digital real estate world began to take note, and The Mars House, a functional home designed by Krista Kim was sold for nearly half a million dollars in March, investors began to build and sell make-believe properties of their own. For comparison, the average price of a home in the United States at the time that the Mars House sold was more than 100,000 dollars less. Only a few months ago, Facebook announced that it would be taking its claim in the metaverse, and even changing its name to Meta to show its dedication to living in a new alternate reality.

Would You Pay for Virtual Architecture? What the NFT Craze Means for the Future of the Design Profession

Now, even more, players have emerged in this field, such as Decentraland and the Sandbox. These universes are doing more than serving as sites for the next development. They’re also becoming worlds where people can attend virtual events like concerts and fashion shows, places to purchase clothes for avatars, and even purchase items that can be sent to your home. Some people are proposing virtual vendors where people can sell their own goods- sort of like an AR Etsy store. Big brands have already gotten into the business, with Adidas announcing a major investment in the last few weeks. Instead of creating completely new fake worlds, some are replicating famous cities and sites, like New York City and Las Vegas, allowing users to purchase a digital piece of a real-world building.

But if you’re not a millionaire, then the metaverse is also for you as most of these transactions are less than six figures. Most of the financing happens when purchasing the land itself, and then paying a builder to design and trick out their spaces with all of the amenities, finishes, and flashiness that they don’t have in their real homes. And if you can’t pay for it all at once, virtual banks are offering virtual mortgages to help out.

So what’s next for the virtual world of NFTs and real estate? Many claims that this is just the beginning, and the start of how we use the next iteration of the world wide web. Even new businesses are springing up to support these alternate realities, offering to manage digital assets, and digital construction, and digital wealth. When Justin Bieber performed a concert earlier this month, millions of fans didn’t have to miss out on physical venue tickets, since they could just tune in to watch his virtual avatar sing his songs in the metaverse. If anything, this new world shows how our real lives and our digital lives will become more seamless and fully integrated than ever. 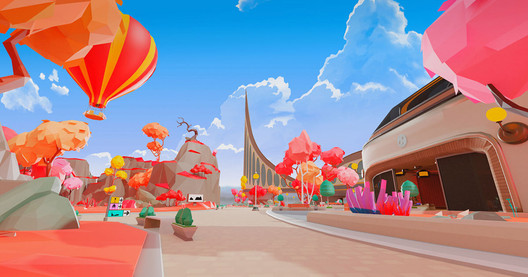