MVRDV revealed its plans to redevelop a challenging site surrounded by roads in the south of Munich through a design that combines the renovation of an existing building complex with the addition of two-stepping towers. Retaining six of the nine existing blocks, the project expands the current programme and creates a new landmark for the neighbourhood while placing a green plaza at the heart of the development. 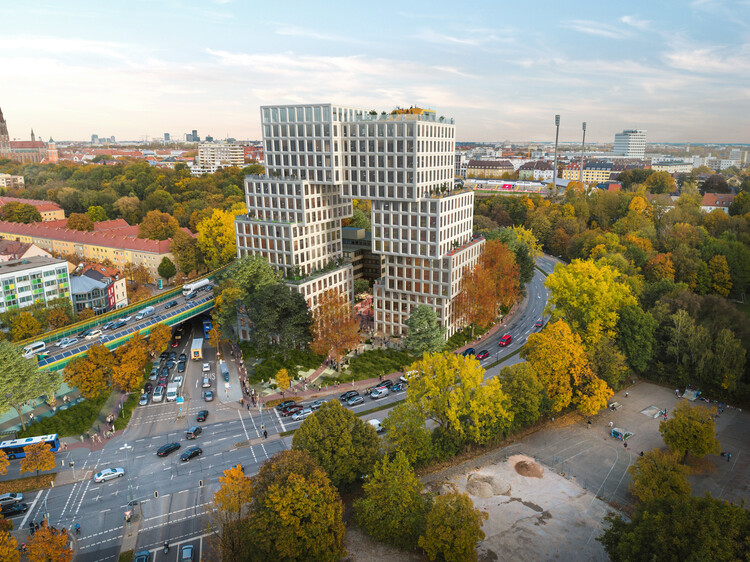 The buildings on the site neighbouring Munich’s Candidplatz, which currently house a medical clinic and offices, are to be retained, taking advantage of the embodied carbon of the structures. The proposal expands the existing programme by adding restaurants, a fitness studio, an elderly service centre, a child daycare, and a community and cultural centre.

The two towers, each comprising four stacked blocks, lean towards each other, touching at the top and creating a “gate”, a new landmark that welcomes people approaching the site from Candidplatz. The shifting volumes create a series of communal terraces culminating in a shared green roof. The courtyard of the existing building complex is expanded and transformed into a green recreational space that features colourful surfaces and furniture, creating a visual link to the artwork on the walls of the nearby subway station.

MVRDV has recently announced several new projects in Germany, such as the adaptive reuse of Berliner Union Film Ateliers (BUFA), the masterplan of the Ettlinger Tor area in Karlsruhe, and has presented a series of studies for the future architectural and urban plans of Fuggereien, the world’s oldest social housing complex. 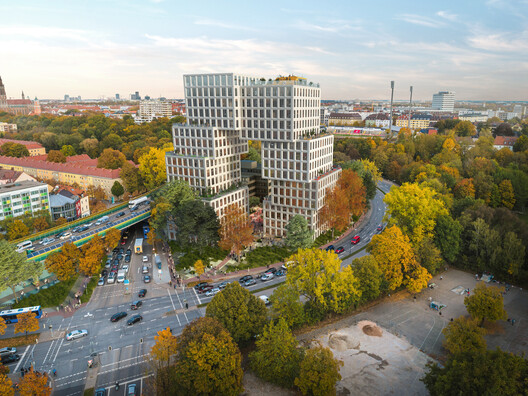