Celebrating the 500th anniversary of the Fuggerei social housing in Augsburg, Germany, MVRDV has collaborated with Fugger Foundation to initiate a conversation about the future architectural and urban plans of Fuggereien, the world’s oldest social housing complex. Throughout the upcoming months, the Fugger Foundations are hosting interdisciplinary debates that highlight Fuggerei’s guiding urban principles and discuss challenges about the field of architecture, politics, culture, and sciences, by notable individuals in each respective field. 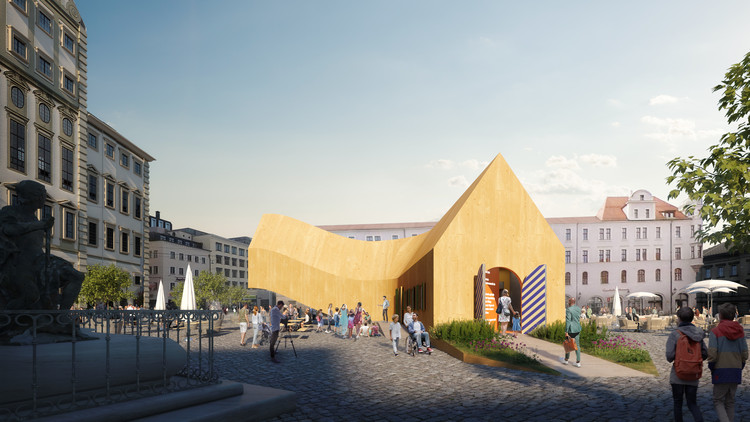 The Fuggerei was constructed on August 23, 1521 by merchant Jakob Fugger to provide a permanently-affordable shelter, priced at 0.88 Euros in today's currency. Corresponding to today's housing shortage, climate crisis, and social inequality, the community-centered approach of the Fuggerei offers an all-inclusive and empathetic response to today's great social, cultural, and ecological challenges.

From the very beginning the Fuggerei has set standards that have the power to positively change society and provide an innovative answer to urgent social challenges. The Fugger idea is for everyone, it knows no boundaries. We invite the world to be part of this anniversary. -- Alexander Graf Fugger-Babenhausen, a member of the Fugger Family Senior Council

The series of studies are designed by MVRDV and will be presented in a pavilion outside the Augsburg town hall, also designed by the architecture firm, starting May 6th 2022. The pavilion is a long and narrow gabled structure that was inspired by the terraced houses of the Fuggerei. Instead of a single straight-shaped-structure, one end of the pavilion is curved, and elevated to create an 8.5-meter cantilever that points towards the housing complex. The cantilever will be built with cross-laminated timber, and will incorporate a sloped platform which allows for lectures, presentations, and other events taking place during the anniversary.

MVRDV has a long history with housing projects – in fact one of our first realised designs was for a housing project in Amsterdam, called WoZoCo. Since then we have designed all kinds of housing, all over the world, from Madrid to Tianjin. But the fascinating history of the Fuggerei makes it unlike anything we’ve worked on. It goes to show how diverse housing can be as a topic of exploration; no matter how many approaches you imagine, there are always other ways. -- Jacob van Rijs, MVRDV Founding Partner

MVRDV has been designing numerous residential housing complexes recently. The Traumhaus Funari project, a residential master plan that redevelops parts of a former US Military barracks, aims to combine affordability, individuality, and diversity by allowing residents to make their own ecological and spatial choices regarding their homes. The master plan consists of a catalogue of residential typologies with a variety of materials, sizes, finishes, interior layouts, and connections to the outdoors which future residents can choose from. 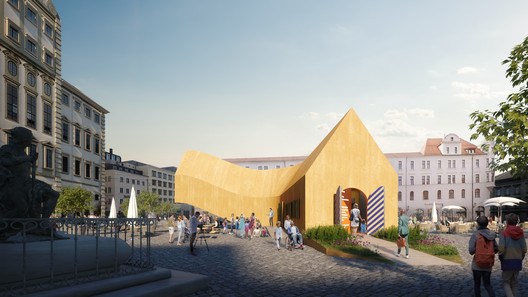