The Architecture Film Festival London, now at its third edition, fosters conversations around architecture, society and the built environment through the medium of film. Along with the International Film Competition, the 2021 programme, debuting on June 2nd and held online, will feature a collection of diverse thematic screenings, essays and events titled "Capsules", which offer a platform to multiple curatorial voices. 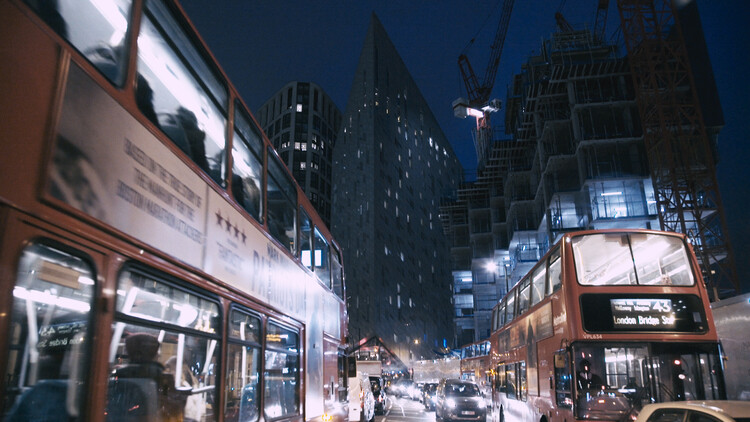 This edition of the Architecture Film Festival brings a new element to the programme in the form of the "Capsules "section, allowing different curators to explore a variety of unrelated themes, broadening the conversations proposed by the event. Each Capsule contains diverse materials in various forms, from film and photography to music, interviews, podcasts, and essays. Considering reducing screen-time for participants, the content will also be available in print format.

The Capsule comprising the works of Ila Bêka and Louise Lemoine will feature the 10-films-piece Homo Urbanus (2018), a cinematic exploration of the public square. Other Capsule programmes will present student works from the Diploma 16 group at the Architectural Association, taught by Ila Bêka, Louise Lemoine, Gili Merin, and student works from Bartlett School of Architecture's PG24 course, led by Penelope Haralambidou and Michael Tite, with Keiichi Matsuda. A special Capsule will be dedicated to the topic of housing, comprising films, shorts, the world premiere of Shelter Without Shelter (2019) by Mark Breeze and Tom Scott-Smith and a Q&A with former UN Special Rapporteur on the Right to Housing and Global Director of The Shift, Leilani Farha.

Among the festival's most notable events is a screening of The New Bauhaus (2019, dir. Alysa Nahmias), a film showcasing the vibrant life and legacy of the artist László Moholy-Nagy, accompanied by a discussion on the film. The festival will also feature Aalto (2020, dir. Virpi Suutari), highlighting the life and work of the architect and the film An Engineer Imagines (2018), a cinematic tribute to Peter Rice, one of the most distinguished engineers of the late 20th century.

For the International Competition section, the festival will feature 18 shortlisted films chosen from over 270 submissions. The films compete for awards across six categories, and the winners will be announced on June 25th. The entire programme of the 2021 edition of Architecture Film Festival London is available on the festival's website.