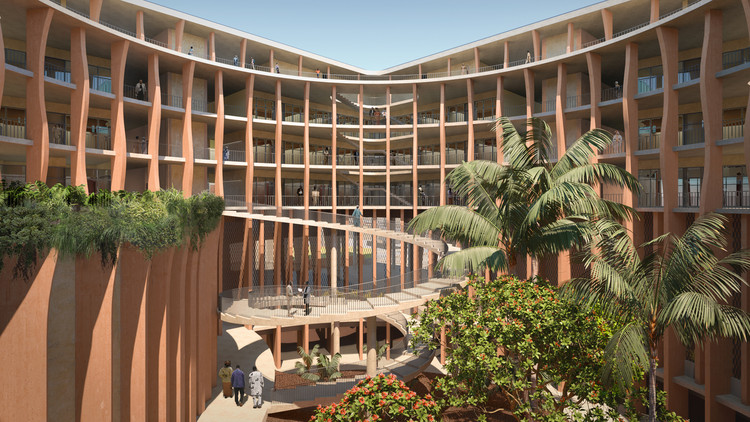 Born 1965 in Burkina Faso, award-winning architect Francis Kéré has made a name for himself for his communal and sustainable approach to design, focusing on the local, social, and historical needs of inhabitants. His first project, which was built cooperatively by the Gando community, was awarded the prestigious Aga Khan Award for Architecture for its innovative construction techniques and craftsmanship. A few years later, he became one of the most distinguished architects, winning numerous local and international awards for his community-centered and ecologically-conscious designs.

The architect's most notable projects include the Burkina Faso National Assembly in Ouagadougou, the Lycée Schorge Secondary School in Koudougou, Burkina Faso, the 2017 Serpentine Pavilion in London, where he was the first architect of African descent to receive it, pavilions at the 2016 and 2018 Venice Biennale of Architecture, and the Xylem Pavilion in 2019. In addition to his architectural projects, Kéré's projects were included in several exhibitions such as “Small Scale, Big Change: New Architectures of Social Engagement,” at the Museum of Modern Art, New York in 2010, “AFRICA: Architecture, Culture and Identity,” at the Louisiana Museum of Modern Art, Humlebæk in 2015, and “Sensing Spaces,” at the Royal Academy, London in 2014.

Thomas Jefferson believed that each person should make a contribution ‘proportioned to the bounties which nature & fortune have measured. This year’s Medalist in Architecture, Francis Kéré, embodies the spirit of this charge through his selfless, determined work. While we are disappointed that we cannot award this honor to him in person, we are inspired by his creativity and commitment to the public good and hope to welcome him to Charlottesville in the future. -- Leslie Greene Bowman, president, and CEO of the Thomas Jefferson Foundation

The medal is presented annually in observance of Jefferson’s birthday, April 13, by the president of the University and the president of the Thomas Jefferson Foundation. Previous winners of the award include WEISS/MANFREDI in 2020, Kazuyo Sejima & Ryue Nishizawa in 2019, and Sir David Adjaye in 2018.

I am delighted that the Thomas Jefferson Foundation Medal will be awarded to Francis Kéré for his achievements in architecture during this unprecedented year, and I look forward to honoring Medal recipients in Law, Citizen Leadership, and Global Innovation in the near future. Although circumstances preclude a traditional in-person celebration, they do not diminish our admiration for Kéré’s innovative work and invaluable contributions not only to the field of architecture, but to our society as a whole. -- UVA President Jim Ryan

News via The Thomas Jefferson Foundation at Monticello, University of Virginia. 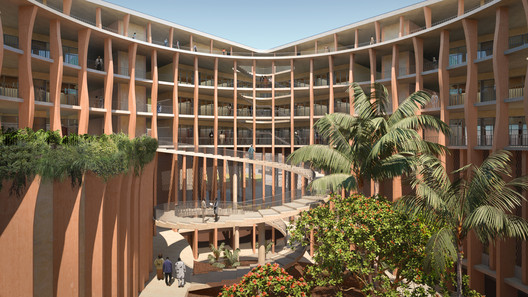