Save
How Can Green Cities Create Equitable Futures?
Share
Or
Copy

New York City has served as a case study for the effects of this form of “green gentrification”. Take, for example, the million-dollar condominiums that line Central Park, the biggest public space in New York City measuring in at nearly 850 acres of green space. Living right on the edge of the park, or even close by, is viewed as a major amenity, and a highlighted selling point by many residential brokers pitching their units to the city’s wealthiest buyers who see it as their own backyard- especially those who live on Billionaires row. Central Park isn’t the only public space that experiences a rising price tag to live in its proximity. The High Line, one of the city’s most prized urban spaces and a popular attraction for residents and tourists alike, has caused a substantial increase in all aspects of life in the neighborhoods it connects.

The unique condominiums, featuring designs by Neil Denari and Zaha Hadid to name a few, and the intricately landscaped pathway that celebrates the neighborhood’s past, have been criticized in recent years for not considering the city’s future. And while the High Line is set to generate nearly $1 billion dollars of revenue for the city in the next 20 years, what does this mean for the residents who have been displaced because of the increased wealth of a neighborhood that was once seen as less than desirable?

In the future, public parks and spaces could be concerned less about what they look like, and more about how they function and can serve the people who live and work near them. It’s critical to reimagining them in a way that promotes equity and doesn’t become a marketing point for developers looking to build a new condominium. In an attempt to begin to mitigate the effects that parks have had on lower-income neighborhoods, New York City Mayor, Bill de Blasio, has released a recovery plan, with one of the aspects focusing heavily on creating public spaces for the neighborhoods hit hardest by COVID-19, which data shows correlates directly with underserved communities.

The plan calls for the creation of more than 30 new spaces in these neighborhoods, that will “support local small businesses, foster community ties, and provide spaces for arts and culture as we all come back together”, with each community having spaces to best reflect their current needs- whether it be a plaza, a market, open streets, or green spaces. Future public spaces will require designers to constantly reflect on who they are really designed for, and not just in the short term, but the residents who will benefit from the long-term economic and social health of a community. Engaging with the surrounding neighborhoods to understand what they envision for their future can oftentimes be the defining factor between a successful space, and one that slowly displaces residents.

As cities create and evolve their new developments, they need to maintain their goals of long term equity. Designing public parks is important, and there’s never a shortage of interest in having more, but they need to be thoughtful and have extra emphasis on the word “public”. They’re not places for some- they’re places for all. 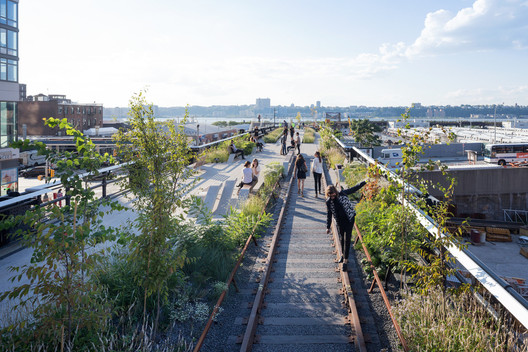