Save
How Small Can A Home Be? A Glimpse into the Smallest Houses in the World
Share
Or
Copy

Sheltering is a fundamental issue in Architecture. The ways of living and interacting with the space in which we spend our daily lives is an everlasting debate in the field, which is committed to providing a better quality of life, but also to developing new ways of living. By adding other aspects such as real estate speculation, high housing density in urban centers, the pursuit of nomadism, or even the sheer desire to follow a trend, the debate around small-scale houses becomes even more relevant. And so, we ask ourselves, what is the smallest area required to live in? 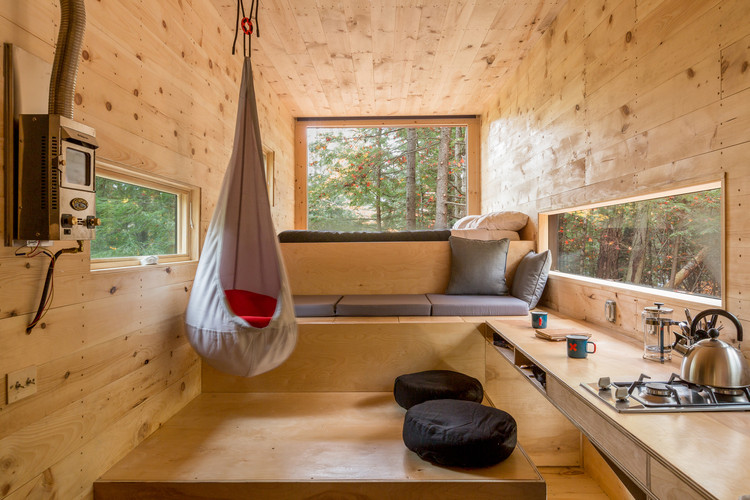 Discussions about a minimum habitable dwelling are hardly a new phenomenon. At the 1929 CIAM, the theme Die Wohnung für das Existenzminimum (The Dwelling for Minimal Existence) was already attempting to propose solutions for biological and psychological needs through minimal living spaces. Almost a century later, the idea of minimum housing is still a controversial topic that must be addressed, especially since it is often unable to satisfy the individual's wishes or criteria of well-being.

Here we have gathered 14 examples of small-scale residential projects that seem to meet their residents' expectations, representing the smallest houses on the planet, ranging from 15 up to 1 square meter.

As urban density continues to rise, it is more likely to encounter small-scale apartments rather than houses. However, there are some exceptions such as parasite architecture or experimentations with different ways of living, like the following two examples:

Another important question is how narrow can a house be in order to fill residual spaces or even just to provide a larger open area. Two great examples are the Japanese project Lucky Drops, consisting of a long, narrow trapezoid shape with a lower base of 3.2m and an upper base of 0.7m, and the world’s narrowest house, designed by Jakub Szczesny, with its widest point measuring only 122 centimeters.

One great example of achieving a good quality of life in small-scale residential programs is building huts outside the urban area. This is possible due to the more intense contact with nature, which is very important for the users’ comfort and well-being, given that humans possess an innate tendency to seek connections with nature.

Also, reflecting on what really defines a house and what programs we consider to be essential for that, by putting aside the kitchen or bathroom areas - which can easily be separate structures designed for communal rather than private use - the spaces can become even smaller, as shown in the last two examples below.

The One SQM House

Architect Van Bo Le-Mentzel has created probably the smallest house in the world. This structure of only one square meter was conceived as an experience for people to reflect on how they define the concept of home, since "you can declare the parks as your garden or the city as your living room," as the architect states.

It is light enough to be carried in a vehicle and offers space to sit, work, lie down, and sleep. The concept emerged from Le-Mentzal's own experience, as he spent part of his life as a refugee, moving a lot and depending on social benefits or housing. 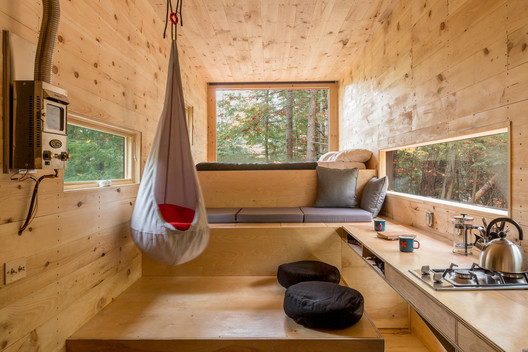