“Poor is not who owns little, but who needs a lot” Mujica. Design and construction of a 12 sq.m dwelling, located on the rooftop of an existent building at the popular neighborhood San Juan in Quito-Ecuador Casa parásito (Parasitic house) is a minimal design object, focused on solving the basic habitation necessities for a person or young couple: It includes: bathroom, kitchen, bed, storage space and To-be space ( eating, working and socializing), which secure all the facilities of a dwelling in a reduced area.

The project is developed from an A-frame façade. Its concept comes from the seek of the optimum space for living according to the activity we perform. We proposed a rectangular core, where all the standing activities are performed and where one can access all the utilitarian spaces, such as kitchen table-top, bathroom, bed, storage, desk, etc. The utilitarian spaces, adjacent to the rectangular core, are within triangles and rhomboids. These geometries, apart from containing its own activity, they offer stability to the whole structure.

The Project is composed of 3 modules created by 4 structural frames that combine spaces free of utilitarian objects, in order to maximize the use of the volume and diminish the built area. This allows the flexible space of the rectangular core to be used to the convenience of the activity performed in the dwelling. With a large transparent window, the project lets natural light in through the North Façade. It opens views towards the city and the Cotacachi, Imbabura, Mojanda, and Cayambe volcanoes.

On the other hand, frosted glass on the south façade ensures good illumination, ventilation, and privacy towards the neighbors. On the east and west façade, which in Ecuador they get direct sunlight during the whole year, are completely closed to avoid the access of direct sunlight. For interior walls and flooring, OSB panels are used as a finish. For exteriors walls and roof, steel panels. Given the timber structure and substructure for fixing the metallic panels, we create a 12cm insulation void which is filled with coconut fiber as insulating material.

Steel foundations are employed to attach the project to the slab of the existing structure. Although, it is possible to build the project in urban or rural plots without existing constructions, ideally its construction should occur on underused rooftops of urban edifications that are structurally sound.

Buildings where one can connect to the existing water, waste and electrical grids. In this way, we can contribute to the densification of the city from a very small scale, with a minimum of economic investment and use of resources, as well as contributing to the conservation of the architectural heritage. 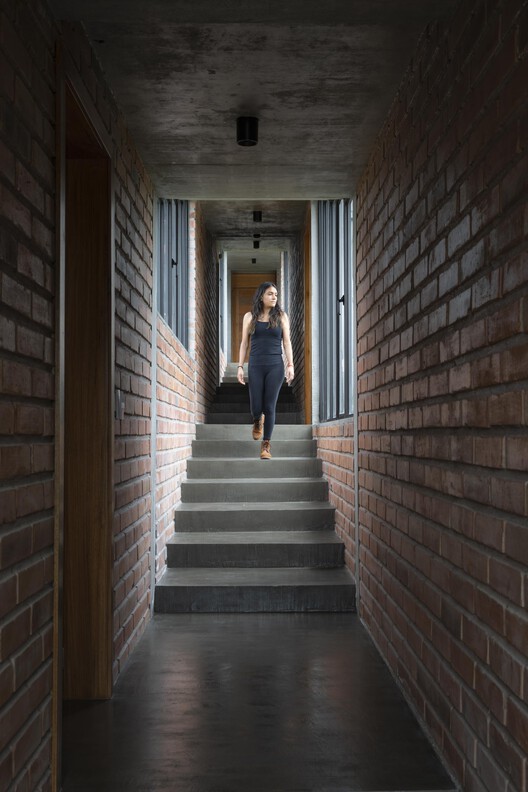 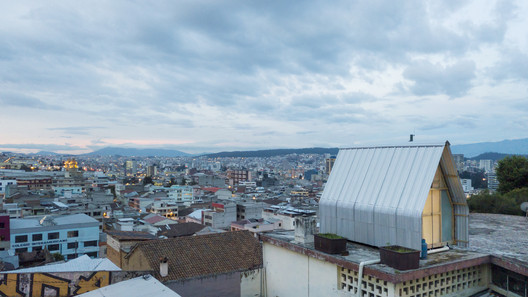