Text description provided by the architects. Over the years, furniture company Vitra has made a name for itself as one of the most architecturally-enlightened companies in the world, with their renowned campus featuring buildings by Nicholas Grimshaw, Frank Gehry, Alvaro Siza, Tadao Ando, Zaha Hadid, Herzog & de Meuron and SANAA.

Now, Vitra has announced a collaboration with Renzo Piano that will bridge the gap between their sought-after furniture and their bespoke campus. Diogene, a self contained minimal living space with a floor area of just 2.5 x 3.0 meters, is billed as "Vitra's smallest building - but largest product".

More about the design of Diogene after the break 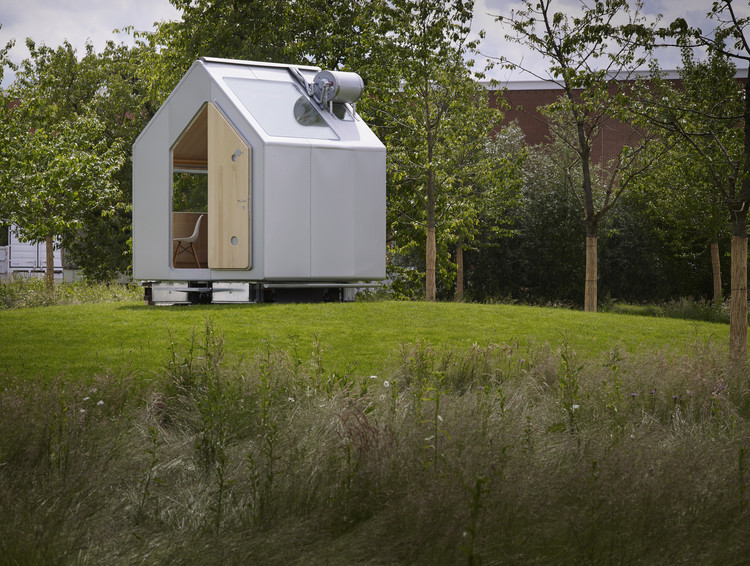 The design has its origins in a recurring fascination that Piano has had since his days as a student: the minimum space that a person can possibly live in. Returning to the theme around 10 years ago, Piano developed a prototype for a minimal space, which he dubbed Diogene as a reference to Diogenes of Sinope, the ancient Greek philosopher who was said to live in a barrel.

Having developed his prototype despite having no particular client, the design was published in "Being Renzo Piano", a monograph of the architect's work. By fortuitous circumstance, Rolf Fehlbaum, the Chairman of Vitra, saw the design and the two met in 2010 as members of the Pritzker Prize jury, where they agreed to develop the project together.

This current incarnation is the result of that collaboration. With its own water collection and energy systems, the design is entirely self-contained and contains everything needed to live a simple lifestyle, all in a space small enough to be delivered on a truck. Constructed in timber, the pitched roof indicates the function of the tiny space, however the aluminium cladding and rounded edges hint at the technology which underpins the design's self-sufficient nature.

Inside, Diogene consists of a partitioned space featuring a pull-out sofa and folding table in one end, and a shower, toilet and kitchen in the other. As a Vitra product, Diogenes is intended to be a versatile unit that could serve as a weekend retreat, office or even placed in groups to form an informal hotel.

However, these possibilties are still a little way off, as the current model is effectively the latest stage of prototyping. Situated on the lawn opposite VitraHaus, Vitra will open Diogene for public testing during Art Basel 2013, and use this testing period to inform the design's development. 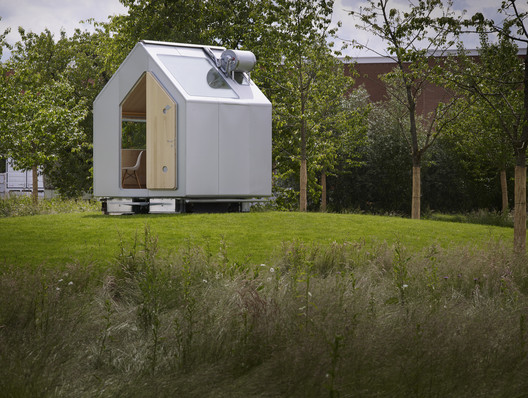