Save
Architecture at Sea: Floating Pavilions and the Beauty of Temporary Art
Share
Or
Copy 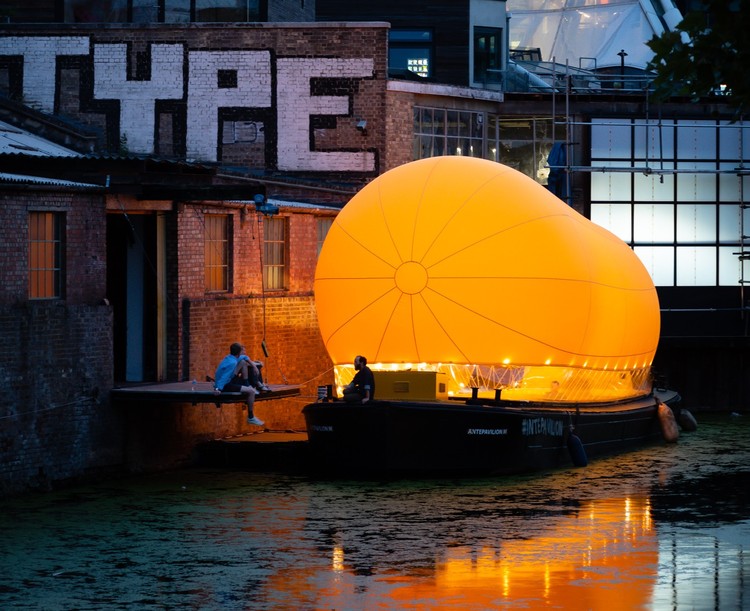 Whether or not architecture is an art, buildings and spaces can transform human experience. As Christo and Jeanne-Claude showed the world, sculpture doesn't have to be a fixed, permanent object. In turn, pavilions are designed to explore how architecture can move beyond its fixed, permanent qualities to create spaces that are all the more beautiful and impactful because they are temporary. Embracing natural systems and human agency, these pavilions draw connections between art, architecture and landscape.

The following pavilions were all made as floating structures. Questioning and reinterpreting traditional forms and construction, they were designed with diverse programs. Building connections with water, they show how contemporary architects and artists can create work that's as beautiful as it is fleeting.

Iceberg is a responsive diving platform made of wood, flotation barrels and 1400 thermochromic tiles of recycled HDPE. It was designed and built for Beam Camp, a summer camp in Strafford, New Hampshire, that focuses on guiding campers to cultivate hands-on skills and exploring creative thinking.

A team of thirty architecture students from Studio Tom Emerson at ETH Zurich have designed and built a pavilion for Manifesta 11, the nomadic, European biennial of contemporary art. Floating in the lake against the backdrop of the city centre, the Pavillon of Reflections serves as the biennial’s public forum.

Expanding on a tradition of Triennals for contemporary Belgian art in 1968,1971 & 1974, the city of Bruges decided to organize and start again a Triennale for contemporary art and architecture in Bruges. The team worked together on the project Canal Swimmer’s Club, a new multifunctional public space for meeting, relaxing, sunbathing and even swimming in the canals of Bruges.

The Floating Piers / Christo and Jean-Claude

Artist duo Christo and Jean-Claude created a three kilometer walkway wrapped in 100,000 square meters of yellow cloth, which is supported by a floating dock system composed of 220,000 high-density polyethylene cubes. These elements naturally undulate with the movement of the waves at Lake Iseo.

Antiroom II was designed as a floating island on the sea of Malta, an unreachable surface from the ground, only accessible by swimming or by boat. The wood structure creates a space separated from the vastness of the unlimited sea with a center defined as a small secure water pool.

The 2018 Antepavilion was the second in an annual series. Designed and built by Thomas Randall-Page and Benedetta Rogers, the 2018 edition titled “AirDraft” sees an inflatable theater sitting atop a 19th-century barge, creating a floating venue for music and performance in East London. 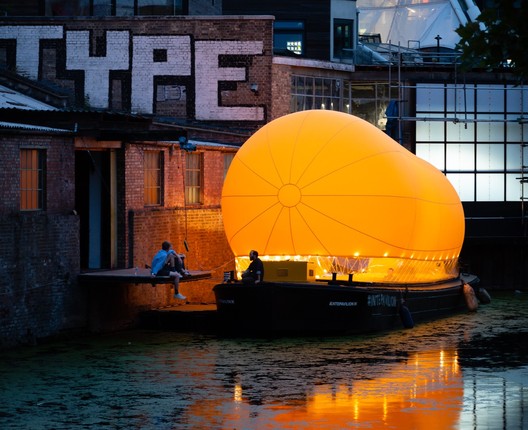