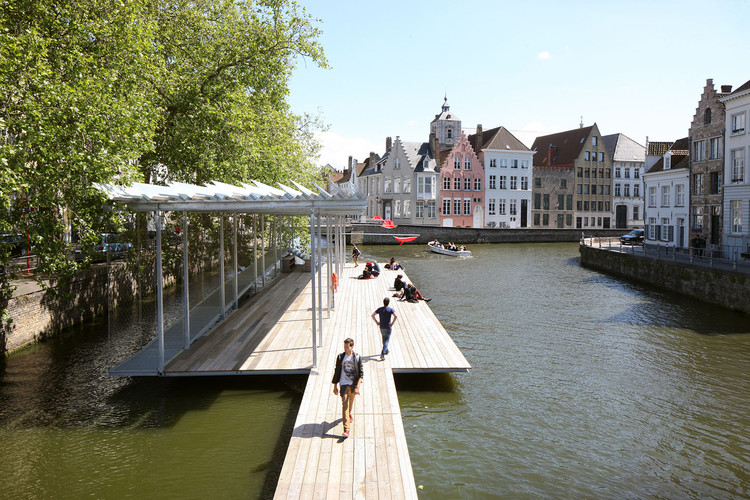 Text description provided by the architects. Expanding on a tradition of Triennals for contemporary Belgian art in 1968,1971 & 1974, the city of Bruges decided to organize and start again a Triennale for contemporary art and architecture in Bruges this year ( 2015 ).

As a main theme they proposed the challenging question ‘what if the medieval ‘egg’ of Bruges, were suddenly transformed into a metropolis?’ – What if the 5 million tourists, that visit every year the city of Bruges, all decided to stay ?’

Among eighteen international artists, the collaborating team of Atelier Bow-Wow & Architectuuratelier Dertien12 were asked to work on this idea. They worked together on the project Canal Swimmer’s Club, a new multifunctional public space for meeting, relaxing, sunbathing and even swimming in the canals of Bruges.

When I visited Bruges for the first time, I walked with the project manager to visit some spots in the city on hearing the history and story about Bruges. When we crossed “Carmersbrug”, he explained that this part of canal will be open for swimming for public in summer 2015 after 40 years of prohibition due to bad water quality. I am interested in this relationship between people and water. It is both people who damage the water quality and who enjoy the water in the city. I found there is huge potential to create new public space from the relationship between people’s behavior and water’s behavior. City expected to have a sunbathing platform on the water to encourage people swimming again in the canal. I ask city to let us design this sunbathing platform. Then the project became one of the Bruges Triennale exhibits. It not only enlarges the public space within a too busy touristic city center, but also indicates how much the water quality has been improved by the effort of people and city government. The behavior of people swimming in the water would signal the improvement of water quality. We expect young citizen to practice their own public space in the water as well as the eldery who used to enjoy swimming in the canal. We name this the ‘Canal Swimmer’s Club’ in order to assign a fictional social background behind it.

The site is divided into two areas by the “Carmersbrug”. One side provides a main access point for swimmers entering the water. On the other side tourist boats pass by on a regular basis and swimming is prohibited. Two platforms are placed on each side, connected by a path running under the “Carmersbrug”. The main platform is positioned in a way as to not interfere with the tourist boat’s path, nearby trees and protected indigenous plants grown on the vertical quay walls, which are a testimony that Bruges used to be an international port. Within these conditions we introduce a bridge and ramp that allows people with disabilities to access the water level from the street.

The platform is designed to be reassembled for every future summer. We chose a galvanized steel structure that can be quickly assembled and disassembled. The structure is placed on rented pontoons typically used by military.

60% of the platform is covered by a pergola made by Z-shaped louvers taking into consideration the behavior of sun, shadow, wind and rain. The louvers allow the wind to pass through, reducing the wind loads. Rainwater is collected by the lower lip of the Z-louvers and drained directly into the canal. The floor is made of recycled wood planks typically used for scaffolding. A steel wire net safely encloses the sides of the ramps, stair and bridge by keeping a visual connection from the street.  We introduce a flag system used for beaches to visually mark the current swimming condition and possibly give a public feedback on the water quality.

Canal Swimmer’s Club is the temporary appropriation of public space in the city. It’s a new type of architecture made from the relationship between different behaviors, which already existed in the city. Swimming skill of people and currency of water were translated into resources to create alternative public space in this project. It shows a critical position against institutionalized space as a materialization of preceding concept of facility which has played an important role in the bio politics that governed daily life throughout the 20th century. 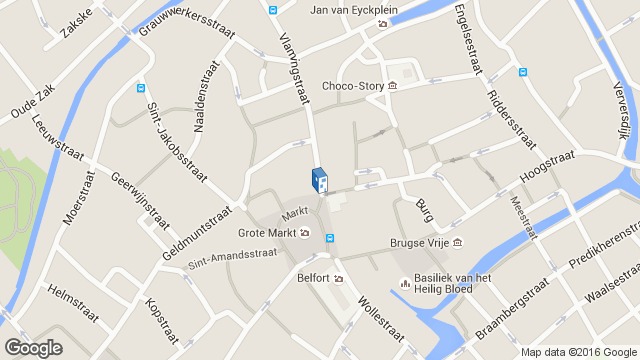 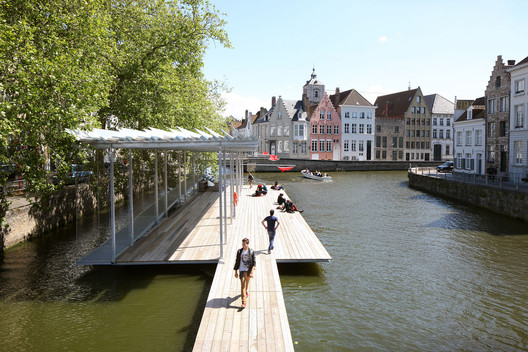