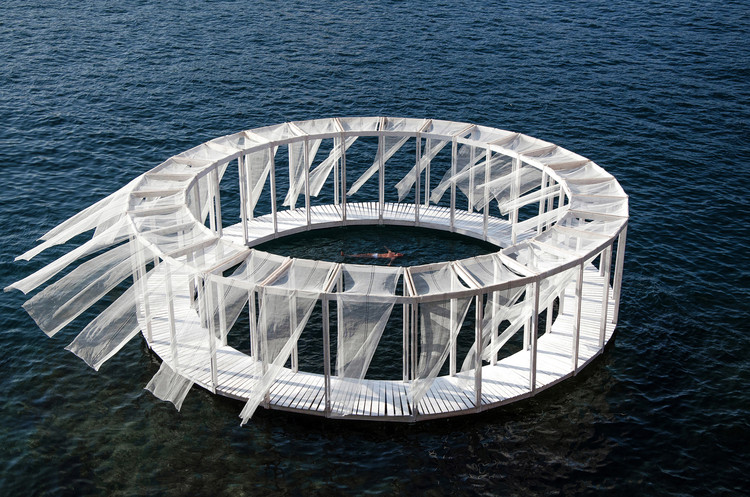 Antiroom II is a self-built pavilion by Elena Chiavi, Ahmad El Mad, Matteo Goldoni made with students from different european countries during the workshop EASA 2015 Links in Valletta (Malta).

Antiroom II is a floating island on the sea of Malta.

Antiroom II is an unreachable surface from the ground, only accessible by swimming or by boat.

The wood structure creates a space separated from the vastness of the unlimited sea. Its center defined as a small secure water pool.

Antiroom II is a never-ending stoa, an eternal circular temple. It aims to go beyond the concept of time.

Antiroom II is a white space floating on the blue water, as the white clouds floats on the blue sky.

Antiroom II remains light and gentle through its floating and instability.

One can enter its core, contemplate its structure and express his unity with the sky and the cosmos.

Antiroom II can float and move slowly away, as a new isolated world, in the sea. 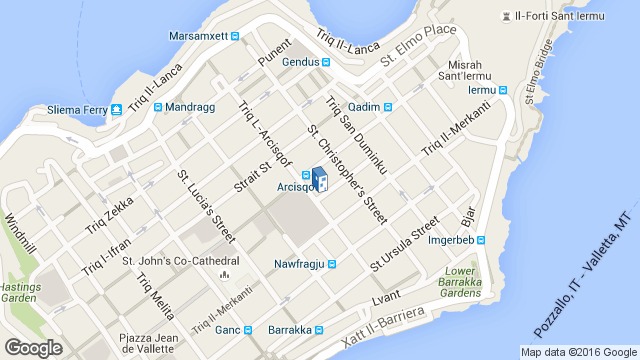 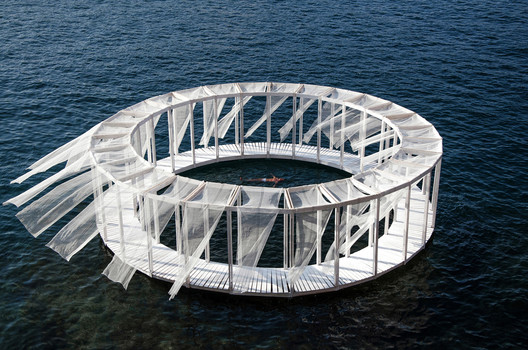