Save
Shelter, Care and Gathering: 10 Architecture Projects Designed for Women
Share
Or
Copy

Although many countries have laws establishing equal rights for men and women, gender inequality and all its consequences are still experienced every day by girls and women all around the world. The patriarchal system, rooted in many societies over the centuries, has been responsible for inequality of power between the genders which, in the most extreme cases, results in violence and femicide. 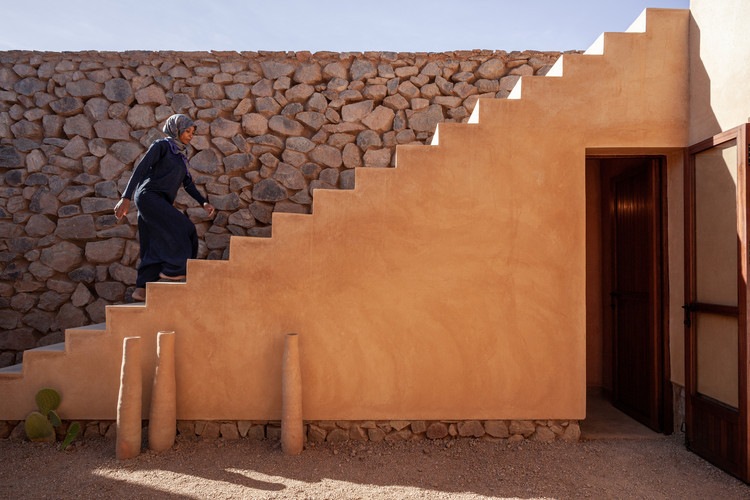 The advances in many countries' legislation to ensure - at least in theory - equal rights for men and women is the result of more than two centuries of women's struggles for equality. Unfortunately, however, the laws are still not enough to secure these rights. According to the World Economic Forum's Global Gender Gap report, we are still more than a century away from gender equality if we follow the current pace of progress.

As long as the elimination of violence against women and gender disparity seem out of reach, not only must we fight for the causes of women - which have long been called for - but we must also face the consequences caused by structural sexism every day.

Opportunity and qualification centers, shelters for victims of domestic violence, and health care facilities for pregnant women are some examples of spaces designed to make women feel safe and empowered.

We have selected below 10 projects around the world dedicated to sheltering, caring, teaching, gathering, and exchange among women.

Led by pioneering human rights activist, Ruth Rasnic, for international charity ‘No To Violence’, the facility will provide a much-needed refuge for distressed and abused women and children from all localities and backgrounds. On arrival at the shelter, each new family is given a small ‘house’ that is part of the larger building. In order to allow the families to conduct a normal daily routine in the shelter, the ‘houses’ are separated from the communal functions and connected by the internal corridor.

Kilimanjaro Women Information Exchange and Consultancy Organization (KWIECO) was founded in 1987. It provides advice on legal, health, social, and economic issues to women. The architecture of the Shelter House respects local culture and spatial hierarchy. Local materials, renewable energies, local manpower, and know-how are used, as well as participatory planning. to ensure that users have a sense of mental ownership in the shelter.

The project and construction for the enlargement of the Women's Cooperative of Cashew Nuts Producers, in Nova Vida, Bom Jesus das Selvas in the northeastern state of Maranhão, Brazil, transformed a small community house into the group's headquarters and also into a meeting point for the neighborhood. Learning from the work dynamics of six women from the cooperative (Eliane, Francisca, Maria Rita, Leudiane, Solange, and Nacely) allowed us to organize a flow in the program that would also facilitate the work routine.

Girl Move's proposal was an academy (on a local partner University campus, within the community, with whom Girl Move has collaborated the longest - since 2013) with enough room to operate but especially to deliver the training of excellency and dynamics for which Girl Move is recognized. Beyond functionality, the building had to live up to the purpose of inspiring others and provide new references: innovation, sustainability, and valuing local resources and knowledge.

We chose the idea of a vernacular Rwandan village as our organizing principle: a series of human-scaled pavilions clustered to create security and community for up to 300 women. Designed in collaboration with Women for Women International—a humanitarian organization that helps women survivors of war rebuild their lives—this mini-village transforms urban agglomeration and subsistence farming with an architectural agenda to create economic opportunity, rebuild social infrastructure, and restore African heritage.

Designed in collaboration with Femme International, a humanitarian organization that teaches workshops on sexual education and personal hygiene to girls and women, the Women’s Centre is intended to be a reference for the women of the community, for their every need and, at the same time, to serve as a meeting point, where different groups of women can store goods and organise their meetings.

Maternal mortality due to complications during childbirth remains a major global problem. The new design broke the singular block concept of the existing prototype into a series of smaller compounds clustered around small courtyards. This plan borrowed design cues from the vernacular layout of Malawian villages, where family compounds are composed of several small buildings housing branches of an immediate family. The smaller-sized housing blocks create communities that encourage knowledge sharing between experienced and first-time mothers.

The Repos Maternel is a shelter for pregnant women and young mothers of 18 and over, looking after one or several children, who are cut off from their families and socially and financially vulnerable. Located in a wooded park, the Château Lafon, a large country house built in 1920, provides residents with accommodation, support services, and communal areas. Outbuildings scattered through the park housed a nursery, offices, and three halfway-house units for large families.

In Ouled Merzoug, a small earthen village near the Atlas Mountains of Morocco, a piece of land was offered by the community to the recently founded women’s association AFOM (Association des Femmes d’Ouled Merzoug). The end result of this participatory process is a Women's House: a meeting, working, and learning place in the center of the village. A place where women can share their crafts with the community and visitors.

Introspective, it is designed so that the architecture is 'diluted' to avoid its taking over, and to prioritize the relationship between users and nature, thus minimizing the feeling of isolation in women and their children. From a humanitarian point of view, this building should not exist. However, in the absence of any assurance of women's rights and safety in Mexico, it is a resilient response of our profession, becoming a fundamental typological innovation and a reference as architecture and institution that helps to overcome this problem. 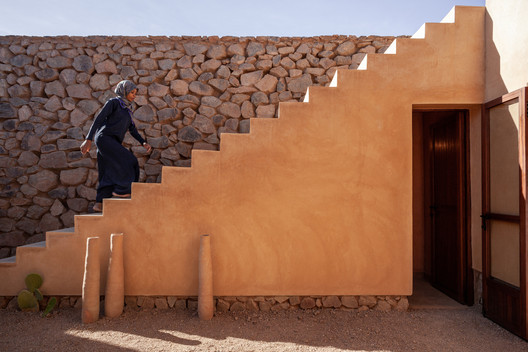