Norell/Rodhe is an architecture studio founded in 2012 by Daniel Norell and Einar Rodhe. Based in Stockholm. While balancing time between teaching and practice, the studio has grown organically into one that understands architecture as a cultural practice, with each project seeking to unfold stories and establish conversations with the city and its inhabitants.

2001 is an architecture company based in Luxembourg. Working from a renovated barn, they aim at a double production: both physical and built, as much as intellectual and cultural. 2001 thinks and produces an architecture reduced to the essential, responding in a rational and coherent way to the urges and needs of contemporary society.

CHYBIK + KRISTOF is an architecture and urban design practice founded in 2010 by Ondřej Chybík and Michal Krištof. Operating with 50+ team members and offices in Prague, Brno and Bratislava, the practice aims at creating bridges between private and public space, transcending generations and societal spheres.

Estudio Gonzalo del Val is based in Madrid and since 2012, is dedicated to the exploration of architecture and its periphery, where it mediates between technique and creativity to shape collective and individual desires. From initially working from a home-office, the studio has grown into a practice that is constantly aiming to collaborate and grow in project scale.

Towards an ethical stability

LAGADO architects define themselves as a serious studio for playful architecture. Founded by architects Maria Vasiloglou and Victor Verhagen in Rotterdam in 2011, the studio applies their fascination with user-centered design to a diverse range of projects that share a common playfulness combined with clear geometry and latent multifunctionality. Depending on the project, they operate as initiators, researchers and architects. 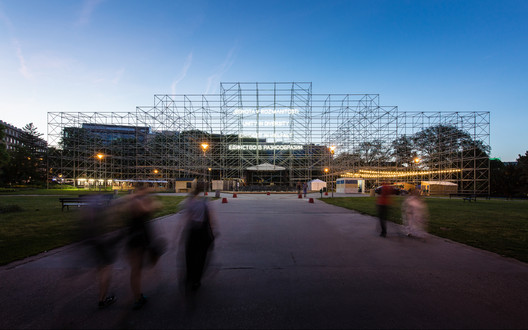