Artificial intelligence, machine learning and generative design have begun to shape architecture as we know it. As systems and tools to reimagine the built environment, they present diverse opportunities to rethink traditional workflows. Designers also fear they may inversely affect practice, limiting the services of the architect. Looking to building technologies, new companies are creating software and projects to explore the future of design.

As cities continue to develop, new tools emerge to change the way architects, contractors and consumers envision and create the built environment. Building data and codes are becoming more accessible, and in turn, have begun to reach a point where homeowners and developers can input a set of information and an optimized design is produced. One startup has gone as far to say that they can “give you the home you want without hiring an architect." So where do we stand?

For now, architects are defining design goals and parameters, while artificial intelligence and machine-learning algorithms produce options for consideration. These have yet to be truly holistic, but they are becoming more so every day. Working with functional and programming patterns, machine learning can extend to socio-economic, aesthetic and ideological patterns. As a turning point in architectural history, design advancements by AI and machine learning have begun to profoundly impact the way we shape the built environment. The following articles explore these ideas and new buildtech trends.

According to The Economist, 47% of the work done by humans will have been replaced by robots by 2037, even those traditionally associated with university education. While the World Economic Forum estimates that between 2015 and 2020, 7.1 million jobs will be lost around the world, as "artificial intelligence, robotics, nanotechnology and other socio-economic factors replace the need for human employees." Nicolas Valencia explores how automation and artificial intelligence will impact architecture and design, including how the discipline will undergo profound transformations.

Will Algorithms Design the Floor Plans of the Future?

Programmer Joel Simon has created an experimental research project, Evolving Floor Plans, to explore speculative and optimized plan layouts using generative design. Interested in the intersection of computer science, biology and design, Joel organized rooms and expected flow of people through a genetic algorithm to minimize walking time, the use of hallways, etc. The creative goal is to approach floor plan design solely from the perspective of optimization and without regard for convention or constructability. The research aims to see how a combination of explicit, implicit and emergent methods allow floor plans of high complexity to evolve.

Stealth-stage startup Higharc has begun rethinking how new homes are designed and built without hiring an architect. Founded to reinvent new home design for the digital age, the company aims to make custom-fit homes accessible to anyone by automating home design and customization online. Taking on pre-made plans, the team wants to bring design back to housing options and make customization more accessible. As Higharc states, the company can "give you the home you want without hiring an architect." The company has created a web-based home design app for everyday users and homebuyers that is trying to embed architectural intelligence directly into the software.

Editor's Choice: This article was originally published on September 12, 2019. 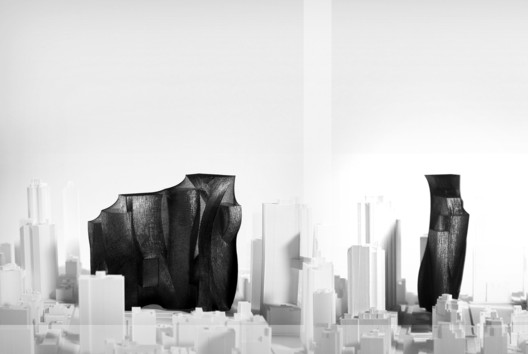