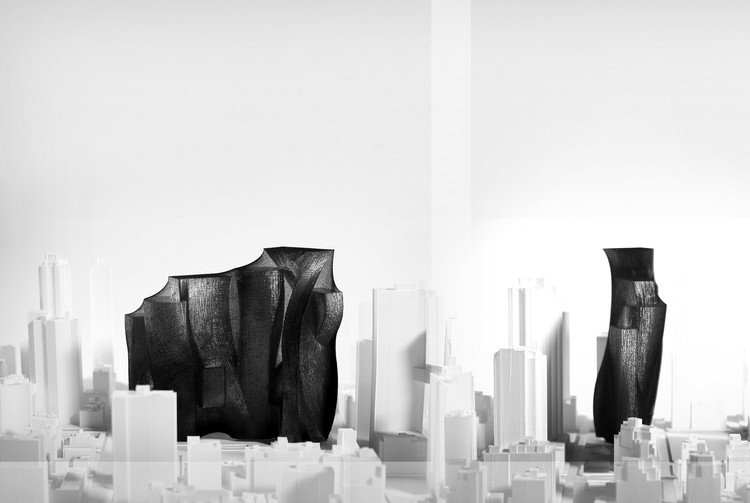 After an initial study in the potential of AI-generated floor plans, Chaillou's project developed into training and tuning an array of models on specific architectural styles: Baroque, Row House, Victorian Suburban House, & Manhattan Unit. The study reveals how style carries a fundamental set of functional rules that define mechanics of space and control the internal organization of the plan.

At the heart of Chaillou's work are GANs. As he states, they are made of two key models, the Generator and the Discriminator, GANs leverage a feedback loop between both models to refine their ability to generate relevant images. The Discriminator is trained to recognize images from a set of data. Properly trained, this model is able to distinguish between a real example, taken out of the dataset, from a “fake” image, foreign to the dataset. The Generator, however, is trained to create images resembling images from the same dataset. As the Generator creates images, the Discriminator provides feedback about the quality of its output. In response, the Generator adapts, to produce even more realistic images. Through this feedback loop, a GAN slowly builds up its ability to create relevant synthetic images, factoring in phenomena found among observed data.

Chaillou applied this technology to floorplan design, using image representations of plans as data format for both GAN-models’ inputs, and outputs. The framework being employed across the work is Pix2Pix, a standard GAN model, geared towards image-to-image translation. The careful study of the organization learned by each model revealed the existence of a deeper bias, or architectural style. The project aimed to assist the architect in generating a coherent room layout and furnishing, and to finally reassemble all apartment units into a tentative floorplan. The project also included the conversion of floorplans from one style to another.

Finally, Chaillou brought these models and ideas together in a final architectural project: a large-scale housing development located in Manhattan’s Lower East Side. As the project shows, styles became functional tools. The “intelligence” or formal flexibility displayed in the generated apartments further evidences the validity of the approach: GAN-models can indeed encapsulate some amount of architectural expertise & stylistic that can be later used, depending on the set of constraints at play.

As Chaillou summaries, architectural styles carry implicit mechanics of space, and in turn, there are spatial consequences to choosing a given style over another. Style is not an ancillary, superficial or decorative addendum; it is at the core of the composition. Chaillou's work shows how a model or algorithm is directly related to design and its own characterisitcs and know-how.