Although The Architecture of Happiness did not gain momentum after its publication in the mid-2000s, the ideology of architecture and well-being has remained a topic of intrigue until today. To further explore this ideology, the Canadian Centre for Architecture (CCA), with the curation of Francesco Garutti, have put together an exhibition that explores how the “happiness industry” has controlled every aspect of contemporary life after the 2008 financial crash.

Our Happy Life, Architecture and Well-being in the Age of Emotional Capitalism is a non-archival show that exhibits work from architects, artists, and photographers. Metropolis’ Samuel Medina spoke to Garutti to discuss the notion behind the exhibition, social media, and architecture’s new spaces of meaning.

The inspiration behind the exhibition was ignited by conversations with artist Simon Fujiwara and his work The Happy Museum at the Berlin Biennale. Gradually, Garutti started “finding happiness” in other fields such as journalism and literature.

What is happiness? It is a set of values. It is a political agenda. I thought to myself, “Let’s pose to architects some questions of happiness.” - Francesco Garutti

The exhibition displays products, photographs, documentaries, and events that took place between 2008 and 2018, which according to the curator, is the timeline where “happiness” and “positivity” became associated with new marketing strategies. During that period, Will Davies’ book The Happiness Industry was published, notable figures like Richard Layard were under the spotlight, and the world was introduced to the very first iPhone, which changed the concept of smartphones.

After the financial crisis of 2008, the overall health of the nation was altered, prioritizing the mind over the body, which leads to shifting the focus from “happiness” to “well-being”. Similarly, architecture witnessed a shift, prioritizing “wellness” and “sustainability” over “happiness”. The curator explains how mental health is now a part of the “environmental” building practices, and just as it was crucial to have green surfaces everywhere, happiness is now an important surface as well. He highlights these points by displaying photographs of John Portman’s Atlanta Marriott Marquis, a hotel significant on its own and was certified as “the happiest place”.

As for architecture, Garutti is interested in learning how architects can reposition themselves, since architecture cannot be evaluated by just “spaces” anymore. Corporations are now handling urban developments and master plans, while architects are digging deeper into the details of interior spaces. Focusing on these enclosed areas is allowing architects to add meaning to the project, a notion that is definitely not a loss, according to the curator.

Our Happy Life, Architecture and Well-being in the Age of Emotional Capitalism will be exhibiting from May 8th until October 13th at the Canadian Centre for Architecture. Read the full article on Metropolis Magazine here. 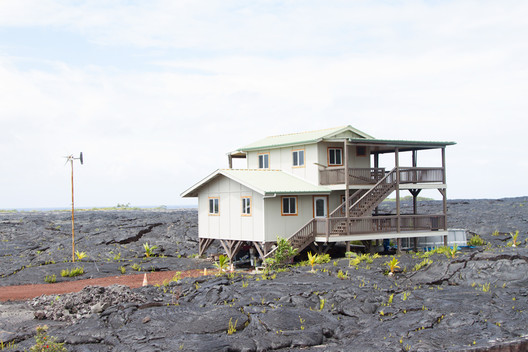