The 2019 Pritzker Architecture Prize will be announced on Tuesday, 05 March at 10am EST. Past laureates include some of architecture's most significant names, among them Rem Koolhaas, Zaha Hadid, Philip Johnson, SANAA, Oscar Niemeyer, Norman Foster, Peter Zumthor, Toyo Ito, Alejandro Aravena and, most recently, Balkrishna Doshi (full list).

Stay tuned to ArchDaily’s comprehensive coverage of the prize, here.

In January we asked our readers to speculate as to who the 2019 Laurate should—rather than will—be. You can continue to cast your vote in our (entirely unscientific) poll here! Over 2000 responses have been logged already. We'll be sharing the results of this popular poll on Monday, 04 March. 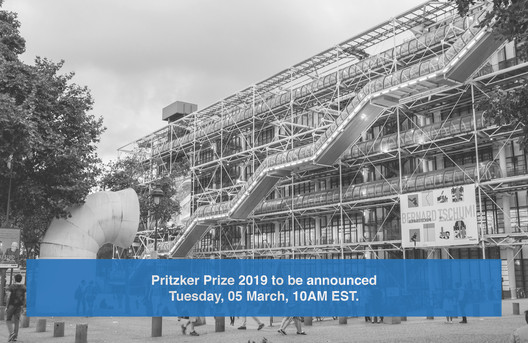