2019 marks a century of Bauhaus, the school-turned-movement whose influence withstood forced relocations, political meddling, and eventual closure. Despite dramatic shifts in technology, taste, and style in architecture in the years since, Bauhaus remains one of the most significant subjects of architectural/design education and has even captured the interest of the wider public.

As part of our celebrations of the Bauhaus movement - and to satiate your thirst to learn more - we have selected some of the best Bauhaus documentaries available online now. Featuring largely-unseen footage, exclusive interviews, and/or unique perspectives on the Bauhaus, these films provide an excellent way to get up to speed.

The Future is Now! 100 Years of Bauhaus by DW Documentary

The German broadcasting agency, along with Planetfilm of Deutsche Welle, published a 3-episode film series about the history and design principles of Bauhaus. The 52-minute episodes are available online in English, Spanish, Arabic, and German.

Episode 1: The Bauhaus Code - What is behind the successful Bauhaus formula?

Episode 2: The Bauhaus Effect - How were the Bauhaus principles developed?

Episode 3: The Bauhaus Utopia - A good life for all?

ARTE Television channel published a 33-episode docu-series about architectures that made a huge historical and social impact. The first episode explores the achievements of Bauhaus and its influence on modern architecture.

Bauhaus: The Face of the 20th Century

The 1994 documentary follows the journey of the Bauhaus movement from its early establishment in Weimar by Gropius up until its last formation in Berlin. The video offers a comprehensive overview of the school and its teachings, making clear how its influence has remained to stable.

Reflections on the BSA: Walter Gropius by Boston Society of Architects / AIA

Retrieved from the National Educational Television archives, the Boston Society of Architects published an interview held by Brian O’Doherty with the founder of the Bauhaus, Walter Gropius. Gropius, who also was the first director of the school, eventually settled in Massachusetts after being driven out of his native Germany.

Bauhaus: Art as Life - An Insider’s Glimpse of Bauhaus Life by Barbican Centre on Youtube

In this documentary from the Barbican Centre, Nicolas Fox Weber, Director of the Josef and Anni Albers Foundation, provides a less-known perspective of life at the Bauhaus. In his telling, the Bauhaus was not just a "factory" for design innovation, but a place of parties, personal challenges, and scandal.

The New Bauhaus: A Feature Documentary by Opendox Production

Set to premiere in 2019, the documentary will explore how László Moholy-Nagy brought Bauhaus sensibility to Chicago. The film will feature unprecedented coverage of the Hungarian designer, including archived interviews of the artist, his colleagues, and notable Chicago curators.

While this film is not (yet) available online, its release later this year should make it one to watch out for.

Babylon Berlin by ARD and Sky, available on Netflix

The award-winning German crime-drama series takes place in 1929 during the “Weimar Republic” in Berlin. Although the series does not explicitly connect to the Bauhaus (nor is it a documentary), it provides an overview of the political and social unease gripping Germany at the time, all of which had a profound effect on the fate of the movement. Consider it background research.

Please note: Babylon Berlin is not available on Netflix in all countries. 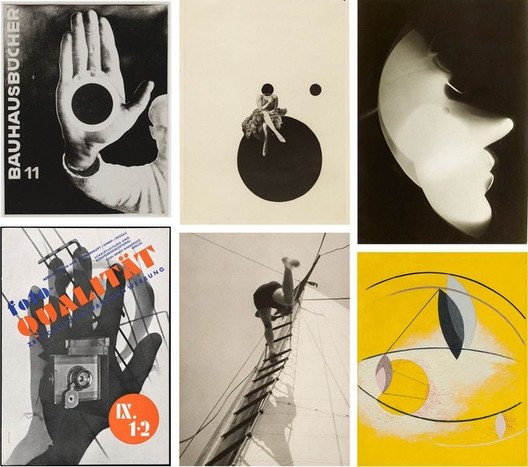