Liz Diller, co-founder of New York-based practice Diller Scofidio + Renfro, said: "‘It is a great honor to be awarded the Jane Drew Prize 2019, and to join such an amazing group of women that came before." The prize, which recognizes "an architectural designer who, through their work and commitment to design excellence, has raised the profile of women in architecture," has previously been awarded to Amanda Levete (2018), Denise Scott Brown (2017) and Odile Decq (2016).

The news of the Jane Drew award comes at a major moment for Diller, whose office recently announced plans for the London Centre for Music and completed the first of two significant works at the Hudson Yards development in New York. Diller is no stranger to awards: just last year she was named one of Time Magazine's '100 Most Important People' (an award she also shared in 2009 with partner Ricardo Scofidio.)

"From her wide range of work – including the High Line in New York, to The Broad art museum in Los Angeles, to the much-anticipated London Centre for Music," explained AJ editor Emily Booth, "Diller’s brave, refreshing, innovative and often cross-disciplinary approach is an inspiration to the architectural profession."

Binet's work spans countries and projects of all types and scales, including works by Caruso St. John, Geoffrey Bawa, Zaha Hadid, and Studio Mumbai. She received the Julius Shulman Institute Excellence in Photography award in 2015, and was named honorary fellow of the Royal Institute of British Architects in 2007. Her work is also included in the permanent collection of the Museum of Modern Art in New York.

The Women in Architecture awards were founded in 2012 with the aim of celebrating the extensive and exceptional work of female architects and design professionals across the world. The awards will be officially presented at a luncheon in March. 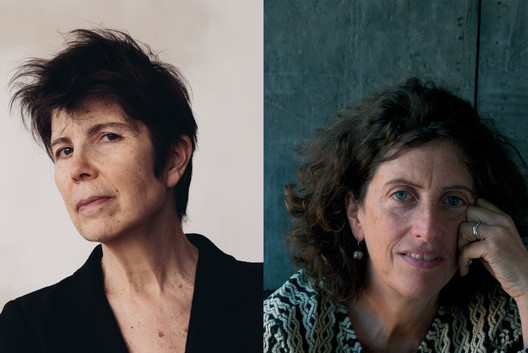