Studio Gang, BIG, Calatrava and SOM are among twelve leading architecture teams vying to work on the Chicago O'Hare International Airport expansion. The city’s request for qualifications calls for demolishing O'Hare's Terminal 2 to replace it with a global concourse and terminal for both domestic and international flights from United and American Airlines. The city’s Department of Procurement Services estimates the total costs of the expansion process (from design through construction) will cost an approximate $8.7 billion. Known as O’Hare 21, the project represents O’Hare’s first major overhaul in 25 years. 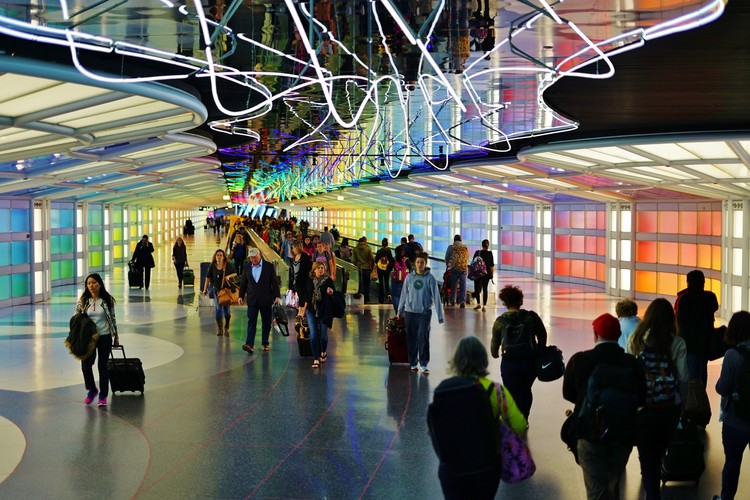 As Chicago Tribune critic Blair Kamin reports, an impressive list of firms is competing on the expansion, including American architect Curtis Fentress, who designed the Denver International Airport, Jahn, Perkins+Will, Gensler, HOK, and Studio Fuksas. Foster + Partners has teamed up with local firms JGMA and Epstein on the bid. Mayor Rahm Emanuel said that selecting an architect for the project is a key priority before he leaves office next May.

The project calls for two satellite concourses to be built as part of the expansion. As Curbed Chicago reports, an evaluation committee will review the qualifications submitted by the firms and recommend a short list of up to five finalists to the city’s Department of Aviation. Two design contracts will be awarded after the finalists are judged, and the winning team will design the global terminal and concourse. The second-place team is expected to design the satellite concourses. In turn, Terminal 5 will be expanded and Terminals 1 and 3 will be renovated. The airport’s total terminal area would grow from 5.5 million to 8.9 million square feet.

Officials hope to complete the multi-phase O’Hare 21 project by 2026. 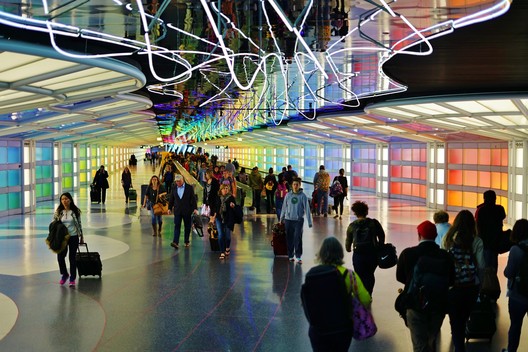