As compelling as this version of Venturi and Scott Brown’s collaborative history may be, the couple’s eternal association often leaves Scott Brown’s personal work in the dust. Other times, Scott Brown’s work in collaboration with Venturi is memorialized as Venturi’s accomplishment alone. Most memorably, when Venturi won the Pritzker Prize in 1991, the jury cited numerous projects completed in collaboration with Scott Brown (like the Sainsbury Wing of the National Gallery, London) as seminal works in his oeuvre. Even after a group of women from the Harvard Graduate School of Design created a petition and gathered over 20,000 signatures in hopes of retroactively awarding Scott Brown the prize, she remained unrecognized.

But Scott Brown’s accomplishments—as well as her work completed alongside Venturi—deserve their moment in the spotlight. Spanning architecture, city planning, furniture design, and theory, her work is in no way homogenous. Indeed, Scott Brown’s varied background means that her work thrives in its ability to reconcile design with social concerns, forging a middle ground between pure aesthetics and pure activism. Here’s a look at some of her lesser-known work:

In contrast with Venturi’s architectural focus, Scott Brown’s most prolific projects were in urban planning. In Jim Thorpe, a small mining town in Pennsylvania, Scott Brown led an effort to revive the Victorian-era Main Street. Through a robust series of demographic and economic analyses, Scott Brown formulated a plan that would resuscitate the mountainous Appalachian town through tourism. Encouraging fluid architectural preservation and introducing consistent signage and branding, Scott Brown’s work ushered in a new era for the now-popular destination.

While at Yale in the late sixties and early seventies, Venturi and Scott Brown taught a number of studios that heralded American vernacular architecture, from the roadside to the rowhome. In 1968, the same year the couple taught their famous “Learning from Las Vegas” studio, Scott Brown undertook a historic preservation project in Philadelphia that followed a similar principle: respect for the ordinary.

In opposition to a proposed cross-town expressway that would have run through South Philadelphia, Scott Brown collaborated with grassroots organizers to preserve the area; a community that was both architecturally rich and a center for African American life. In a meeting with city officials that September, Scott Brown presented images of the neighborhood on a white background, as if curating an exhibition. In so doing, she demonstrated the value of the three-story brick row homes, storefronts, and schools along Philadelphia’s South Street. The strip was ultimately preserved and remains a vibrant area of the city.

By the late seventies, Venturi and Scott Brown had begun designing furniture for Knoll. A series of chairs by the couple interpreted the shape of the traditional Chippendale chair in a two-dimensional silhouette clad in various modern patterns. For the most part, Venturi would study chairs from different eras – Art Nouveau, Art Deco, Queen Anne, etc.— and Scott Brown would create patterns to be applied to the forms. Working in Philadelphia’s Fabric Workshop, Venturi and Scott Brown created a design they dubbed “Grandmother” that featured a floral, quilt-like pattern interspersed with hash marks. Printing samples on cotton and sateen, Scott Brown also played with an abstract black-and-white design. According to Scott Brown, with time this pattern began “to look more like the black-and-white blobs on the covers of composition notebooks that American children use in school.” By applying a pattern ubiquitous in American visual culture to chairs sold by such high-end manufacturers as Knoll and later Swid Powell, Scott Brown blurred distinctions between "high" and "low" art. 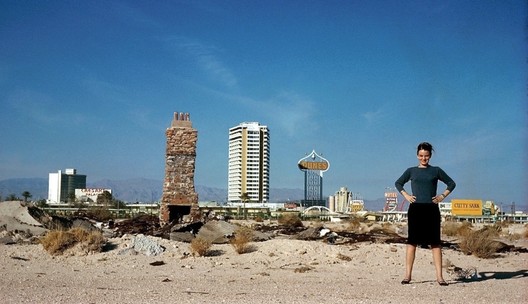