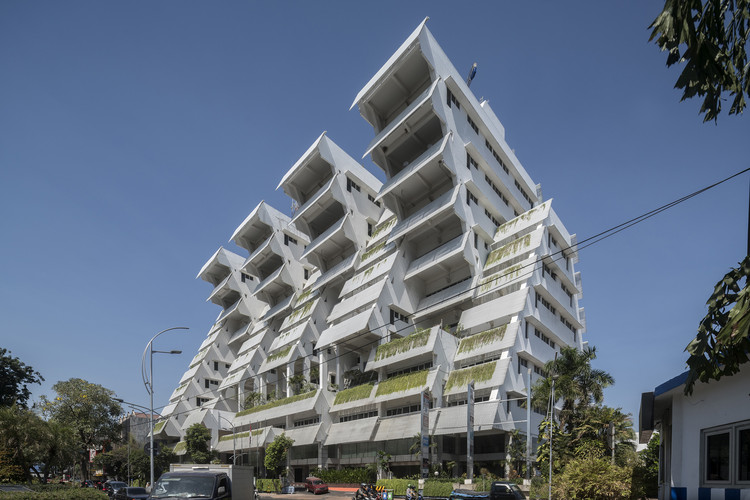 Soh’s photographs, while remarkable as standalone pieces, do not function as provocations or statements; they are, nonetheless, a befitting reminder of what Robert Bruegmann noted earlier in a two-part essay: “The 1970s, the period in which Rudolph apparently disappeared, actually marked a transitional period in his career... a series of new commissions from Southeast Asia appeared that would make the early years of the 1980s as crucial in his late career as the mid-1960s were in his early career.”

In fact, it was in Southeast Asia that Rudolph was really able to explore some of his key ideas fully through his designs for several large-scale projects commissioned by wealthy clients. Quite unlike the West, clients here were quick to embrace his modernist vision, partly due—as Joseph Giovannini wrote in The New York Times—to “a particular aversion to the historical classicism espoused by the postmodernists because it echoed the styles imported by colonial powers.” The towering megastructures that Rudolph built would eventually become important as symbols of growth and progress in the rapidly developing skylines of Singapore and Indonesia.

What is most striking at first glance is Rudolph’s bold experimentation with the “brick of the twentieth century,” prefabricated units. Although the prefab dream was only partly realized at this time due to technical and financial difficulties, he explored the spatial, formal and aesthetic potential of the modular unit using conventional building methods. It is perhaps this peculiar aspect that renders these buildings at once dramatic and dynamic amid an army of rigid glass towers.

Interestingly, while all of this catered to Rudolph’s architectural ideals, it was also designed with a consideration for the hot, humid climate of these countries. The masterful layering of solids and voids in The Colonnade allowed respite from the harsh summer sun, with the cantilevered units shading the spaces below.

Stepped volumes and offset floor plates also found their way into the design for The Concourse, but this time, with the outer, octagonal walls of each floor sloped outwards to minimize heat gain.

Similarly, The Intiland Tower (formerly Wisma Dharmala) also made use of terraced floors with generous overhangs.

More importantly though, as Bruegmann argues, when one speaks particularly of Rudolph’s late work, it is imperative to consider “his concern for architecture as an urban art.” Large-scale projects called for greater site specificity, and Rudolph sought to connect his buildings with the users and the immediate context, as well as the larger city.

It was with this in mind that he designed structures lifted off the ground on columns, thereby creating generous, open space below. While these public or semi-public spaces catered to the scale of the everyday pedestrian or the automobile user, the structure in its entirety assimilated itself into the surrounding built fabric.

From Thailand, Singapore, Indonesia, Hong Kong, and Bangladesh in Southeast Asia, to as far as Japan, Israel, Lebanon, Spain, France and Switzerland, Rudolph left behind numerous built and unbuilt designs for projects as diverse as bungalows, stadiums, universities, high-rises, apartment complexes and master plans. So how is it that this vast body of work came to be treated as a feeble postscript to his oeuvre? Apparently, the toppling of Modernism in America was not the only reason for this. As noted in the book Paul Rudolph: The Late Work, delays in construction timelines, distance from the West, and Rudolph’s insouciance toward self-promotion through the media all contributed to dim the brilliance of these late years.

This, in turn, probes one to think further—about the importance (or perhaps otherwise) of utilizing the architectural media for self-promotion, what the word "failure" really means in the light of creative professions, and more generally, how history is always multipronged, forever open to multiple ways of reading.

For more on Rudolph, browse through Robert de Alba’s Paul Rudolph: The Late Works, Robert Bruegmann’s The Architect as Urbanist: Part I and Part II, or check out our earlier articles here. 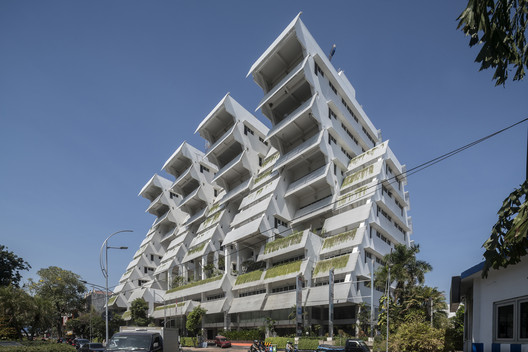