Humans are adaptable animals; we have evolved to adjust to, and survive in, many difficult and extreme conditions. In some cases, these extremes are natural, while in other modern cities extreme living situations are created by us, and we are forced to accept and adjust. Here is a list of extreme settlement conditions: some challenging, some wonderful and all of them offering a fascinating insight into how we occupy the planet in 2017.

While several Asian cities feature on the list of most expensive in 2017, Singapore comes out on top. The study was based on the price of day-to-day and specialty products including food, clothing, drinks and household supplies converted to US Dollars. The conclusions drawn were that in Singapore, basic items cost a lot, with a one-kilo loaf of bread costing $3.55 U.S. and a bottle of wine $23.68. Interestingly, while most of the other cities on this list are facing housing affordability crises, as of 2016 80% of local Singaporeans were living in subsidized housing blocks, which perhaps explains how the most expensive city in the world remains viable to live in.

Affordable, diverse and beautiful, it's no wonder Thailand features first on the list of most visited for 2017. Its vibrant center, Bangkok, is expected to draw 20.2 million international overnight visitors this year alone, more than double its population of 8 million. It is interesting to consider the nature of a city so dominated by, and therefore tailored to, tourists. Bangkok narrowly beats London by 200,000 visitors.

City with the Highest Population Density

With a population density of 71,263 people per square kilometer (or 107,562 per square mile), Manila in the Philippines is by far the most densely populated city in the world. Its density per kilometer squared is more than double that of the next densest location—neighboring municipality Pateros, and even famously dense Mumbai. A large harbor city, Manila locates its population among a series of contemporary high-rises and a prolific Spanish baroque style which came about in response to high earthquake risk.

City With the Most Skyscrapers

Hong Kong is famous as a global financial hub and for its sky-scraper skyline—often featuring in modern films. With 317 buildings over 150 meters tall, the city literally towers above the rest of the list of cities with the most skyscrapers, beating New York by 60.

Each year the Economist Intelligence Unit's (EIU) Liveability Index ranks 140 cities by their healthcare, education, stability, culture, environment and infrastructure to determine the world's most liveable city. Melbourne has taken the top spot for the seventh time, scoring 97.5 out of a possible 100. The ruling is not without controversy though, with critics suggesting the ranking glosses over the realities of life for many people living in the city.

As the only settlement in the top ten not in China, La Rinconda is the highest city in the world at 5,130 meters (16,830 feet). The city rests at the foot of La Bella Durmiente, "The Sleeping Beauty" glacier, high in the Andes. With temperatures too low for tree growth, this barren and surreal landscape is home to nearly 50,000 people. Despite being only 14 degrees from the equator the average temperature is 1.2 °C (34.2 °F).

UNICEF defines city proper as "the population living within the administrative boundaries of a city." Described as one of China's emerging megacities, Chongqing packs in 30,165,500 people, beating Shanghai by close to 6 million. As a transportation hub and manufacturing center, Chongqing serves as the economic core of the upstream Yangtze Basin and is the only one of China's four direct-controlled municipalities located far away from the coast.

As a gateway into Antarctica, Puerto Williams uses its extreme southern location as a drawcard for tourists, even touting the slogan The southernmost city in the world. Two other cities also lay claim to the slogan, Ushuaia in Argentina and Punta Arenas in Chile, but by latitude Puerto Williams, a port town on Navarino Island, surrounded by pristine eco systems, is the ultimate winner.

City with the Most Billionaires

With a grand total of 80, London is the city the most billionaires choose to call home, according to the annual Sunday Times Rich List. According to Business Insider only 5% of the world's billionaires are worth more than $10 billion USD, but it doesn't stop them all collectively owning $7.6 trillion of the world's current total of $241 trillion in wealth.

City with the Most Traffic Jams

Densely populated and a hot spot for tourists, it's no wonder Mexico City has some congestion problems. Evidently, the worst congestion problems in the world. This scale gives it a level of 66%, meaning an additional average of 59 minutes is spent per user on the roads. This gets as high as 101% during peak evening periods.

The Even word kheium, in which this settlement aptly finds its namesake, reportedly translates to "unfrozen patch of water; place where fish spend the winter." Oymyakon, in Northern Russia is the coldest permanently inhabited locale on the planet. The average minimum temperature in winter remains below −50 °C (−58 °F) and the coldest ever temperature recorded in the Northern Hemisphere occurred there in 1933, coming in at −67.7 °C (−89.9 °F). June and July are the only months in which the temperature has never dropped below −10 °C (14 °F), and it can actually get hot, reaching over 30 °C (86 °F) on some days. 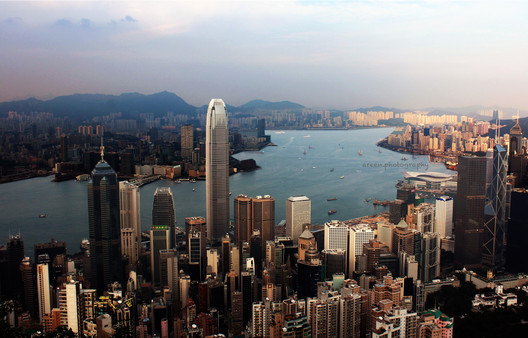