Save
Where Roofs and Streets Become One: Iran’s Historic Village of Masuleh
Share
Or
Copy

More than a thousand meters above sea level on the slopes of the Alborz mountain range in Gilan, northern Iran, a remarkable village dating back to 1006 AD bustles with life. The unique ochre-brown structures of Masuleh follow the slope of the mountain that the village nestles on—or rather, grows from—giving the village its most unusual quality: the roofs of many of the houses connect directly to, or even form a part of, the street serving the houses above. 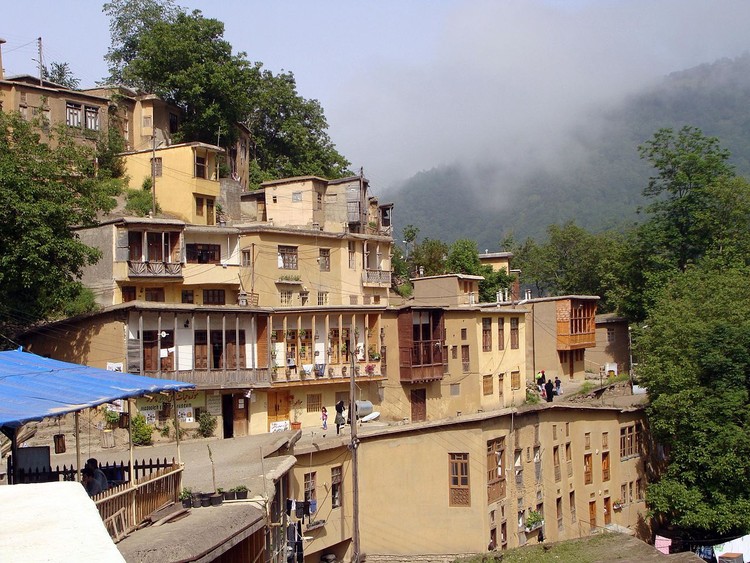 The history of the ancient village can be traced back to a site which now lies six kilometers north-west of modern-day Masuleh. With the province of Gilam lying along the Silk Route, the village (previously known as Khortab, or Masalar) developed around an iron mine and soon grew into a thriving commercial hub with trade revolving around the ironworks industry. According to recorded history, the shift in sites was a gradual process led by several unfortunate incidents including a deadly plague epidemic and a massive earthquake. Now known as Kohneh Masuleh, or Old Masuleh, the ancient site exists as little more than a stretch of bare land strewn with rocks, while its (relatively) modern counterpart lives on nearby.

Guided primarily by climatic concerns, the choice of location and height, and hence the spatial layout, is far from arbitrary. Building on levels lower than this would have brought with it the ever-present danger of flooding, and the Iranian winters would have made it too cold to occupy. The location of present-day Masuleh allows optimal solar exposure, temperature, as well as protection.

Here, nature, architecture, and the community flourish together. This is a village built not by trained architects, but by the inhabitants themselves. Like all vernacular architecture, it is clever in its sensitivity towards the environment, climate, materials, and local needs and traditions. Houses built out of a combination of wood, adobe, and stone stand resolutely on a 60-degree incline. With natural rock at the foundation, and a sturdy “koh deevar” or “mountain wall” supported by the mountain slope at the back of each structure, the stepped village is built to be earthquake resistant.

Not unlike how trade was central to the community in the past, the bazaar remains at the heart of the village. Here several handicrafts are made and sold but apart from craftsmen actively practicing and selling their goods to locals and visitors, local crafts are also an integral part of the buildings, especially the art of gereh-chini (traditional woodwork): south-facing facades of the two and three-storeyed houses are punctured with windows decorated with intricate wooden latticework.

Most extraordinary of all, however, is Masuleh’s ingenious use of public space: with no marked boundaries, all rooftops double as courtyards, gardens and public thoroughfares for the inhabitants on the level above. Meandering stairways, narrow alleys and paths link one terrace to the other, and the village rises as one massive interconnected, multi-leveled public space shared by the whole community. Each narrow staircase in the village is equipped with a ramp as well, but only to accommodate the wheelbarrows that the locals use for transporting goods; due to its unique spatial layout, Masuleh is the only settlement in Iran where automobiles are strictly prohibited and pedestrians roam freely.

In its interconnectedness, it is reminiscent of the maze-like rooftops of the old town of Ghademes in northwestern Libya, but unlike Ghademes, the rooftops in Masuleh play an integral role in community interaction and friendly cohabitation.

While the village staggers with an ever-increasing influx of tourists every year, the application to make the thousand-year-old Masuleh a UNESCO World Heritage Site is underway. 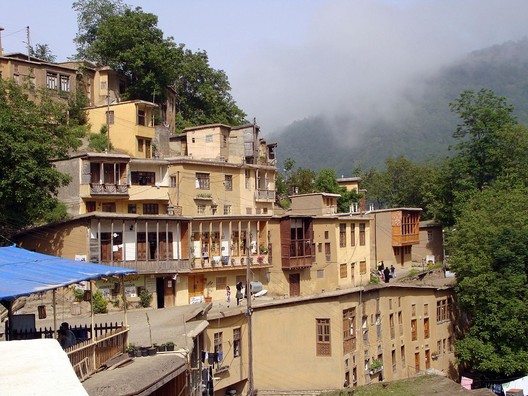