Against the backdrop of an ever-increasing number of its farmers committing suicides, and its cities crumbling under intensifying pressure on their water resources—owing to their rapidly growing populations—India has revived its incredibly ambitious Interlinking of Rivers (ILR) project which aims to create a nation-wide water-grid twice the length of the Nile. The $168 billion project, first envisioned almost four decades ago, entails the linkage of thirty-seven of the country’s rivers through the construction of thirty canals and three-thousand water reservoirs. The chief objective is to address India’s regional inequity in water availability: 174 billion cubic meters of water is proposed to be transported across river basins, from potentially water-surplus to water-deficit areas.

The project is presented by the Indian government as the only realistic means to increase the country’s irrigation potential and per-capita water storage capacity. However, it raises ecological concerns of gargantuan proportions: 104,000 hectares of forest land will be affected, leading to the desecration of natural ecosystems. Experts in hydrology also question the scientific basis of treating rivers as “mere conduits of water.” Furthermore, the fear of large-scale involuntary human displacement—an estimated 1.5 million people—likely to be caused by the formation of water reservoirs is starting to materialize into a popular uprising.

Precipitation, the primary source of water in India, is characterized by its highly uneven distribution pattern in the country;: while India’s northern and eastern states receive abundant rainfall, its southern and western states don’t. This is compounded by the fact that the country receives eighty-five percent of its rainfall during the short monsoon months. As a consequence, there exists a wide disparity in water availability: it is as high as 14,057 cubic meters per person per year in the north-eastern Brahmaputra-Barak basin, and as low as 307 cubic meters per person per year in the western Sabarmati basin. The United Nations considers anything below 1,000 cubic meters per person per year as water scarcity. While thirty-three percent of India’s geographical area is prone to recurring droughts, twelve percent faces periodic floods. This natural but sorry state of affairs is what the project hopes to alter.

“If we can build storage reservoirs on these rivers [with surplus] and connect them to other parts of the country, regional imbalances could be reduced significantly and lot of benefits by way of additional irrigation, domestic and industrial water supply, hydropower generation, navigational facilities etc. would accrue,” explains the manifesto of the National Water Development Agency (NWDA) which is overseeing the project.

However, if all thirty river links are completed, the ILR project would be the largest water infrastructure project undertaken in the world. Its canal network, stretching across fifteen-thousand kilometers—twice the length of the world's longest river, the Nile—would, in theory, increase India’s utilizable water resources by twenty-five percent, thus addressing the country’s dismal per-capita water storage capacity (which currently stands at a mere 200 cubic meters against China’s 2486 cubic meters). The project is also expected to raise India’s irrigation potential to 175 million hectares from the current 140 million hectares, thus boosting its food grain production by almost seventy percent to 450 million tons, while generating 34 gigawatts of hydroelectric power capacity.

At the heart of the ILR project's story right now is the Ken-Betwa river link, the $1.7 billion pilot scheme of the project, which received approval from the Investment Clearance Committee of India’s Ministry of Water Resources earlier this year. The model link, a Peninsular sub-component, aims to divert surplus waters from the Ken basin to the deficient upper-Betwa basin through the construction of seven dams and barrages. The 73.8 meter-high Daudhan dam across the Ken will help channel 3,196 million cubic meters of water into a 231-kilometer-long link canal to the Betwa, in an effort to irrigate 645,000 hectares of land and generate 72 megawatts of power.

But the damming of the rivers and the creation of artificial reservoirs has been challenged by environmentalists. The project is set to submerge 6,400 hectares of forest land in the fragile Panna Tiger Reserve. Also, the project’s potential human impact has gone largely unnoticed: official figures—which have been heavily contested—indicate that a total of 38 villages will be affected. This translates to a population of 20,000 people who will be involuntarily displaced from their lands and local livelihoods. About a hundred of these people came together recently to form the Panna Vikas Manch (Panna Development Platform) under the leadership of the Dilhar Kumari, the titular Rajmata (Queen Mother) of the former princely-state of Panna, to petition against the project while demanding active public participation. The delegation, which plans to travel village-to-village in an effort to educate citizens while gathering support against the Ken-Betwa link project, received support from local politicians cutting across party-lines—a rare sight in India’s deeply divisive political system.

While forced land acquisition by a country’s government isn’t necessarily an evil scheme—it is generally rooted in the larger public interest—it deserves serious questioning if the very rationale behind the project is suspect. The initiative, widely seen in scientific circles as an experiment in “reductionist hydrology,” had faced opposition from Ramaswamy Iyer, former secretary of the Ministry of Water Resources, who dismissed it as “technological hubris,” famously declaring that a river isn’t “a bundle of pipes which can be cut, turned and welded at will.”

The subject of resettlement and rehabilitation of the displaced population needs to be addressed as well, considering India’s history in this regard is dubious at best. In 1989, during the construction of the Sardar Sarovar dam over the Narmada river in India’s western state of Gujarat, 3,000 displaced people alleged violation of their human rights and grave indifference on the part of local government officials. The consequential Medha Patkar-led Narmada Bachao Andolan (NBA; Save The Narmada Protest) uncovered critical gaps in the government’s rehabilitation policies which finally led to the World Bank’s withdrawal from the project in 1993. It is important here to acknowledge that India has, in fact, made progress in this matter: the country drafted its first national-scale rehabilitation policy in 2004, which was later amended in 2007 to form the National Rehabilitation and Resettlement Policy. The Land Acquisition Act of 1894, a vestige of India’s colonial past, was heavily reworked as well, and the Right to Fair Compensation and Transparency in Land Acquisition, Rehabilitation and Resettlement Act (LARR) was enacted in 2013. These acts now provide a legal framework to ensure that rehabilitation concerns are integrated into the developmental planning and implementation processes—promoting least-displacing alternatives, ensuring adequate monetary compensation, the creation of supporting physical and social infrastructure at the place of relocation, and efforts to restore the affected populace’s income; for instance, more than a seventh of the project fund for the Ken-Betwa link is proposed to be directed towards social and economic rehabilitation. But while the solidification of policies was an important first step, it remains to be seen whether the benefits they outline will trickle down to the grassroots level, where India still battles rampant corruption.

All concerns aside, India’s water woes are alarmingly real. The country currently supports sixteen percent of the world’s population while it has access to a mere four percent of the world’s water resources. Recurrent floods and droughts claim thousands of human and animal lives every year, not to mention billions of rupees in damages to the country’s physical infrastructure and economy. With a rapidly growing population—India is set to surpass China to become the world’s most populous nation by 2024—increasing urbanization, and global climate change, the country is inevitably staring at a water crisis in the very near future.

In the aforementioned context, the Ken-Betwa link holds immense significance. Its success or failure will determine the fate of the larger ILR project. The pilot link, if it gets green-lighted, needs to be heavily monitored through all stages of its implementation by governmental and independent agencies while its final outputs are weighed against its objectives, in order to ascertain its on-ground impact on water availability, irrigation, agriculture, ecology, and the community. On the other hand, if the Ken-Betwa link doesn’t see the light of day, it will at least have done a major service in bringing India’s water issues to the forefront of the country’s mainstream political discourse. The country could then begin to look at other feasible alternatives proposed by experts; the most favored is the intra-basin water management strategy whose bottom-up, participatory, and decentralized approach lays emphasis on understanding justified water needs at the local level, as it prioritizes region-specific traditional solutions. Furthermore, a review of India's current agricultural and industrial water-use policies is long-overdue and needs to be undertaken soon in an effort to improve efficiency. 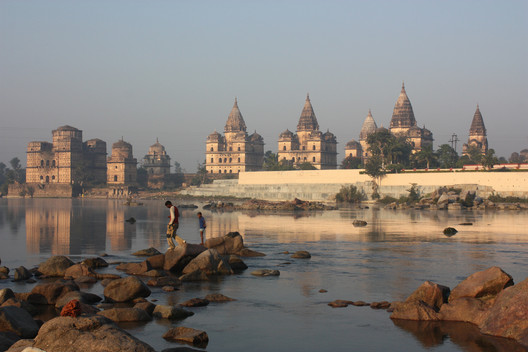