German architecture firm 22quadrat was inspired by the visual effect created by soundwaves moving through water when designing “impulses,” a brick relief wall in the interior courtyard of the Pallotti Residential Complex in Freising, Germany. The architects derived the concept from a metaphor; a single brick is like a single particle, hardly noticeable on its own but capable of much greater impact when combined with others. 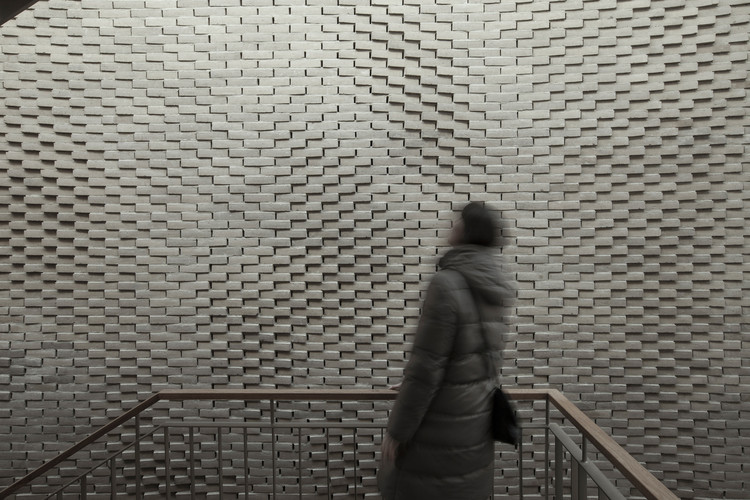 With the help of digital modeling and a collaboration with MMZ Architekten, ROB Technologies, and FaBö, the brick wall was constructed by hand utilizing water-struck brick. Water-struck brick is made of clay with a high moisture content and plasticity. These bricks have a unique surface texture after firing and are denser than standard bricks, which enhances all of brick’s natural benefits, such as strength, durability, resistance to weather and pests, and thermal mass efficiency.

The architects at 22quadrat took inspiration from the way that water can retain information, the way that it resonates long after a disturbance. The designers thought of water as a way to store and mediate sounds and emotions. After undergoing a study exploring the properties and structures of water, the architects used that information to create a precise 3D model of the brick wall, which was then executed by craftsmen. 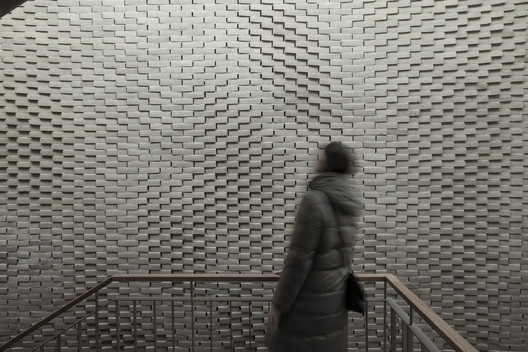