Save
Video: The Latest Development at the 2015 Milan Expo Site Revealed with a Drone
Share
Or
Copy

The 2015 Milan Expo has been keeping architecture fans in the loop with "Belvedere in Città," its continuing series of videos filmed with the help of a drone. Since our update last month, two new videos have been released - and now that the recognizable forms of the pavilions are starting to emerge, the videos include labels for each feature of the expo site. With the help of these new videos it is easy to see the forms of highly-touted pavilions such as Libeskind's Vanke Pavilion, or Nemesi & Partners' smog-eating pavilion for Italy, gradually taking shape around the twin axes of the "cardo" and "decumanus," an ancient Roman planning tool borrowed for the site's masterplan by Jacques Herzog, Mark Rylander, Ricky Burdett, Stefano Boeri, and William McDonough. Read on after the break for the second video, and screenshots of the construction works. 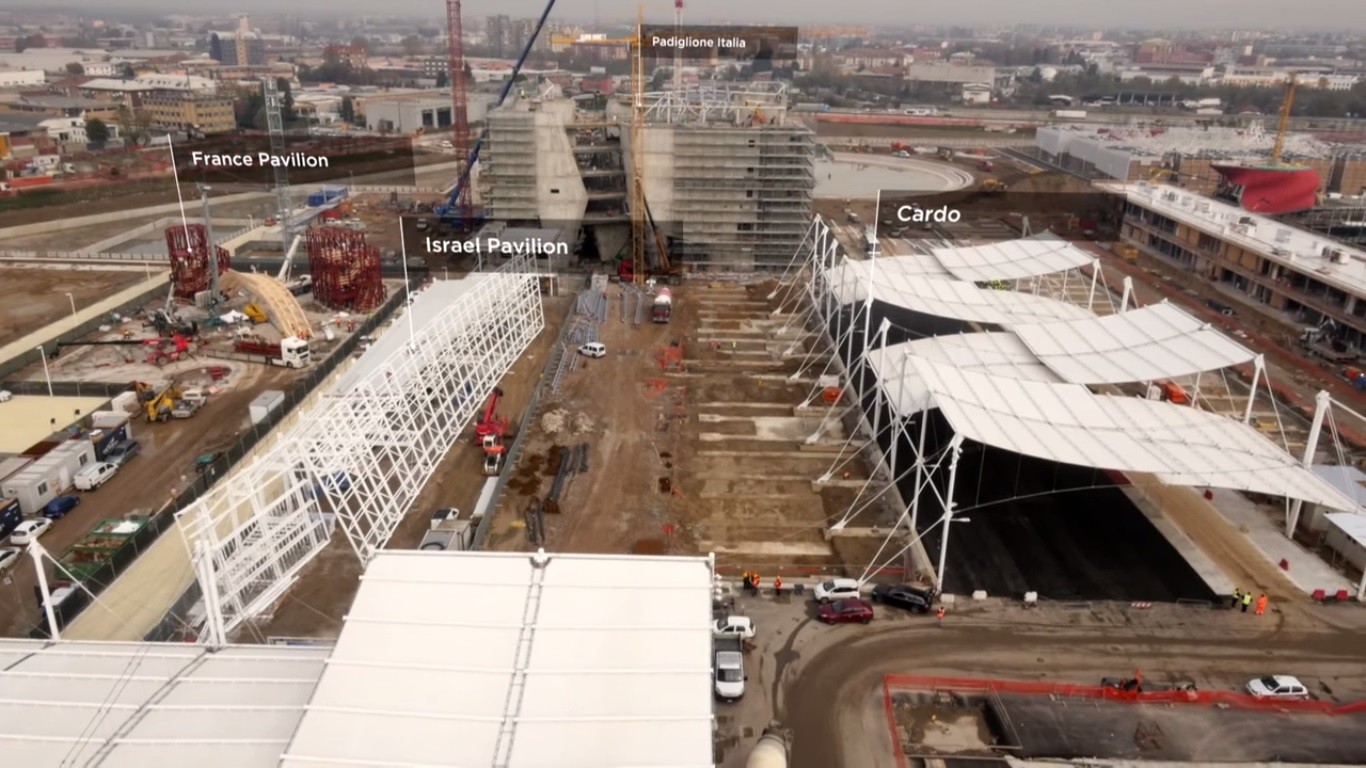