Save
Infographic: The Bauhaus Movement and the School that Started it All
Share
Or
Copy

Bauhaus, the school of design established by Walter Gropius in Weimar in 1919, has arguably been the most influential of any institution in shaping the trajectory of modern architecture. Out of this single school came an entire movement that would have lasting effects on architectural pedagogy and the design of everything from buildings to road signs. Born out of a larger cultural movement following Germany’s defeat in World War I which left the country ripe for regrowth without the previous constraints imposed by censorship, the core of Bauhaus philosophy were the principles of craftsmanship and mass production, which allowed for the movement’s rapid proliferation and a production model that would later inform contemporary design companies such as Ikea. Check out the infographic from Aram below to learn more about the movement, tracking the school from its origins in Weimar, via its canonical Gropius-designed home in Dessau, to its continuing legacy today. 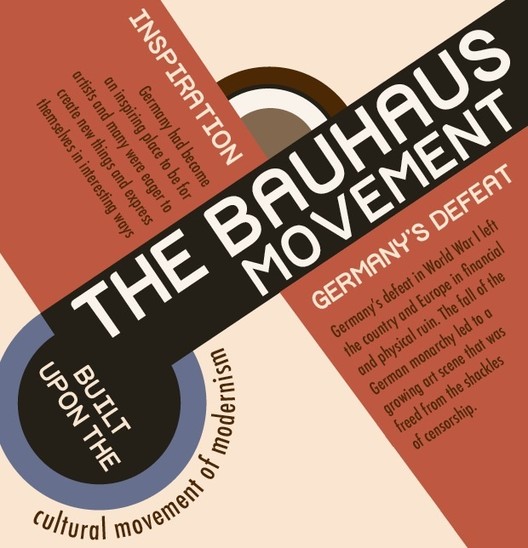