Save
Chicago Biennial: "The State of the Art of Architecture" Will Feature Photo Series by Iwan Baan
Share
Or
Copy

In addition to the new name, the Biennial also announced its first major project, a photo essay of Chicago by Iwan Baan, which will contextualize the many landmarks of the Chicago skyline within the wider cityscape and within the day-to-day life of the city.

Read on for more about the biennial theme and more images from Iwan Baan. 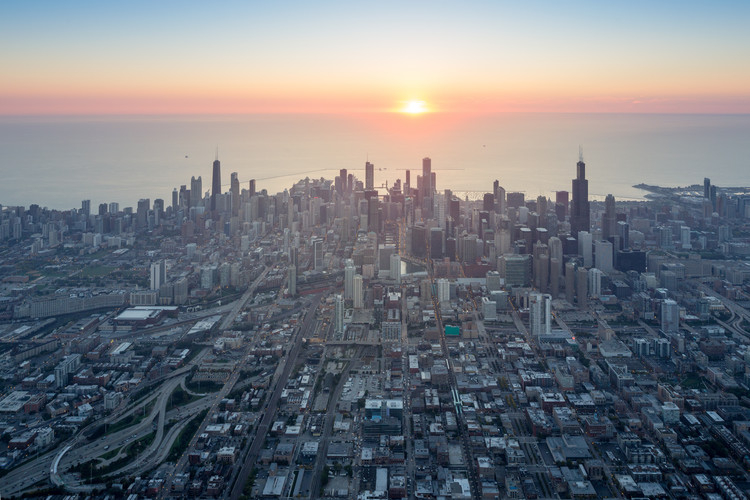 The aim of The State of the Art of Architecture is to "advance Chicago’s unique place in history as a site of architectural innovation." Architecture "permeates fundamental registers of everyday life," explain the directors, from the local to the global, and their biennial "will take stock of the extraordinary ways that architects, artists, designers, planners, activists, and policy makers from around the world are tackling such challenges today."

Iwan Baan's work was commissioned to exemplify this approach, as his worldwide renown mirrors the scope of the biennial. "Perhaps better than anyone else he embodies the globalized nature of architecture in the 21st century: he travels incessantly, rarely spending more than a few days in any country and a fortnight on any continent," they explain.

But it is not just his stature that makes Baan suitable as the first commission of the Chicago Architecture Biennial; his work also embodies the dual focus of the event, on the global scale but also as architecture relates to individual humans at specific points in time. "Much as with his architectural work, Baan’s photographs of Chicago capture the city during a moment of its daily routine," explain the directors. "Like the Biennial itself, Baan’s expansive photographs interpret Chicago as a realm of architectural possibility, past and future."

As they prepare for the Biennial's opening in October 2015, Grima and Herda will consult with a number of international architects, including David Adjaye, Elizabeth Diller, Jeanne Gang, Frank Gehry, and Stanley Tigerman, along with critic Sylvia Lavin, Chairman of the Pritzker Prize Lord Peter Palumbo, and the Serpentine Gallery's Hans Ulrich Obrist.