On Monday, Sean Godsell unveiled the inaugural MPavilion in Melbourne's Queen Victoria Gardens. Intended as an Australian counterpart to London's wildly successful Serpentine Gallery Pavilion, the Pavilion will be open until February 1st, hosting a series of events throughout its four-month stay including talks, workshops, film screenings and art interventions.

Funded primarily by the recently established Naomi Milgrom Foundation, with assistance and support from the Serpentine Gallery itself, the pavilion is the first step in the Naomi Milgrom Foundation's goal to position Melbourne as "Asia-Pacific’s hub of design and architecture." The first instalment by Godsell features a simple frame covered with automated aluminium panels, which open and close in response to the sunlight. 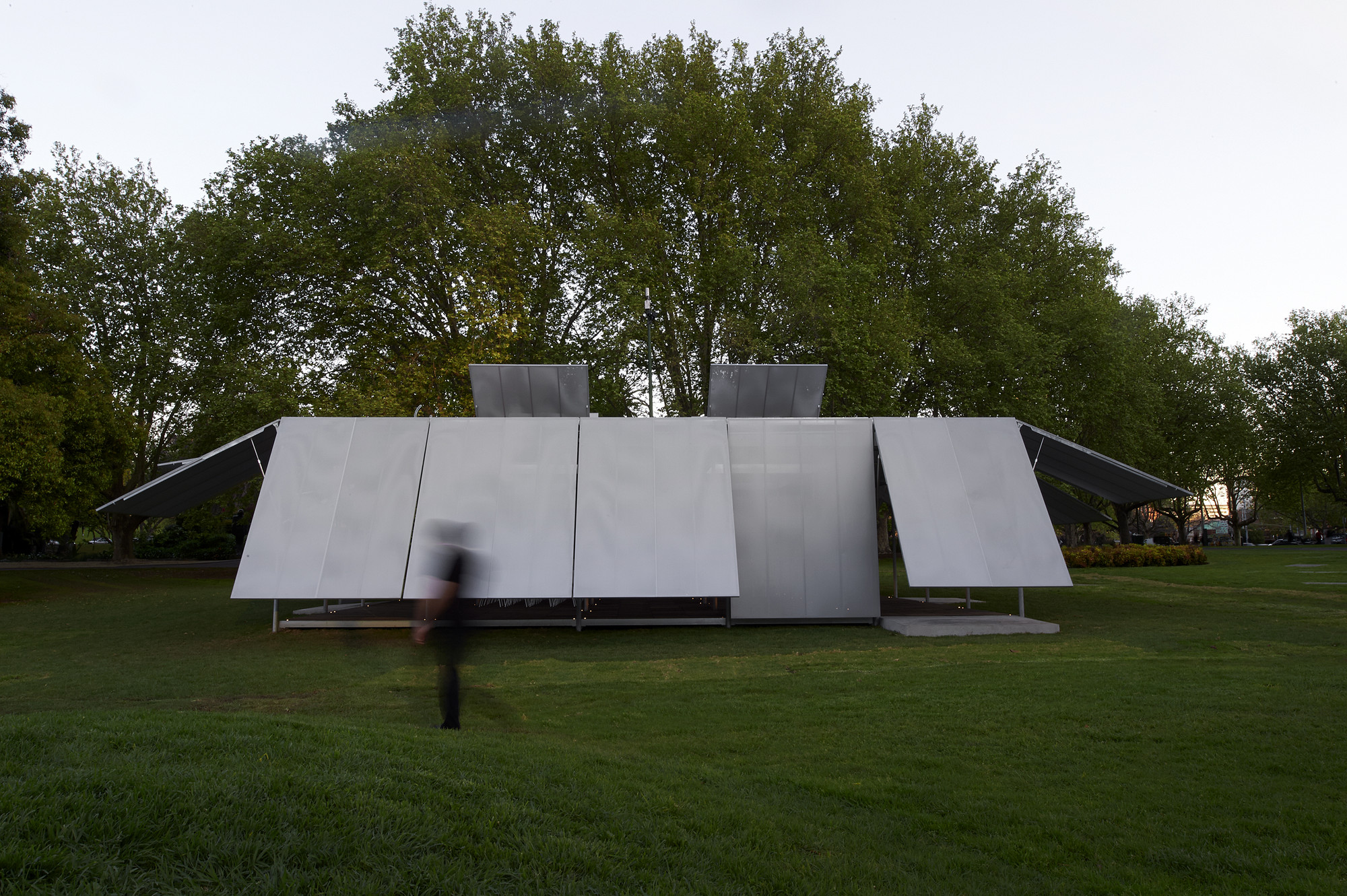 "The design incorporates an innovative construction with wall and roof panels that open and close on pneumatic arms," said Sean Godsell. "This fully automated ‘outer skin’ means that the pavilion will ‘open’ each morning and ‘close’ at the end of the day in a number of different configurations. Its exterior is perforated aluminium that reflects light and animates the building. Conceived as architecture that ‘blooms like a flower’ each day and opens to its audience, it also has a mysterious box-like quality at night."

"Through my foundation I want to initiate a truly inspirational design and architecture project for Melbourne with an enduring legacy," added Naomi Milgrom. "I was inspired by London’s Serpentine Gallery Pavilion and have sought to take this idea further by adding a robust cultural program that celebrates design, architecture and creativity in our city."

The opening was also attended by Julia Peyton-Jones, the co-director of London's Serpentine Gallery, who commented that "Naomi has the energy and integrity to make this project reality and I believe it will add enormously to Melbourne’s social and cultural life."

In partnership with the City of Melbourne and the Victorian State Government, the Naomi Milgrom Foundation has committed to funding the annual pavilion for at least four years. After their four-month stay in the Queen Victoria Gardens, each one will be gifted to the city of Melbourne to be moved to a permanent location.