Save
Animal Printheads, Biomimicry and More: How Nature Will Shape the Built Environment of the Future
Share
Or
Copy 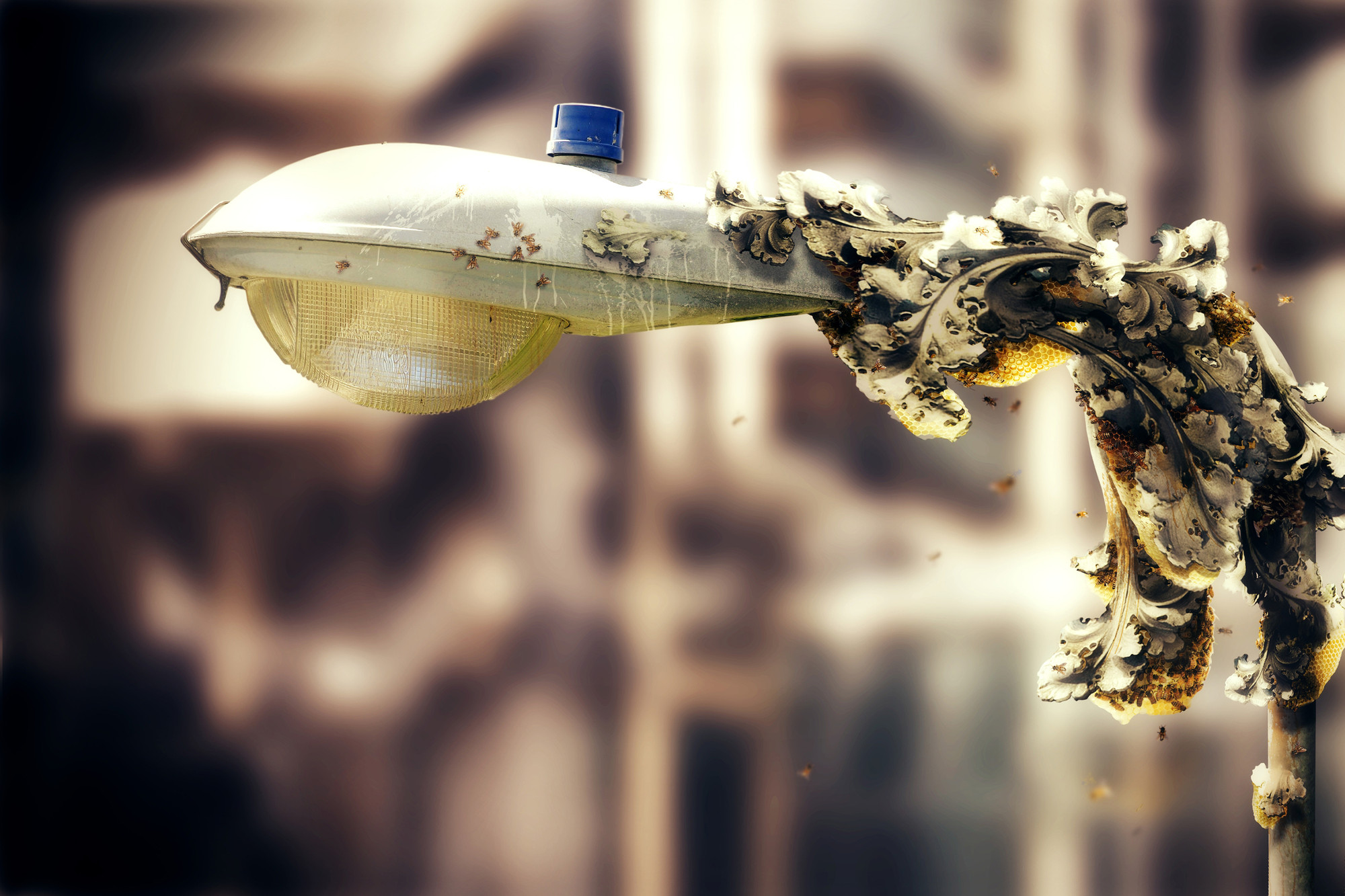 In his article, Manaugh explores present and future examples of biological manufacturing processes alongside a series of fascinating images by John Becker. Their ongoing project, which began in 2011, imagines a future in which bees have been genetically modified to “print” concrete. The images depict a world in which “rogue 3D-printing bees” create unintended architectural interventions on the very buildings they were meant to restore.

The 3D-printing bees have become a nuisance: “They print on signs and phone poles; they take over parks and gardens where they print strange forms on flowers, sealing orchids and roses in masonry shells. Bizarre gardens of hardened geometry form on windowsills and ledges, deep in urban forests and along railways and roads.”

Understood in the context of other design precedents, this science-fiction scenario illustrates an eerily plausible future in which biological manufacturing has slipped out the control of humans. Recent experiments have shown that it is indeed possible to produce new economically viable materials through “animal-based manufacturing” processes. Manaugh lists numerous precedents that demonstrate how animals can be biologically altered in this way, including silkworms that can produce colored silk, and genetically engineered goats that can produce spider-silk proteins for a new “unbreakable super-fiber.”

The Silk Pavilion is an example of animal-based manufacturing being utilized on an architectural scale. Consequently, it is not difficult to imagine a future in which buildings grow and change organically over time. The increasing capabilities of 3D printing technologies, and even the advent of “animal printheads” could be a catalyst for a new architectural model that founder of the Mediated Matter group at MIT’s Media Lab, Neri Oxman, describes as “The World as Organism.”

Biological organisms are far more complex than any building or gadget that exists today. As Oxman describes in her “Five Tenets of a New Kind of Architecture,” nature responds to changes over time, regenerates, maintains self-sufficient systems, and through it all, creates beauty. In other words, we have an infinite amount of knowledge to gain from the natural world around us.

At first glance, examining how animals utilize their own versions of 3D printing may seem like looking backwards. But if we can unlock the potential for biological materials and manufacturing processes already found in nature, we may live to see a built environment that is inherently linked to the natural world and contributes to it rather than threatening to destroy it.