Save
Justin McGuirk's Radical Cities: Across Latin America in Search of a New Architecture
Share
Or
Copy

In Radical Cities, Justin McGuirk travels across Latin America in search of the people and ideas shaping the way cities are evolving: "after decades of social and political failure, a new generation has revitalised architecture and urban design in order to address persistent poverty and inequality. Together, these activists, pragmatists and social idealists are performing bold experiments that the rest of the world may learn from." The following is an excerpt from Radical Cities on PREVI - the great, but all-but-forgotten experimental housing project in Lima that counted James Stirling and Aldo van Eyck among its contributors.

In a northern suburb of Lima is a housing estate that might have changed the face of cities in the developing world. Its residents go about their lives feeling lucky that they live where they do, but oblivious to the fact that they occupy the last great experiment in social housing. If you drove past it today, you might not even notice it. And yet the Proyecto Experimental de Vivienda – PREVI for short – has a radical pedigree. Some of the best architects of the day slaved over it. Now it is largely forgotten.

In 1966, President Fernando Belaúnde, a former architect, agreed to hold an international competition to solve the city’s housing problem. The list of participants reads like a roll-call of the 1960s architectural avant-garde: James Stirling, Aldo van Eyck, the Metabolists, Charles Correa, Christopher Alexander and Candilis Josic Woods. These are only the most famous. There were thirteen international teams and thirteen Peruvian – it was a housing Olympiad of sorts.

The conditions were exceptional: an architect president, an all-star cast, and funding from the UN. This was it, this was architecture’s last chance to prove that it had an answer to the sprawling slums of Latin America. Never again would so many prominent architects weigh in on the issue of social housing.

PREVI was conceived by a British architect called Peter Land. He had the idea of creating an experimental housing project which, in contrast to the tower blocks that defined 1960s social housing, would be on a more human scale. Inspired by Peru’s traditional courtyard houses, he imagined them tightly packed in high-density neighbourhoods. The advantage of houses over tower blocks was that residents could expand them over time as their families grew. This was one of the lessons of the barriadas, the capacity for incremental growth. And so PREVI was conceived as a formal neighbourhood that could grow upwards informally. Turner was not involved, but his notion that citizens should have agency over their living conditions was central to the concept.

Land was fortunate, you might say, that he happened to know both President Belaúnde and the president of the Housing Bank, Luis Ortiz de Zevallos. They were both architects and former colleagues of his from the University of Engineering in Lima. They backed his idea enthusiastically, and pulled all the strings they could to get the UN to fund it. In 1968, everything was ready to go. However, that October, Belaúnde was overthrown by a military coup. The junta now in power nearly scrapped PREVI. More populist than Belaúnde, the generals favoured agricultural revolution and the expropriation of land to give to the poor. To the junta, PREVI looked like just another housing project – but because the UN was backing it, the experiment was allowed to proceed.

In 1969, the international architects were flown into Lima to study the barriadas and prepare their competition entries. The idea was that one of these house designs would be chosen to roll out on a massive scale. But in 1970 the judges struggled to pick a winner. They’d narrowed the field to three finalists – the Metabolists from Japan, Atelier 5 from Switzerland and the German Herbert Ohl. In the end, they decided to build a pilot project to test the performance of all of the entries( except, ironically, Ohl’s, which proved too complicated). The pilot scheme would consist of nearly 500 houses, so that the designs could be put through their paces, and in the second phase the best would be produced by the thousand. Except the second phase never happened.

For that reason, many considered PREVI a failure. Imagine investing in twenty-four different designs and construction methods – some of which involved expensive prefabricated concrete systems – in the hope that the economies of scale would make up for it when the scheme was standardised. PREVI became an anomaly: a housing laboratory containing so many design ideas, so diverse and adaptable, that it can probably never be repeated.

In the end, the government resorted to far more rudimentary measures to address the housing deficit. Attempting to systematise the barriadas, in suburbs such as Villa El Salvador the plots were simply marked out with chalk lines in the dirt so that people could just get on with it – an approach that made the sophistication of PREVI seem almost decadent. Meanwhile, PREVI was poorly documented and, given how isolated Peru was at this time, not widely published. It was promptly forgotten.

Walking into PREVI today, it is rather difficult to get a sense of the scale of the place. When it was completed in the mid 1970s, it was a sharply defined community of neat, white modernist houses surrounded by desert.But Lima expanded beyond this milestone long ago, and now it’s a challenge to discern what is PREVI and what is not. It doesn’t help that, four decades later, the houses themselves are almost unrecognisable.

The street leading into the complex runs along a series of open fields and playgrounds. Facing these is a four-storey school. This, it turns out, began life as a single-storey house designed by James Stirling. You can tell by its PoMo porthole windows, like the ones he would later use in the Southgate Estate in Runcorn, outside Liverpool. Stirling’s basic urban unit was a square block made up of four courtyard houses. The idea was that the owners would expand upwards, leaving the courtyard open for light and air. In fact, there’s an entertaining drawing (made by his young apprentice Leon Krier) depicting the house growing into what looks like an Italianate villa with an atrium. Of the sixteen houses here, needless to say, none looks quite like that. They have evolved in their own ways – and not undecorously, with balconies and gables – to often three times the original size.

If Stirling’s windows are a giveaway, elsewhere in PREVI it’s not so easy. The entire day is spent trying to pinpoint which house is whose. ‘Is this a van Eyck or an Alexander?’ Decades of expansion have swallowed many of the clues. The original houses are encrusted with geological layers: extra floors, pitched roofs, external staircases, faux-marble facades, terra cotta roof tiles and lurid paint jobs. It’s like a form of archaeology, mentally scraping away these accretions.

That was the genius of PREVI: it was designed as a platform for change. The houses were not the end but the beginning. As frameworks for expansion, they evinced one of the key principles of the barriadas, which is that a house is a process and not a static object. Of course there was a tradition of the working class modifying their modernist offerings, as Le Corbusier discovered to his chagrin in Pessac, but it was never intended. Here, even though some of the architects tried to stipulate how the houses could grow, growth was the whole idea. It was potentially revolutionary.

Table of Contents for Radical Cities: Across Latin America in Search of a New Architecture

Chapter 2: From Lima to Santiago: A Platform for Change

Chapter 3: Rio de Janeiro: The Favela Is the City

Chapter 6: Bogota: The City as a School

Chapter 8: Tijuana: On the Political Equator 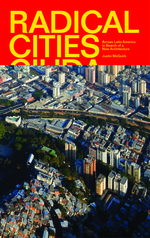 Radical Cities: Across Latin America in Search of a New Architecture
By Justin McGuirk Hardback ISBN: 9781781682807
Share
Or
Copy
About this author