German architect and structural engineer Frei Otto (31 May 1925 – 9 March 2015) was well known for his pioneering innovations in lightweight and tensile structures. Shortly before his death in 2015 he was awarded the Pritzker Prize and prior to that he was awarded the RIBA Royal Gold Medal in 2006. Much of his research in lightweight structures is as relevant today as when he first proposed them over 60 years ago, and his work continues to inform architects and engineers to this day. 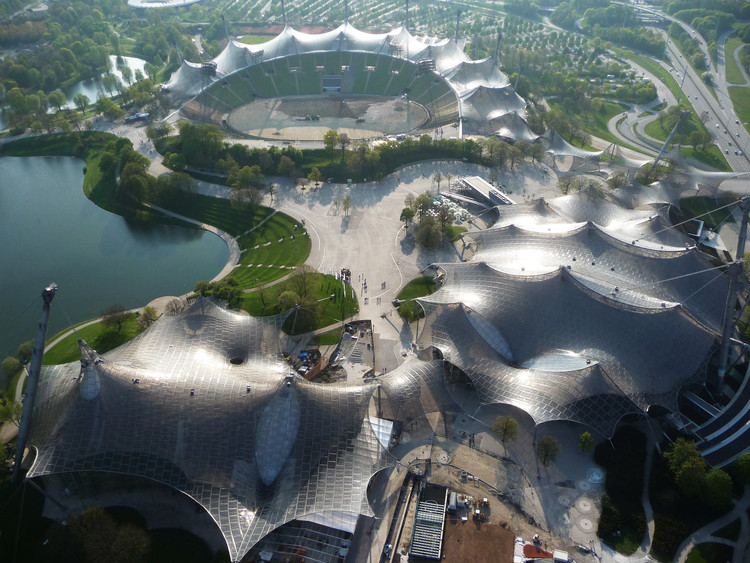 In many ways, Otto was far ahead of his time and sought new methods to use the least amount of material and energy to create space, embracing principles of sustainability long before the term was coined in architecture. His interest in going beyond the discipline of architecture is evident in his fascination with experimentation as he spoke of the need to understand the "physical, biological and technical processes which give rise to objects." One can see his interests in natural phenomena such as bird skulls, soap bubbles, and spiders' webs as they are translated into man-made forms that appear incredibly delicate and elegant.

An important turning point in Otto's career was marked by the design of his German Pavilion at the 1967 World's Fair in Montreal, Quebec. This work demonstrated the increasing importance of technology, pre-fabrication, and mass production in architecture and brought worldwide attention to his innovations in tensile structures for the first time. However, his interests in tensile structures began long before this when he attempted to build lightweight tents for his fellow prisoners of war in WWII. These experiences made him aware of the importance of developing architecture capable of operating under great material and economic constraints, and inspired what would become a life-long career.

Perhaps his best known work, the 1972 Munich Olympic Stadium, is another striking example of how Otto gracefully applied the many lessons he learned in tensile structures. The sweeping and flowing structure, which stood in considerable contrast to the strict, authoritarian stadium that was its predecessor, was meant to present a different, more compassionate face of Germany. Almost 40 years after its completion, the tent-like structure remains intact and inspires visitors just as it did during the 1972 Olympics.

Frei Otto is remembered most recently for working alongside Pritzker prize winner Shigeru Ban on the Japanese Pavilion at Expo 2000 and almost always collaborated with other professionals in multidisciplinary teams. Perhaps most importantly, he has contributed to a wealth of structural and technical knowledge that will continue to inspire future generations of builders.

Click the thumbnails below to see Frei Otto's works featured on ArchDaily, and further coverage of him via the links below those:

Tensile Structures: How Do They Work and What Are the Different Types? 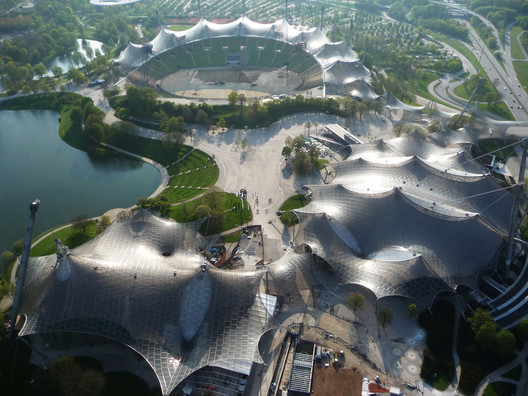