A year in the making, Krumbach in Austria has unveiled seven eye-catching bus shelters which have turned the world's gaze on the tiny village. Designed by internationally renowned architects such as Wang Shu, Sou Fujimoto and Smiljan Radic, who worked in collaboration with local architects and craftsmen, the whimsical structures will put the village of 1000 residents on the map.

Curator Dietmar Steiner praised the commitment of those involved, saying "the entire project succeeded because it was supported in the most generous fashion by more than 200 people." This included the architects, who took up their projects for little more than a free holiday in the area and the chance to engage in an unusual challenge. However, BUS:STOP was not merely a vanity project: Verena Konrad, Director of vai Vorarlberger Architektur Institut, noted that the project was important for "the successful connection of infrastructure and mobility for the rural area."

See images of all 7 shelters after the break 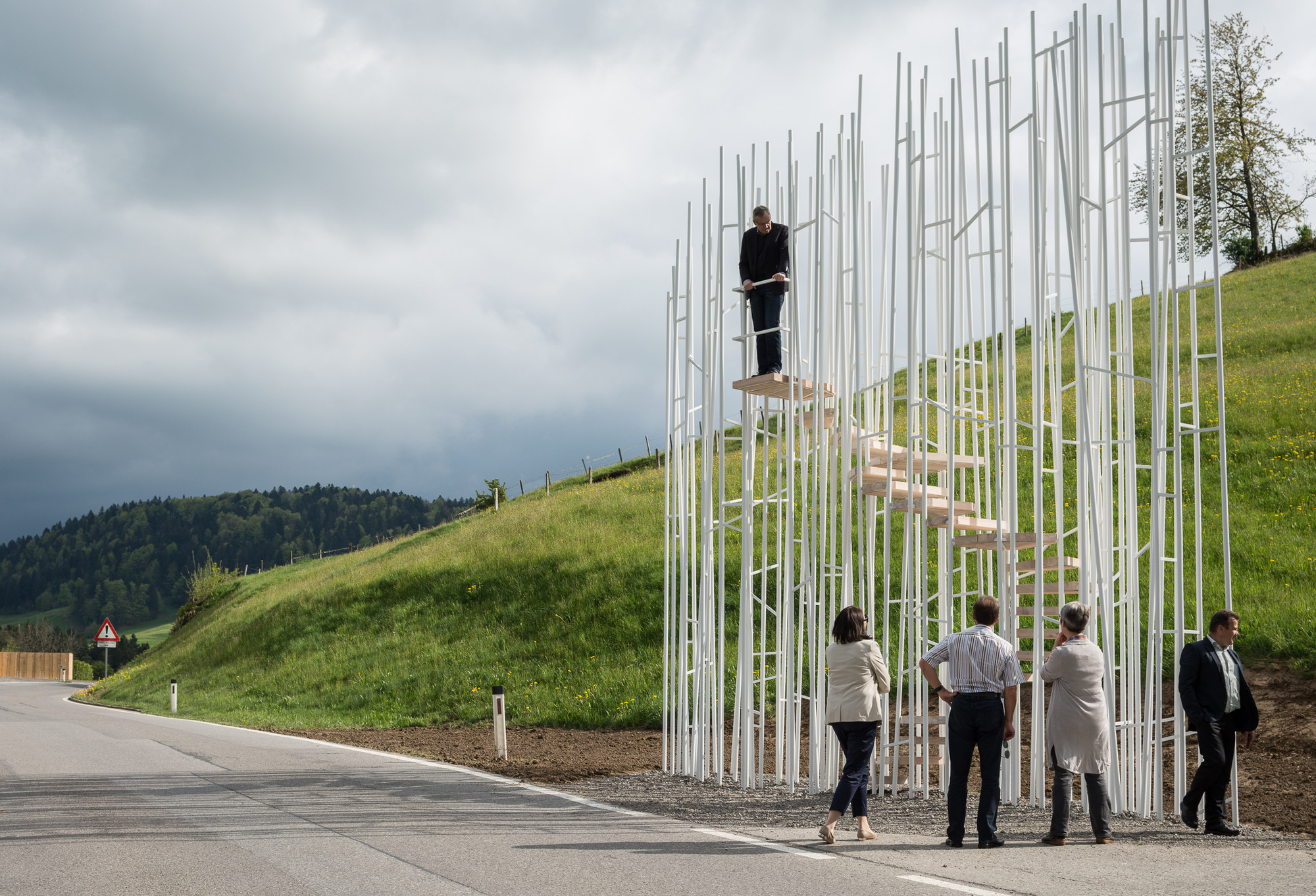 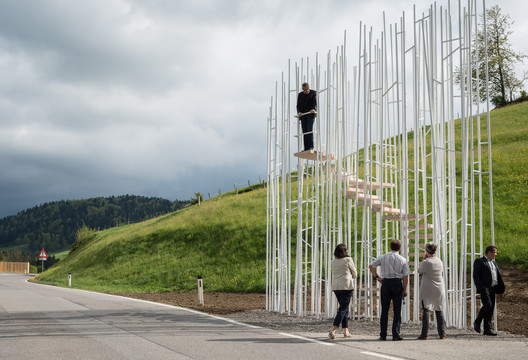