Read more
Save
Europe Day 2014: A Roundup of EU Architecture
Share
Or
Copy

Today is Europe day in the EU, and to celebrate we're rounding up some of the best Europe-inspired architecture. First, two buildings designed for European institutions, the Court of Justice of the European Communities by Dominique Perrault and the Council of Europe by Art & Build Architect. Next, we've got a building which celebrates the achievements of Europeans, the Cultural Centre of European Space Technologies. Finally, two buildings which promote the very notion of Europe: the EU Pavilion by Senat Haliti, a message of hope for the 72% of Kosovans who wish to join the EU; and Le Monolithe by MVRDV, which has the first article of the European Constitution imprinted on the facade - expounding a belief in "a society in which pluralism, non-discrimination, tolerance, justice, solidarity, and equality between women and men prevail." 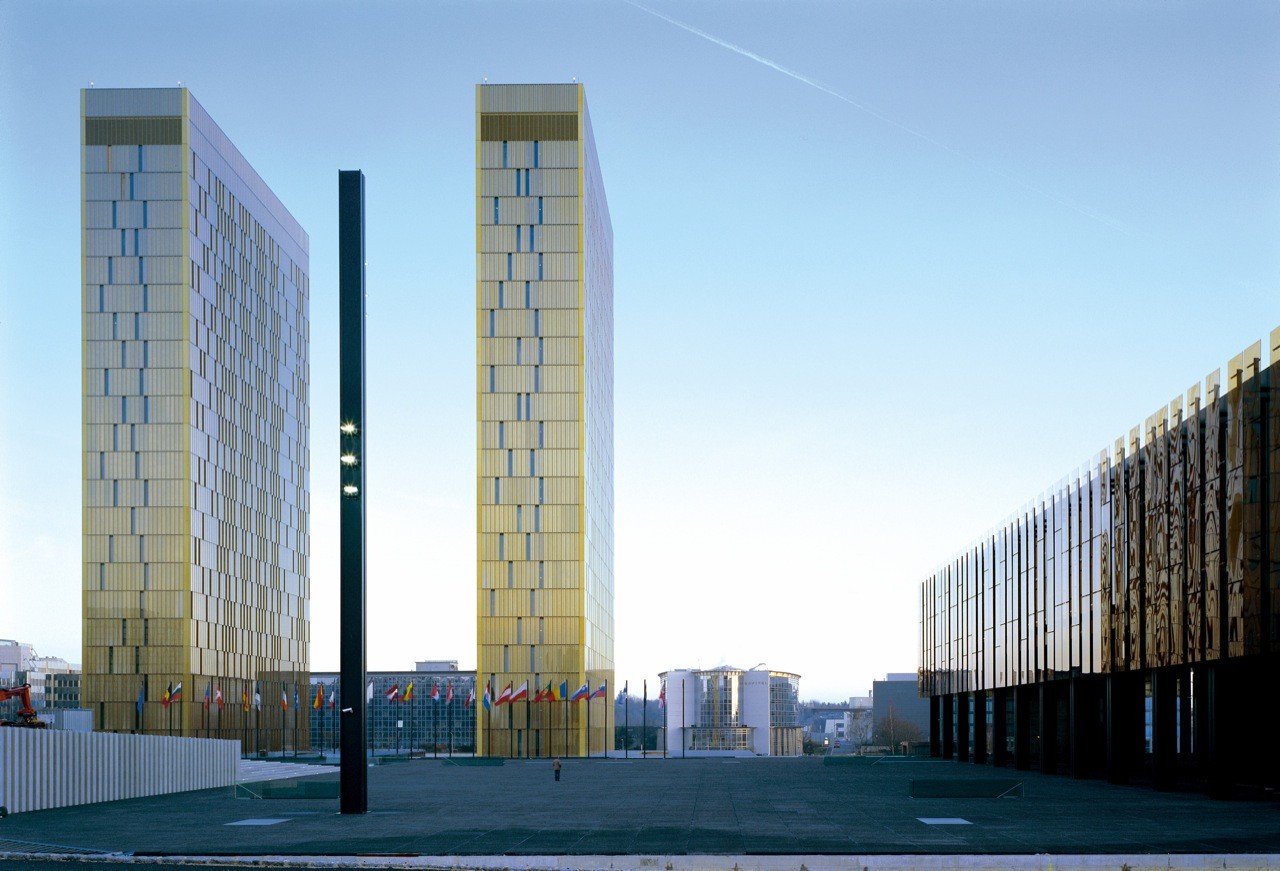