Ludwig Mies van der Rohe (27 March 1886 – 17 August 1969) is one of the most influential architects of the 20th century, known for his role in the development of the most enduring architectural style of the era: modernism. Born in Aachen, Germany, Mies' career began in the influential studio of Peter Behrens, where Mies worked alongside other two other titans of modernism, Walter Gropius and Le Corbusier. For almost a century, Mies' minimalist style has proved very popular; his famous aphorism "less is more" is still widely used, even by those who are unaware of its origins.

Check out all of Mies van der Rohe's classic designs featured on ArchDaily via the thumbnails below, and more coverage of Mies through the links below those.

From Mad Men to Mies: Why Modernism Holds Sway

Mies, the Modernist Man of Letters

How an Artist Constructed a Wooden Replica of Mies' Farnsworth House

Last Is More: The Miesian Lesson

Thanks for the View, Mr. Mies: Lafayette Park Detroit 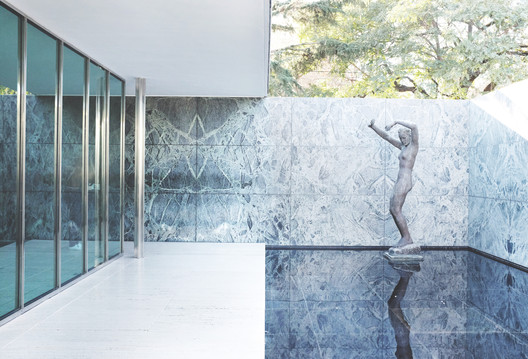