Save
Infographic: The Bauhaus, Where Form Follows Function
Share
Or
Copy

UPDATE: In honor of the 100th anniversary of the Bauhaus, we’re re-publishing this popular infographic, which was originally published April 16th, 2012.

From the “starchitect” to “architecture for the 99%,” we are witnessing a shift of focus in the field of architecture. However, it’s in the education system where these ideas really take root and grow. This sea change inspired us to explore past movements, influenced by economic shifts, war and the introduction of new technologies, and take a closer look at the bauhaus movement.

Often associated with being anti-industrial, the Arts and Crafts Movement had dominated the field before the start of the Bauhaus in 1919. The Bauhaus’ focus was to merge design with industry, providing well-designed products for the many.

The Bauhaus not only impacted design and architecture on an international level, but also revolutionized the way design schools conceptualize education as a means of imparting an integrated design approach where form follows function.

The Bauhaus – more at ArchDaily.com 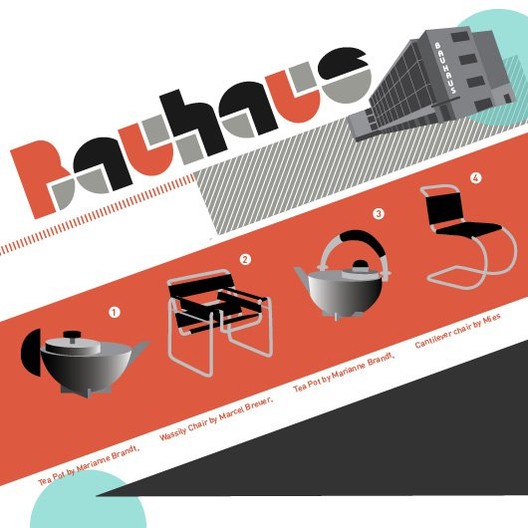