Adaptive reuse or the process of transforming an older building by reusing the structure and changing its original purpose, has gained relevance over the years especially because it allows a complete optimization of the performance of the existing built environment. In a piece, originally published on Metropolis, author Elissaveta Brandon explores how "architects and developers are transforming the staples of the South—located throughout a 120-mile region from Winston-Salem to Fayetteville—into infrastructure fit for today". Transforming historic mills into design hubs, and mixed-use complexes, the article highlights 3 examples from North Carolina.

"We Can Be Catalysts for Change": Designer Fauzia Khanani on Pioneering New Prototypes for the Future

Fauzia Khanani is no stranger to challenging the status quo. Working on a range of projects around the globe, from New York and Zurich to Budapest and Geneva, she continues to rethink the process of design across the built environment. Her firm, Studio For, is pioneering new prototypes for the future of work in a post pandemic era. At the same time, she's working on a number of pro-bono conceptual community-driven projects. 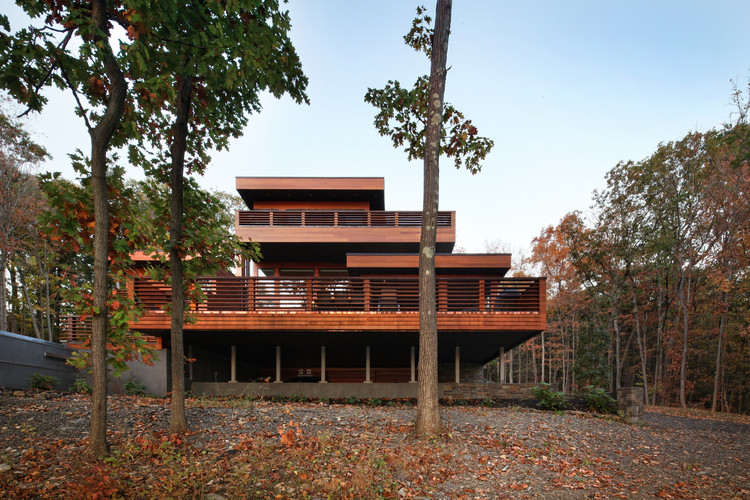 Henning Larsen was just selected for the design of the first phase of the Civic Campus in Raleigh, North Carolina. In collaboration with local firm RATIO, the project part of the city’s strategic plan consists of creating the East Civic Tower, the town's city hall.

Designed by Snøhetta in collaboration with Clark Nexsen, the new Main Library of Charlotte Mecklenburg Library reinterprets the space through a technologically-advanced approach and highlights the importance of this function in the community's daily life. 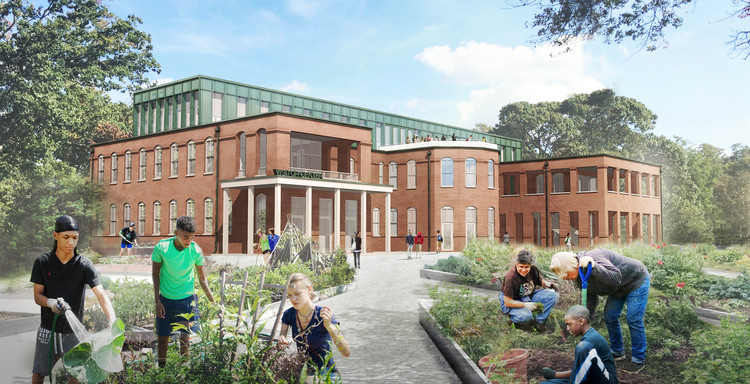 Group Project, a student group from MIT, is helping GrowingChange, a non-profit that works with previously incarcerated youth, to transform an old North Carolina prison into an agricultural community center. GrowingChange looks to take advantage of the small, decommissioned prisons scattered throughout the state's landscape. They see these sites as "places where communities can work together to provide clinical support, education, and vocational training as a means to divert youth from the criminal justice" system.

Read on for more about how prison flipping intends to "counter a legacy of incarceration." 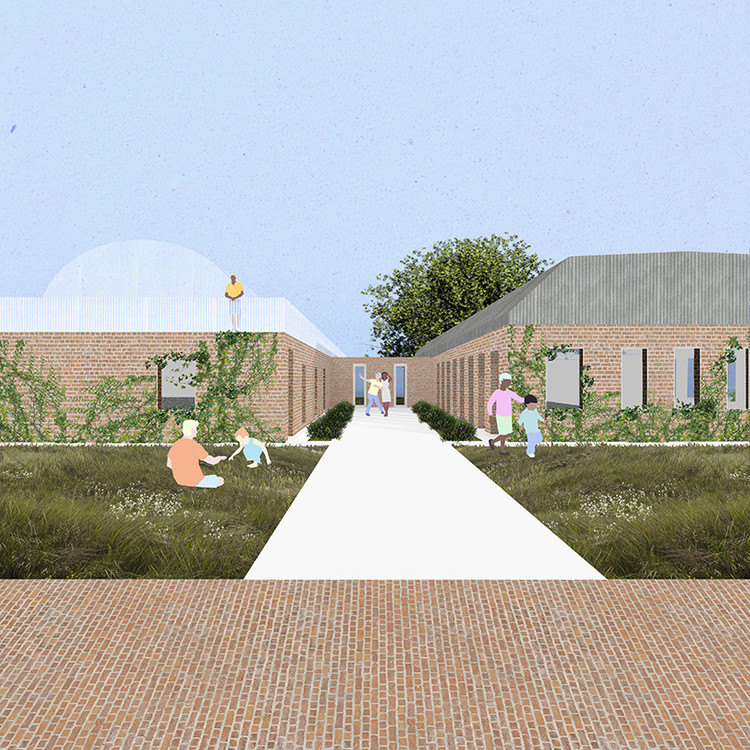 Diller Scofidio + Renfro (DS+R) has been selected by Discovery Place and the City of Charlotte to design the new Discovery Place Science center in uptown Charlotte, North Carolina. Partnering with architect-of-record Jenkins•Peer Architects (J•PA), the team will create a masterplan and conceptual design for the museum, one of the state's most popular cultural attractions.

The team of Snøhetta (design architect), Clark Nexsen (architect-of-record) and brightspot strategy (community engagement and space programming) has been selected to design the new Main Building for the Charlotte Mecklenburg Library in downtown Charlotte, North Carolina.

The team will work to incorporate the creative vision created by the library and its community through a multi-year planning process. Envisioned as a “public commons,” the building will aimed at becoming a catalyst for urban revitalization, becoming a new hub of culture, education and community connection for the city.

Artist and photographer Rob Carter shared with us a video in which, through montages and digital collages, shows the urban growth of the city of Charlotte, in the state of North Carolina, USA. The video, titled Metropolis, is "an abbreviated city narrative [...] that uses stop-motion animation to physically manipulate aerial imagery, creating a landscape in constant motion."

Charlotte is one of the fastest growing cities in the US and Carter's production features the changes that have taken place in recent years in its central region. Verticality and density of buildings (not necessarily people) continue to mark the urbanization of the city.

Conceived as a catalyst for a culinary district, Mint aims to create a new urban living and working space, in which the connectivity of food-centered entrepreneurial enterprises fosters a sense of community. 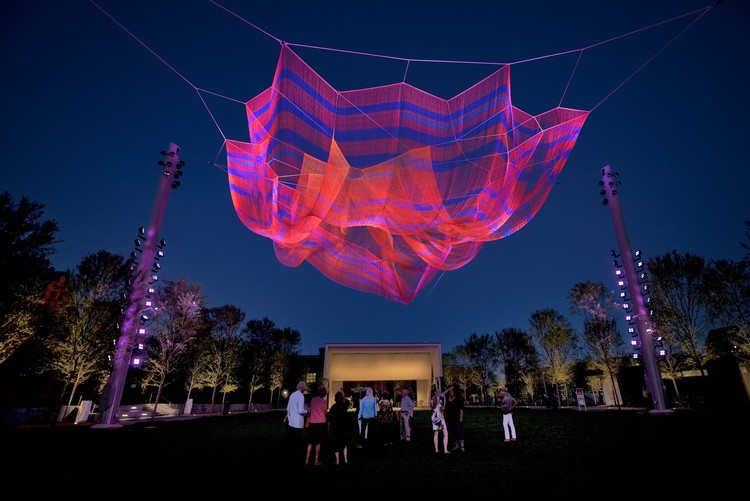 The AIA has selected George Smart as the winner of the 2016 Collaborative Achievement Award for his work with North Carolina Modernist Houses (NCMH), which creates “fresh awareness” of modern architecture through its mission to "document, preserve, and promote modernist architecture" across the US. The award, to be presented at the 2016 AIA National Convention and Design Exposition in Philadelphia, recognizes and encourages distinguished achievements of allied professionals, clients, organizations, architect teams, knowledge communities, and others who have had a beneficial influence on or advanced the architectural profession.

Barcelona-based Vilalta Studio has unveiled the designs for the Ebenezer Chapel, a granite excavated chapel in Raleigh, North Carolina. Upon completion, the chapel will be excavated 15 meters below ground in a sloped forest terrain next to Richland Creek, and will be built completely from the natural granite on the site.

From the lowest point of the site at the creek, a continuous ramp will slope down around the chapel, and into the foyer, as the main entrance to the space, all of which provides natural light and ventilation in addition to chapel access. 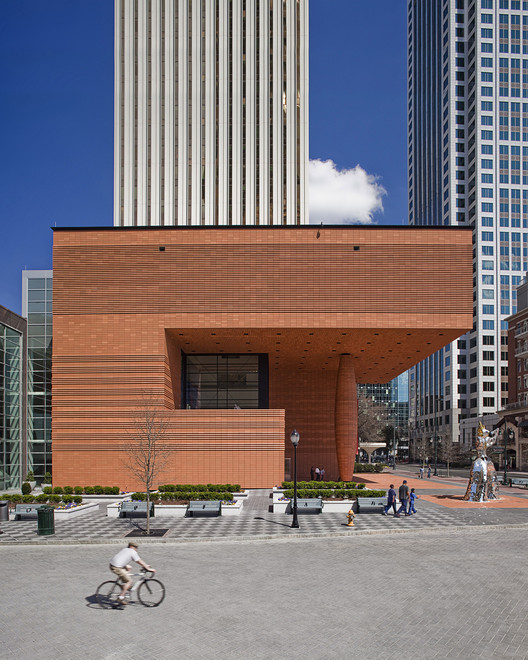 Mario Botta: Architecture and Memory is an exhibition spanning the 50-year career of internationally acclaimed architect Mario Botta, the designer of the Bechtler Museum of Modern Art building and one of the century's most fundamental contributors to postmodern architecture.

The RA-50 proposal for the HOME Competition, designed by in situ studio and David Hill, AIA, focuses on building density through alleyway living. By assessing each existing residential parcel in the city of Raleigh, it was apparent that most downtown parcels are larger than the current zoning requirements and will be even larger proportionally once the new UDO is ratified. Therefore, their proposal establishes a new zone within the UDO – alley residential, or RA-50. This new zone would be allowed in any block that is bisected by an existing or potential alleyway and where lots backing up to the alleyways have a surplus of land to shave away and form new, smaller lots that could front the alleyway. More images and architects’ description after the break.