Harlem: The Latest Architecture and News

Columbia University’s Manhattanville Campus expansion has ushered in a crystalline district of glass-clad buildings amid the masonry vernacular architecture of Harlem. The latest additions to the 17-acre, $6.3 billion campus, which was master-planned by SOM, are two buildings designed by Diller Scofidio + Renfro (DS+R) in collaboration with FXCollaborative that provide a new home for the Columbia Business School. Set to open in early 2022, Henry R. Kravis Hall and the East Building rise 11 and 8 stories, respectively, and provide 492,000 square feet of classrooms, public space, and faculty offices. 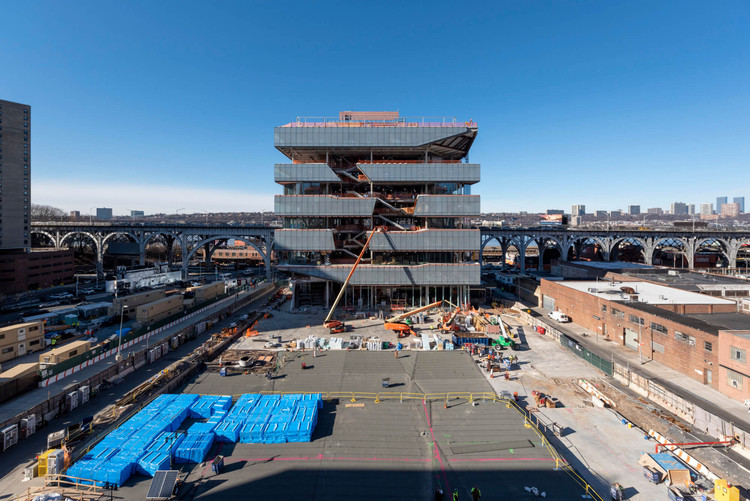 Skidmore, Owings & Merrill (SOM) unveiled its design for the New York City Public Health Laboratory, a ten storey building meant to strengthen the metropole's capability to respond to a variety of public health issues and future challenges. The laboratory is organized within a cubic glass volume stepping outward, which rises from a masonry-clad podium containing community-related functions. In order to give the new facility an active role within the Harlem neighbourhood, the design incorporates a training lab and an auditorium available to the community.

SHoP Architects has designed a new mixed-used development and tower that will also house the Museum of Civil Rights in West Harlem. Combined, the project could total nearly one million square feet of office, residential, and retail space with the cultural program. SHoP submitted a draft scope of work for the project, dubbed One45, that was made in collaboration with Judge Jonathan Lippman and Reverend Al Sharpton.

FXCollaborative has designed a church community space and 33 story tower overlooking Central Park in New York City. The project was made for Harlem’s La Hermosa Christian Church, though no developer has signed on for the project yet. The new project would serve the surrounding community and aims to embody and celebrate the neighborhood’s legacy of music and art.

Plans for Adjaye Associates’ new home for the Studio Museum in Harlem are moving forward, as permits for the project have been filed with the city.

Replacing the museum’s current home, an existing century-old building repurposed in the 1980s by architect J. Max Bond Jr, the new building at 144 West 125th Street will rise 122 feet to become a new stand-out on the historic 125th Street Corridor. 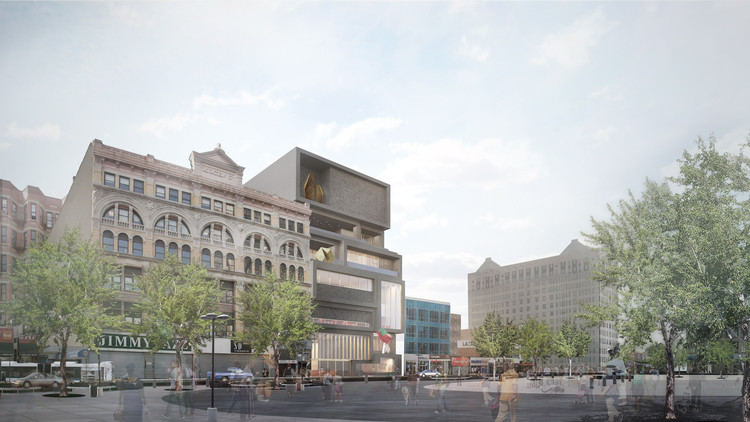 Final renderings of BIG’s latest New York City project, 149 East 125th Street in East Harlem, have been revealed at the project’s groundbreaking ceremony. In contrast to original images showing a bright red facade, the undulating, rotating building will instead feature a gray exterior that Bjarke Ingels has referred to as “inspired by an elephant’s skin.” 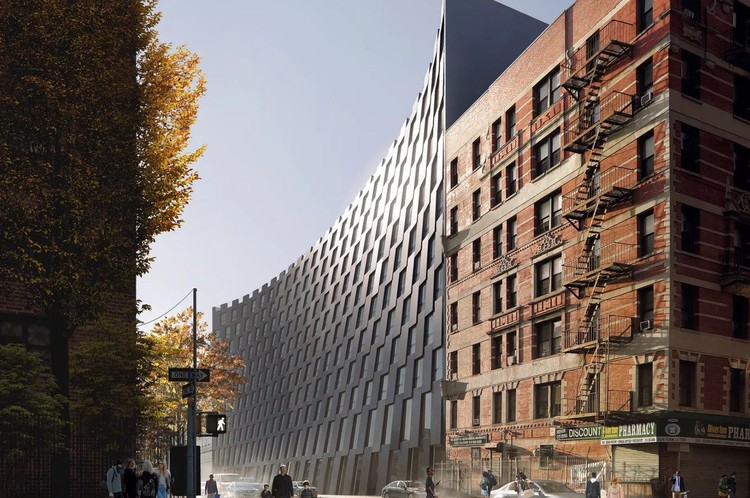 In discussion with Calvin Tomkins for a 2013 profile in The New Yorker, David Adjaye spoke intensely on the significance of his Sugar Hill Development. “Context,” said Adjaye, “is so important, not to mimic but to become part of the place. I wanted a building that acknowledges its surroundings.” The recently-completed project is the brainchild of Ellen Baxter, leader of Broadway Housing Communities (BHC), a non-profit that has made strides to create innovative housing schemes in Upper Manhattan’s Washington Heights neighborhood. In an era where mixed-used developments are routine, Sugar Hill adds new dimensions to the typology by uniting affordable apartments, an early childhood education center, offices for the BHC, and the Sugar Hill Children’s Museum of Art & Storytelling.

In conjunction with their full building review written by Rob Bevan, The Architectural Review has produced this video which introduces the broader public to the tenants, allowing us to better understand the building’s use, intentions, and the design philosophy.

British architect David Adjaye is set to submit plans for new Studio Museum in Harlem. Designed to replace the 47-year-old museum's existing facility on Manhattan's West 125th Street, the new $122 million proposal will more than double the museum's space, allowing it to become a premier center for contemporary artists of African descent.

According to the New York Times, Adjaye was chosen to design the museum due to his sensitivity regarding the artists and surrounding neighborhood, which in turn inspired the project; the project's main space will feature a four-story, multi-use core marked by an "inverted stoop" that will act as an inviting "living room" and host for public programs.

“I wanted to honor this idea of public rooms, which are soaring, celebratory and edifying — uplifting,” he told the New York Times. “Between the residential and the civic, we learned the lessons of public realms and tried to bring those two together.”

The Emerging New York Architects Competition proposal, ‘The Greenhouse Transformer’, which received an honorable mention, is a typology for urban farming with the purpose of creating environments for learning year round within the community of West Harlem. PRAUD‘s main goal is to integrate life cycle components of food production into a building that is also a catalyst for activity in the area and allows visitors to engage in the program in a more efficient way. More images and architects’ description after the break.