According to the World Population Clock, the human population reached 8 billion on November 15th. According to the UN, this milestone represents a celebration of human longevity due to improvements in public health and medicine, but it also comes with warnings about inequality, limited access to food and resources, and environmental damage. Despite the impressive number, the annual World Population Prospect report shows that the global population is growing at the slowest rate since 1950, and it predicts a continued deceleration in the second half of this century.

As more than half of the world population lives in cities, an estimated 55.7%, according to UN-Habitat’s latest reports, the urban challenges are growing exponentially. The UN expects this number to increase to 68% by 2050, with close to 90% of this increase taking place in Asia and Africa. Accelerated urbanization can pose significant risks, such as increasing inequality, poverty, sectorized development, social exclusion, and pollution. In this context, a well-balanced urban agenda becomes crucially important in achieving inclusive, safe, and sustainable cities. 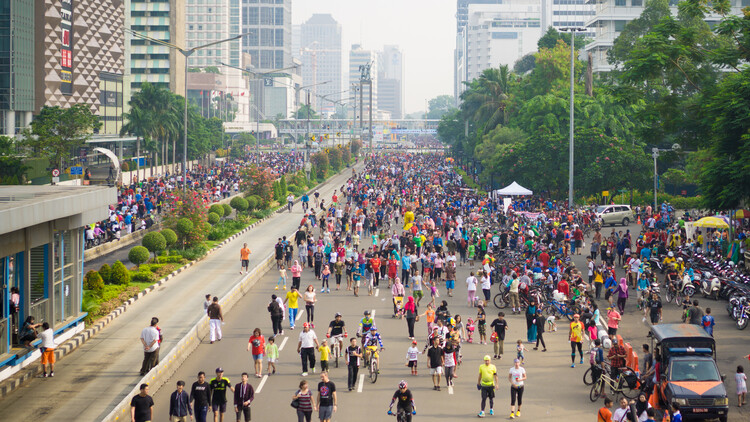 Annually, the world population review assesses the growth of cities and the number of residents living in metropolitan areas, to understand global evolution trends. In 2022, Tokyo kept its status as the world’s largest city, with 37 million inhabitants, while Delhi and Shanghai, followed in second and third positions. As these and other megacities continue to grow, a number of challenges are proving to be more and more relevant to address in order to create better living conditions for the world population.

The urgent need for adequate and affordable housing

Urbanization can have a positive impact on the quality of life for the residents, but to ensure these results, policies to manage urban growth need to ensure access to infrastructure and social services for all, focusing on the needs of vulnerable groups. One of the most pressing needs is adequate housing. A UN report estimates that around one in four city dwellers live in precarious conditions informal settlements or poor neighborhoods, a number that shows that rapid urbanization is outpacing the construction of adequate and affordable housing. This leads to inadequate and overburdened infrastructure and services such as waste collection, water and sanitation systems, roads and transport, and many more.

In these developing urban systems, access to public transport represents an essential service for urban residents and a catalyst for social inclusion and economic growth. Transportation acts as a connector between people and basic services such as health, education, and labor opportunities. Furthermore, the use of public transport is helping mitigate air pollution and climate change, as road transport accounts for 15% of total global CO2 emissions. According to the UN, access to public transport is increasing worldwide, but faster progress is needed to keep up with the growth rate, and particular attention should be given to ensuring access for vulnerable populations such as women, children, seniors, and persons with disabilities.

The network of streets and public spaces represents the organizational structure of any city. When public space is insufficient or inadequately designed, the city becomes increasingly segregated. Investments in the network of streets and public networks are proven to improve urban productivity, livelihoods, and access to markets, jobs, and public services. Moreover, open and green spaces fulfill more than a landscape or aesthetic function; they optimize air quality, help reduce urban heat generated by the urban heat island effect, and create space for physical activities, thus improving public health.