MVRDV has revealed the design for its first project in South America. The Hills is a residential project located on the Guayas riverfront in Guayaquil, Ecuador, comprised of six residential towers displayed atop a mixed-use plinth, creating the image of a valley. The towers range in height from 92 to 143 meters, raising taller the further away they are from the riverfront. The whole composition is inspired by the local landscape that merges the natural and the urban environment. 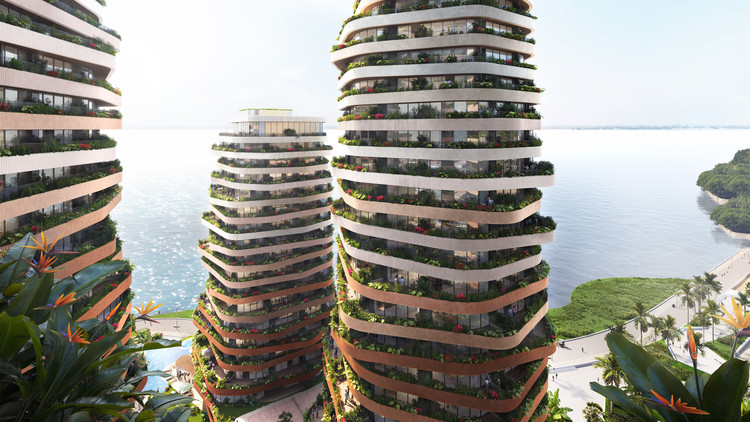 The plinth that unites the six towers at their base forms a green valley that offers outdoor spaces to complement the indoor amenities organized at the ground level, like retail and community spaces. Natural vegetation surrounds the pools, sports fields, and the large urban amphitheater facing the riverfront. Between the four towers located closest to the river and the two towers towards the city, the valley transforms into a deeper “canyon” that extends the existing boulevard and allows pedestrians to cross the site at ground level.

The project’s design uses two distinct visual languages. The facades facing outwards, towards the city and the riverfront, use orthogonal lines and light colors to integrate with the neighboring high-rises. The sides facing inwards, toward the valley, are more organic in shape. The balconies create irregular setbacks and overhangs, and more variation of color is used by applying darker earth tones on the lower levels and gradually becoming lighter towards the top stories.

MVRDV's Rotterdam Rooftop Walk has Opened to the Public

The warm climate of Guayaquil prompted the architects to offer sustainable responses integrated into the design of the development. Wide balconies provide shade and protect the glass facades from overheating at every level. The positioning of the towers favors the flow of air throughout the complex, thus creating a natural ventilation system that, in addition to the abundant greenery, helps create an enjoyable environment for residents and visitors.

A large part of the energy used in the communal areas and residences is planned to be supplied with photovoltaic panels. In addition, the project will use collected rainwater for irrigation in the gardens. LED lighting and heat pump will also help reduce the development's overall energy consumption and carbon footprint.

MVRDV founding partner Jacob van Rijs has expressed the importance of opening this development toward the city, to allow citizens, not just residents, to use the amenities offered and to create new connections. Earlier this month, MVRDV, in collaboration with Rotterdam Rooftop Days, opened a 30-meter-high aerial bridge that spans across the roofs of Rotterdam, highlighting once again the untapped potential for expanding the public realm. The installation also hopes to increase visitors’ awareness of the potential of roofs, which can become a second layer that makes the city more livable, sustainable, and healthy. 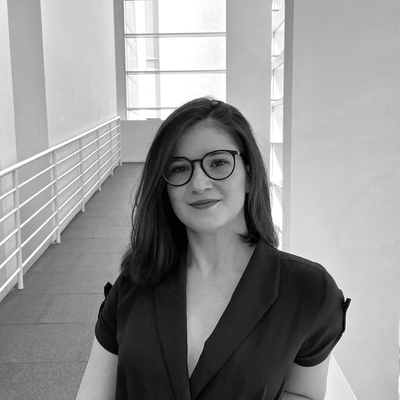