Save
Virgil Abloh, a Great Influential Figure in the Artistic World, Passes Away at 41
Share
Or
Copy

Virgil Abloh, a great American influential figure in the fashion, art, culture, design, and architecture scene, passed away at 41, after a silent battle with cancer. Known for his collaboration with AMO, especially for the Off-White Flagship Store in Miami, a brand he founded back in 2012, the trained architect was the first African-American to become the artistic director of a French luxury brand.

The news was announced on Sunday on Abloh’s official Instagram Account. The Creative Director of Louis Vuitton menswear battled a “rare, aggressive form of cancer, cardiac angiosarcoma […] privately since his diagnosis in 2019”, according to the post. 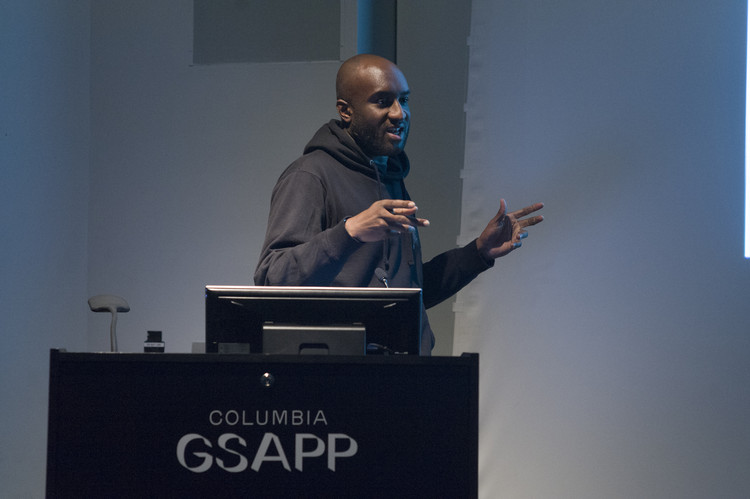 Abloh, who holds a master's degree in architecture from the Illinois Institute of Technology, was a pioneer of cross-disciplinary collaborations. Establishing bridges between different professions and creating “pathways for greater equality in art and design”, he first started his career within architecture and engineering before moving to the fashion world in 2009. Greatly influenced by his architectural training, Abloh explained on several occasions how his background helped shape his research into consumerism and culture.

The creative mind, responsible for constructing a new design language collaborated with AMO on the design of the Off-White Flagship Store Miami, a space that “explores the idea of the modern fulfillment center, by offering visitors a physical community space for interaction and brand engagement”. In 2021, for the brand's Pairs store, OMA questioned high-end retail and imagined a store in a 19th-century corner building that reveals Off-White’s diverse identity.

In fact, the collaboration between Abloh and AMO started with the jointly developed exhibition "Figures of Speech" in 2019 at the Museum of Contemporary Art Chicago. Curated by the Museum's Chief Curator Michael Darling, and Samir Bantal, director of OMA’s research wing, AMO, the retrospective was devoted to the work of the designer. Part of his joint efforts, Abloh collaborated with IKEA on a homeware line entitled "MARKERAD", inspired by his childhood relationship with furniture.

Space has always had value, but now it means something different. At this moment, once you take things that have traditionally lived in four sacred walls — the art world, the fashion world —this holy layer for purists, and you intersect it with tourists, with people who are authentic to themselves, then you could get change. -- Virgil Abloh in an interview for System Magazine and Buro 24/7.

Redefining fashion, art, and design, Virgil Abloh, the son of Ghanaian immigrants, born in 1980 in Illinois, U.S.A, was named one of Time Magazine's 100 Most Influential People in 2018. 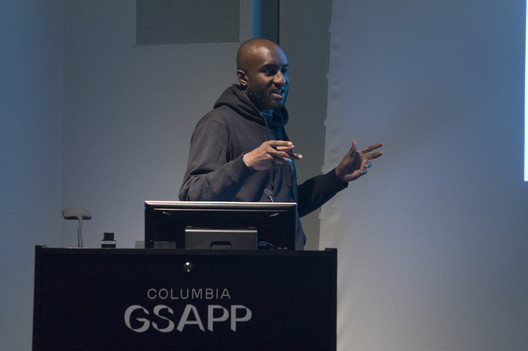