In Metropolis this week, author Annie Howard explores Chicago's Architecture Biennial, which opened to the public on September 17th, showcasing a series of 15 site-specific interventions. Arguing that "a tour of the Damen Silos and a celebration of the Wall of Respect show a biennial struggling to achieve longer-term engagement with the city it calls home", the editor questions how much work is needed in order to make the city fully usable to its residents.

What makes a city available to its residents? With an echo of the “Right to the City” framework first put forth by Henri Lefebvre, the theme of this year’s Chicago Architecture Biennial, “The Available City,” proposes that the city becomes usable for its residents when its past, present, and future seem changeable, accessible, capable of deep engagement and contemplation for those looking for new ways of understanding the place they call home.

Across several events affiliated with the Biennial in its early weeks, various facets of this question have come to life. Some events, like a walking tour of the Damen Silos, a former site for grain storage first constructed in 1832 that’s been shuttered since an explosion in 1977, considered the ways that publicly owned infrastructure, however non-essential to the city’s present-day functioning, can become a rich site of engagement with place. At another event celebrating the living legacy of the Wall of Respect, a 1967 mural painted in the Bronzeville neighborhood, the goal was to capture the fleeting quality of a memorial to Black excellence that only survived for about five years, recognizing the fundamentally fragile nature of the built environment and its impact on our imaginations. In different ways, both events gestured at key themes of the Biennial as expressed at a virtual discussion of the theme, where its chief curator, architect and professor David Brown, made a case for the Available City as a useful framework for making the city more responsive to its denizens.

The 2021 Chicago Architecture Biennial Opened to the Public

“It actually challenges the designers to think about the city as a participant, as the place where your work lasts and has impact.” -- Craig Wilkins, architect and critic

“We’re working with organizations already expressing an interest [in a given site],” Brown said. “If they are ready in that respect, we’re embedding the potential for their ongoing presence, which can help continue to stimulate thinking about other types of spaces as well.”

This year’s Biennial, the city’s fourth, takes different form than previous iterations. Where earlier editions were more closely tied to existing cultural institutions across the city, such as the Chicago Cultural Center, this year seeks to engage with more corners of the city through projects that can reinvigorate unused land with community-building, transformative projects that are intended to carry on in some fashion beyond this fall. Projects like a shuttered public school turned community incubator, a bike repair and borrowing facility, and a permaculture food forest create new opportunities at disused sites, hopefully creating a lasting legacy at each location.

“It actually challenges the designers to think about the city as a participant, as the place where your work lasts and has impact,” said architect and academic Craig Wilkins, who also spoke with Brown at the keynote event. “It’s not just the photograph in the wall or the award you might win. It’s five years later, going back to a place and seeing people enjoy it, recognizing it wasn’t just a [short-term] installation.”

Yet the Available City still runs up against lasting barriers that it cannot fully eclipse, in many ways a commentary on just how much work needs to be done to make the whole of the city fully usable to its residents. The Damen Siloes event, led by a group of artists called Open sheds used for what?, used a makeshift structure as a temporary installation to consider the ways that land is used and reused across time. They were unable to let guests onto the state-owned site, with security guards creating a “soft barrier” that prevented further access that was only provisionally available to the artists through the time they’d used and explored the site. The location, which would require significant remediation to be formally repurposed, has become a refuge for rewilding plants in the last several decades; botanists have even found certain plant varieties that had been buried and forgotten for many years, itself a potent metaphor for the Available City as something stretching across time, space, and into the natural world.

That same sense of an absent presence also permeated the event on the Wall of Respect. School of the Art Institute of Chicago professor Romi Crawford read from her book Fleeting Monuments for the Wall of Respect, arguing that African-American imprints on the built environment rarely gain a lasting power that other memorials have found. She asked: “How might such non-monumental histories be recognized and in decidedly non-monumental ways?” Recognizing the fleeting but real impact that the Wall of Respect still possesses, the event’s ephemeral tributes included a COVID-mask designing exercise with Robert E. Paige, an artist and textile designer who was involved in the Black Arts Movement, and a dance workshop from Darlene Blackburn, herself memorialized on the Wall of Respect for her role in studying African dance practices.

In its many different forms, The Available City hopes to activate areas of the city that are too readily cast off by events like architecture biennials, and in the deeper-rooted violence of redlining, disinvestment, and environmental distress. While the future fate of the biennial’s installations remains unclear, besieged by the same institutional barriers that have led to their neglect in the first place, these early events still suggest a way of approaching the built environment in ways more supple and engaged, prepared for yet more changes to come. 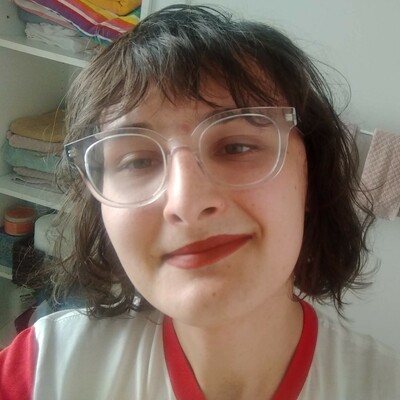