Saudi Arabia's Public Investment Fund has announced that it will convert an oil rig into a 150,000 square meter amusement park and resort located in the Arabian Gulf. Titled "THE RIG.", the project is expected to be the world's first touristic destination built on offshore oil platforms, featuring three hotels, eleven world-class restaurants, roller coaster rides, and extreme sports and activities like bungee jumping and skydiving, all accessible via a ferry, yacht, cruise, or helicopter. 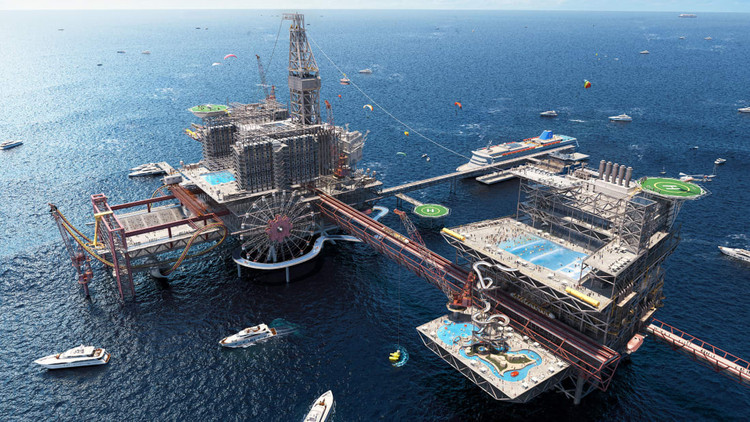 In addition to being a significant added value to the country's local economy, the project will follow global environmental standards to preserve a sustainable practice, complying with the Public Investment Fund’s 2021-2025 strategy to "drive innovation in Saudi Arabia’s tourism and entertainment sectors, providing promising development opportunities to achieve economic diversification in line with the Saudi Vision 2030 objectives".

The PIF have not yet announced THE RIG's expected inauguration or completion date, but will most likely happen in the near future as the country is repositioning itself as global touristic attraction alongside neighboring Arabian Gulf cities, with hopes of welcoming 100 million tourists each year by the close of the decade.

Earlier this year, Foster + Partners have announced that it is designing Hotel 12, on the Ummahat AlShaykh Island in Saudi Arabia. Developed by the Red Sea Development Company (TRSDC), the project is one of two hotels on the island, the first being planned by Kengo Kuma. The hotel is designed as a series of wooden cabins, spread across the land. The different components of the project will be organized around a circular path; some rooms will take on stilts while others will be directly positioned on the ground. The award-winning architecture firm has also revealed images of a hotel in Saudi Arabia set within sand dunes. Dubbed Southern Dunes, the project is part of The Red Sea Project tourist development and will include 40 villas that are constructed from timber and arranged to take advantage of surrounding views.

News via CNN Travel and the Public Investment Fund 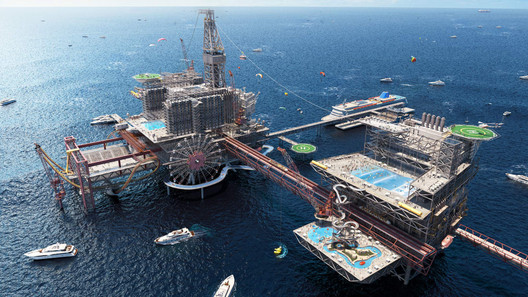