Foster + Partners is designing Hotel 12, on the Ummahat AlShaykh Island in Saudi Arabia. Developed by the Red Sea Development Company (TRSDC), the project is one of two hotels on the island, the first being planned by Kengo Kuma. 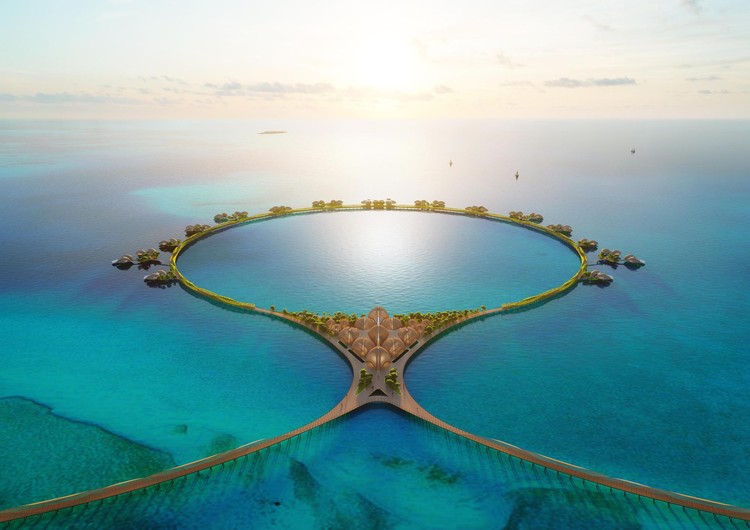 The Red sea project has revealed images of Foster + Partners’ Hotel 12, one of two touristic initiatives on the island of Ummahat AlShaykh. Designed as a series of wooden cabins, spread across the land, the different components of the project will be organized around a circular path. Some rooms will take on stilts while others will be directly positioned on the ground.

On another hand, Foster + Partners will be responsible for several initiatives part of the Red sea project. In fact, the firm was also appointed to design one of two inland resorts to open as part of phase one, Southern Dunes, with around 40 hotel villas across the resort. In addition, it will be in charge of the Red Sea International Airport and the Coral Bloom resort project on Shurayrah Island.

How do you bring people to these places where nobody has been before? And how do you bring people into those places without damaging anything?"It is about constructing more of the environment and about building on what was there long term as opposed to destruction. It was the light touch, non-damaging approach, and that has led through the whole of the design from beginning to end, and that is what we continue to strive towards. -- Gerard Evenden, Head of Studio at Foster + Partners.

Scheduled to welcome its first guests by the end of 2022, when the international airport and the first hotels will open, the Red Sea Project is an ambitious venture that will position Saudi Arabia on the global tourism map. Upon completion in 2030, the destination will comprise 50 resorts, offering up to 8,000 hotel rooms and more than 1,000 residential properties across 22 islands and six inland sites.

Developed over 28,000 km2 of pristine lands and waters, the initiative will include hotels, residential properties, leisure, commercial, and entertainment amenities, as well as supporting infrastructure that emphasizes renewable energy and water conservation and re-use. Powered by renewable energy, the project aims to be 100% carbon neutral.

What is very important about anything sustainable is two things: one is giving people choices. And the second thing is looking at what the resultant reaction of what you do will be. So, when we looked at the islands our approach was to have a light touch. As light as we could possibly be. -- Gerard Evenden, Head of Studio at Foster + Partners. 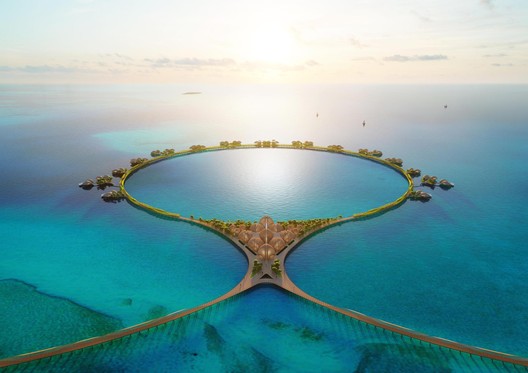