Curated by Spanish architect Izaskun Chinchilla Moreno, Cosmowomen. Places as constellations is an exhibition currently open at La Galleria Nazionale di Roma, Italy. Reflecting on the incorporation of women into architecture, Cosmowomen displays a series of projects developed by 65 Bartlett School of Architecture-alumni women architects from over 20 different nationalities. 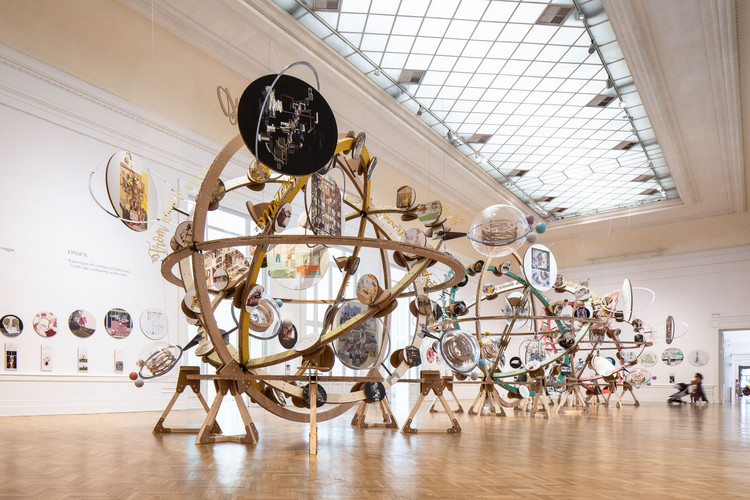 This exhibition demonstrates that it is possible to change the terms in which architecture crises around the world are happening, through the use of social, cultural, and biological experience as well as historical heritage. By integrating women into the discipline, architects can generate new spaces, as well as consolidate or expand existing ones and intensify relationships between those places of thought, to produce a kind of constellation.

The physical installation reflects on the construction of these symbolic places and their relationships with each other. Taken from Peter Sloterdijk, spheres are thought of as circles of coexistence suitable for debate, meeting, and collective production. These new generations of female architects present alternative models of designing, related to space, the planet, and other human beings.

In the room, the exhibition is organized around three 5.5 meter-diameter spheres arranged in decreasing order of intimacy. Each of these complex and monumental structures made with sustainable materials is dedicated to an important place of coexistence in the construction of the common culture of women since, in fact, "they were also the origin of the different forms of segregation", according to the author. Named Gineceo, Onsen and Parliament, visitors can discover the inside of the armillary spheres, which were once used as astronomical instruments in Antiquity and the Middle Ages, to determine the positions of celestial bodies in the cosmos. In the exhibition, each sphere is made up of three rings, each introducing a place of reflection and coexistence.

Gineceo is a reflection on the places of a new type of domesticity and its name comes from classical Greece. There, women lived together in solidarity and mutual understanding as explained by the poet Sappho. They were deprived of the right to own/inherit property or participate in public, economic, and political life, and the home was a fundamental instrument to maintain social order by segregating women and subjecting them to surveillance.

This sphere seeks to reflect on the material aspects of housing and its anthropological dimension, taking into account the importance of detail, soft and comfortable materials, the concept of delicate and light protection in clothing, baby accessories, and women's lingerie. The sphere is made up of six rings which are: Detail, Softness, Blurred Pop, Material Lingerie, Suburban Alternative, and From Home to the Universe.

Onsen reflects on the public and private relationship of human beings with nature and landscape. Taking inspiration from the hot springs of Japan, the sphere seeks to combine the knowledge of the body itself and the landscape. When Japan opened up to the outside world, men and women, who previously bathed together, were separated in an act of imposing colonial prejudice.

Parliament proposes to reflect on the new opportunities for public spaces, institutions and the city. Ever since the second half of the 19th century and during the 20th century, universal suffrage was debated in national parliaments, which has resulted in double segregation. The truth is that currently only in 16 countries out of 194, the presence of women in parliaments exceeds 40%.

Therefore, under the premise of rebuilding public space, the sphere explores the role of three basic structural elements that are institutions, mobility, and third spaces or places. It is made up of six rings: The factory, the third space; Institutions such as mini-cities, New mobility, Private space as the eyes of public space, Building over time and Conciliation between private life and work.

In short, it is intended that these "new places of thought" are a source of inspiration and questioning for everyone, without distinction of any gender. As its author maintains, the exhibition seeks to follow the experience of all these women, whose learning and inspirations were based on male tutors and teachers, to promote a form of practice and thought where their differential culture, their legacy, their sensitivity, their antecedents, and their social role are capable of actively shaping the way architecture is defined. Izaskun Chinchilla's idea focuses on bringing heterogeneity to a field quite dominated by a very homogeneous racial, political and cultural background. 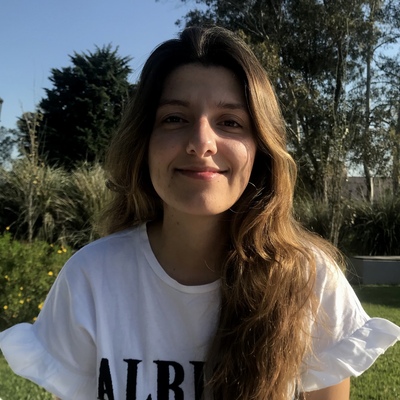